When speech runs roughshod over privacy, private property, and freedom of religion at the same time, it’s not free 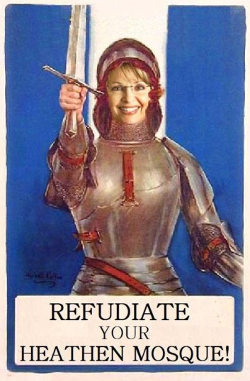 I am a Unitarian Universalist and once again one of the churches of my religion has come under attack by the haters, specifically those so-called “Christian” ones.

Sunday, July 20, members of Operation Save America, an offshoot of the radical anti-abortion group Operation Rescue, invaded a Unitarian Universalist church sanctuary in New Orleans during services and, during what was supposed to be a moment of sacred silent reflection in memory of a long-time member who passed away last week, interrupted the service and began to loudly spew their hate, calling the church an abomination and its members sinners. From the article:

The disturbance took place as the congregation was holding a moment of silence for a member of the church who had died the week before, said the Rev. Deanna Vandiver.

“Into that sacred silence, a voice began to speak, and it began to speak about ‘abominations,’ ” Vandiver said. The protesters were shouting that the church was not a true faith, she said. “Literally in our most tender and vulnerable space, religious terrorism began.”

The congregation was stunned at first, unsure what was happening, Vandiver said. She then invited the protesters to stay if they could join or observe the worship service respectfully, and if not, to take their protest outside the building. The congregation began to sing, and church leaders then began to lead the most vocal protesters outside, though a few chose to stay quietly through the remainder of the service.

After spewing their hate at a liberal church, the group then moved on to invade the neighborhoods in which two New Orleans abortion providers reside.

On the group’s webpage (via donotlink), they refer to the U.U. church as a “church,” with the scare quotes, implying that our churches are somehow less than legitimate, and the minister as the “minister,” again with the scare quotes. They furthermore call the Unitarian Universalist sacred space a “synagogue of Satan.”

My religion is one of beauty, tolerance, inclusion, free-thought, and peace, the modern merging of two faiths, Unitarianism and Universalism, with deep colonial American roots.  At a time when existing Christian churches put great emphasis on the trinity, there arose a fringe minority that believed instead in a single deity. Critics of this minority mockingly referred to them as “Unitarians.” The group took the mocking term and made it their own, referring tothemselves evermore as “Unitarians.” Around the same time, when prevailing religious thought included a firm belief in predestination, the idea that only a select few are destined from birth for heaven, there arose another fringe minority who believed that all people could, with right living, possibly get to heaven. Critics mockingly called these people “Universalists,” referring to the belief in a universal opportunity to get to heaven. Like the Unitarians, the Universalists took the name given them by their critics and officially made it their own. If you do not believe that only a predestined few can get into heaven, believe instead that with right living all people may achieve union with deity, you have been influenced by Universalism. Furthermore, at a time in early American history when everyone was required to pay a church tax to support the one officially recognized church in their area, it was Unitarians who sued for and won the right to opt out of financially supporting the official church. If you appreciate not having to pay a tax to an official government-recognized church whose teachings likely do not even match your own beliefs, you can thank a Unitarian today. You’re welcome.

With the modern merging of the Unitarian and Universalist faiths, Unitarian Universalism largely shed its Christian roots. Today, the U.U. church ascribes to no particular religious dogma. You can be a U.U. and still be a Jew or a Christian or atheist or agnostic or humanist or Wiccan or Buddhist orwhatever works for you. To be a U.U., you do however have to believe incertain things. These things are listed in our seven principles:

That’s it. That’s what we all believe in. Beyond that, we are all free to follow our own spiritual paths.

We also have what we call a “living tradition,” our inspirational sources:

Direct experience of that transcending mystery and wonder, affirmed in all cultures, which moves us to a renewal of the spirit and an openness to the forces which create and uphold life;

Words and deeds of prophetic women and men which challenge us to confront powers and structures of evil with justice, compassion, and the transforming power of love;

Wisdom from the world’s religions which inspires us in our ethical and spiritual life;

Jewish and Christian teachings which call us to respond to God’s love by loving our neighbors as ourselves;

Humanist teachings which counsel us to heed the guidance of reason and the results of science, and warn us against idolatries of the mind and spirit;

Spiritual teachings of earth-centered traditions which celebrate the sacred circle of life and instruct us to live in harmony with the rhythms of nature.

So we draw inspiration from all over. In a U.U. church on Sunday, you are probably more likely to hear passages from the works of Ralph Waldo Emerson than from the Bible.

In our Sunday schools, children are taught about all sorts of different religious beliefs, especially at the elementary and junior high levels. With that foundation in place, we begin at the high school level to encourage older teens to begin thinking about what their own moral and religious beliefs are becoming. This is definitely not a time of indoctrinating young people but rather a time of encouraging critical and free thinking. I once happened to be present for my own daughter’s Sunday school class when the teacher posed the question “Is it okay to be mean to someone who has been mean to you first?” While all of the other students took the position that it was not acceptable, my daughter alone said that it was acceptable. The teacher was obviously jazzed to find a difference of opinion. She encouraged my daughter to further critically explore that line of thought, encouraged her in defending it against any challengers, and finally supported her in standing by it if that was her sincere conviction. Also in U.U. Sunday school, we have adynamite sexual education program called “Our Whole Lives.” It took seven solid years to craft and we U.U.s are very proud of it. It isdefinitely nothing like abstinence-only sex ed:

The Our Whole Lives program operates under the idea that well informed youth and young adults make better, healthier decisions about sexuality than those without complete information. OWL strives to be unbiased and teaches about heterosexual, bisexual, homosexual, and transgender sexual health. In addition to information on sex, OWL is intended to help children, youth, and adults to be emotionally healthy and responsible in terms of their sexuality.

Unitarian Universalism is a liberal religion in the sense that we are spiritually open and diverse, but it also happens to be that nearly all of our members are, politically speaking, liberals. Our ministers were performing full marriage ceremonies for gays and lesbians before any other church in the United States. We were also pioneers in welcoming women to the pulpit as well as early fighters for the causes of abolition and racial justice.

Our liberal church has been the target of abuse well before the disturbing events in New Orleans last Sunday. Outside of our churches, we proudly display rainbow flags, making it known to members of the LGBT community that they are most definitely welcomed within. All around the country, we have had those flags repeatedly ripped, defaced with swastikas, burned while still attached to the church buildings, or simply stolen. Many times, our church buildings have been painted with swastikas or other graffiti and our church signs are likewise repeatedly defiled. The Unitarian Universalist Association has found it necessary to post an entire page advising congregations how to deal with hate crimes. In 2008, a gunman opened fire inside the Tennessee Valley Unitarian Universalist Church in Knoxille, Tennessee, during a youth performance of a musical, killing two and wounding seven more. It was a hate crime. A police officer quoted at Wikipedia stated the following:

During the interview Adkisson stated that he had targeted the church because of its liberal teachings and his belief that all liberals should be killed because they were ruining the country, and that he felt that the Democrats had tied his country’s hands in the war on terror and they had ruined every institution in America with the aid of major media outlets. Adkisson made statements that because he could not get to the leaders of the liberal movement that he would then target those that had voted them into office.

Adkisson’s ex-wife had at one time been a member of the targeted U.U. church – he definitely knew where to find a gathering of the liberals and Democrats he sought on a Sunday morning (Incredibly, one of the complaints he listed in his “manifesto” was that his food stamps were being cut. So he wanted to kill liberals and Democrats. Riiight. Not only dangerous but just plain dumb.).

The Unitarian Universalist Association has publicly taken a strongly pro-choice position on the abortion issue, which is why Operation Save America targeted a U.U. church. The U.U.A. resolution to which I have linkedvery nicely lays out the ethical argument in favor of women’s bodily autonomy. It is a very good read and also a short one. I greatly encourage you to check it out. I especially appreciate my church’s emphasis on recognizing the work of feminist theologians on the matter.

I am deeply disturbed by this latest attack on Unitarian Universalists, this time right in my hometown. The minister of the U.U. church targeted last weekend has called the incident “religious terrorism” and I agree that that’s what it was. We would never invade Christian sacred space loudly reading from Ralph Waldo Emerson and we have every right to expect that no Christians will invade ours loudly quoting from the Bible, so Christians, police your own. I call on any member of a Christian faith community who might be reading this to work within your own faith community to get said community to issue a public statement, via all available media, condemning in the strongest possible language any manner of attack on the liberal church. If “Christians” like these do not speak for you, then say so.