I Don’t Know, Man: A Tribute to Harvey Pekar

Harvey Pekar would have turned 71 today.

I imagine that in between a phone interview or two, he would’ve found time to write a bit, listen to some old music, write some more, tape up his favorite winter coat, misplace his keys, complain about something frivolous, write some more, flash a grin at some point and end a sentence with “man,” and 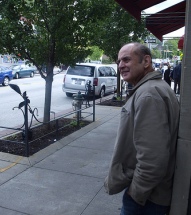 perhaps spend a few reflective moments looking out the window at the gray October sky of Cleveland Heights.

The esteemed chronicler of quotidian America passed away on July 12 of this year, surely having gained some measure of satisfaction that he contributed something worthwhile in life as he set out to do, and just as surely second-guessing that notion.

In tribute to Pekar, Scholars and Rogues invited cartoonists and artists—among them distinguished veterans, rising stars, and enigmas from dark corners of the underground—to illustrate panels accompanying text about events in his life, in the manner that Pekar produced his classic American Splendor series. Each week from October 2010 to January 2011, individual contributions were highlighted, but with the conclusion of the series they’re all now gathered on this page permanently. (Click on the images to see full posts.)

And bless you, Harvey, wherever you’re fretting… you gained much more than a footnote in history. 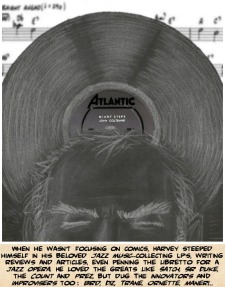 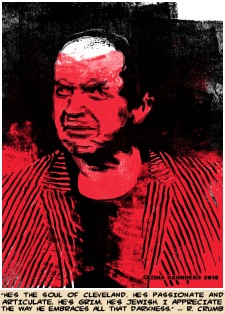