What does it mean to be a “good ancestor”? 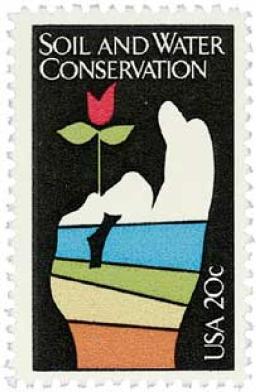 I heard a comment a few weeks ago about someone who wanted to be thought of as a “good ancestor.” It has stuck with me, and I have been wrestling with what, if anything, is meant by the phrase. It’s a serious attempt to capture something that up to a decade or two ago would never have been in question. Up until recently, ancestors generally were good in the same way. They tried to make a career and livelihood for themselves that could be passed on to their children, or to equip their children with the tools necessary to survive and, hopefully, to prosper. My grandparents took this responsibility seriously—this is why some of them emigrated to America from Germany. And this sense of responsibility preceded them by generations, and was passed on to their children, who tried to, and sometimes even succeeded in, passing it on to my generation. Leaving the world a better place was a given.

But the world has changed. All of this took place in a world that seemed to have no limits—natural capital, if it was thought about at all, was thought to be inexhaustible. But we know now that this is not true. Not only is natural capital, the foundation of the global economic system, exhaustible, some parts of it (such as water) are being depleted at a more rapid rate than anyone could have anticipated. Consumer capitalism—what the poet R.S. Thomas referred to as “The Machine”—turns out to be considerably more rapacious than anyone thought possible—although there were voices crying out against it for decades, back to Thoreau at least.
Then there’s, you know, that climate thing, the one that’s bound to create hundreds of millions of environmental refugees worldwide, and heaven knows what damage once the glaciers and polar ice caps have decided to give up the ghost.

This changes everything, as Naomi Klein has written. It means that the world we are passing on to our grandchildren needs to be looked at with a different stance than how our grandparents looked at the world. In fact, virtually none of the assumptions made about the relationship between ancestors and descendants that would have characterized our industrial cultures up to now can be expected to hold going forward. The world is changing too rapidly—and by that I don’t just mean politics, and economics, and culture—I mean the physical planet. We’re in the Anthropocene now. I’ll be gone at some point, but my grandchildren, and theirs, will be dealing with it. They’re the ones who I need to apologize to if I’m not dealing with some of this. I’m fully prepared to believe that my generation, the leading edge of the baby boom, has turned into a “generation of sociopaths.”  That doesn’t mean that I have to be part of that cohort. I’m trying to be in damage limitation mode.

So what does being a good ancestor entail now? Explaining to my grandchildren that their lives will never be as easy as mine has been? Explaining to them how consumer capitalism shows every signs of making the planet unlivable? This is going to be a bit complicated, since the oldest one is still only nine, and the youngest six months. But all of this is just making excuses for the crappy job we’re doing of saving anything. What I really need to explain to them is that I did something to try to forestall the inevitable collapse. And, even better, that perhaps I was able to accomplish something that actually helped, that actually made some sort of difference.

This concern also has been spurred by having just finished Paul Kingsnorth’s recent collection of essays, Confessions of a Recovering Environmentalist. Kingsnorth’s solution to these various crises is simple—hunker down and hope you survive it. You can see where he’s coming from—the environmental movement of the past several decades has been pretty thoroughly corporatized, as has everything else, but has been pretty ineffective in actually accomplishing anything significant regarding major environmental issues. Instead, it has found a calling in refining various definitions of “Sustainability,” all in the name of preserving our ability to shop cheaply. This all seems a bit harsh, frankly, but that doesn’t make the general message any less true.

Kingsnorth has a larger project in mind here—what he calls Uncivilization. He co-founded something called The Dark Mountain Project several years ago, the purpose of which, according to Kingsnorth, is to provide an alternative to writers and artists for “the stories we tell ourselves”—sort of the opposite of the Santa Fe Institute. What this entails is artists and writers rethinking the relationship between humanity and nature—much like what Wendell Berry, Gary Sanders, Gary Nabhan, and dozens of others have been doing for decades. For Kingsnorth, civilization, with its strong distinction between “man’ and “nature,” is the problem. This applies to the environmental movement as well, which seems to have become as corporate as the forces it is allegedly fighting.

Kingsnorth’s suggestion for action is pretty much what any fan of Wendell Berry and Gary Snyder would expect—withdraw to your own piece of land, work to develop a local culture, and stop contributing to, and hopefully relying on, the global consumer capitalist economic system that currently dominates. Well, aside from the fact that not everyone can do this, it’s not a bad idea, especially if you have a young family, as Kingsnorth does (he currently lives on a farm in Ireland.) The folks over at Front Porch Republic should enjoy these essays, and I did as well, even though I didn’t agree with everything. I’m currently wandering around the North Norfolk coast, and the appeal of localism can be pretty strong.

And yet, and yet…. There still is work to be done. Maybe we can’t take sufficient action to keep global warming to the current 1.5oC target envisioned by COP21. But 2oC or 2.5oC is still better than the 4oC increase that’s likely in the event of us all doing nothing. And if I can get some bondholders to take this issue more seriously, that’s something. I can eat sensibly, and not partake of industrial agriculture, which is one of the things that’s killing the planet. This means I avoid supermarkets wherever possible. I still drive—how can one not drive from time to time?—but only outside of London here in the UK—and even there trains and busses are the way to go. There’s a whole raft of actions I can take to add my bit to this project.

Will that be enough? It might be if enough people do these things—but then, not everyone can grow their own food, or live without automobiles. But these are individual actions that, collectively, can have consequences. And this is the appeal of localism. Whether it’s sufficient to break the grip, both economic and political, of consumer capitalism is an open question. I know that the kind of societal changes that are necessary will only happen through significant political and economic action, and the forces arrayed against me and others are pretty powerful. There are broader actions that could be taken—removing fossil fuel subsidies, for example, which total in the trillions annually, and which actively feed the destruction of the planet. This isn’t likely, frankly, but it makes a good target to shoot for. As Browning said, a man’s reach should always exceed his grasp.

Perhaps the best thing I can do as an ancestor is, as Kingnsorth suggests, take a leaf from old time conservatism and actually take conservation seriously. This means, principally, showing restraint. I can do this. The issue is whether I, or any of us, can get society to adopt this posture—can we get the larger forces at work to show a similar restraint? Under our current economic system, probably not—consumer capitalism relies on consumers NOT showing restraint. Probably the best way to do this is to get people to understand and pay for the actual costs for their energy, and their food, and their military foolishness, and whatever else comes to mind. This means that one pressing objective is getting rid of all subsidies—for the fossil fuel industry, certainly, but for everyone else that pulls resources out of the ground or the oceans. Who knew I would ever agree with the Cato Institute about anything?

But until that happens, no one will know what anything really costs. People can’t be expected to step up and show restraint—sacrifice, in other words—unless they have an understanding of what stuff actually costs. We know that the true costs of energy, and food, and even water in certain regions, are considerably higher than what people actually pay. We need to get those costs back into the system. So my best efforts as an ancestor really should be to raise the cost of everything. This seems like an odd, and counterintuitive, thing to do—and resistance will be furious. But it’s necessary. Citizens and consumers, not to mention investors (my natural constituency), can’t make informed decisions about the future unless they’re genuinely informed.

A number of people have asked me how my retirement is going. Well, great, actually–it looks as if I’ll be quite busy. There’s work to be done.

The above stamp was issued by the US Post Office in 1984 to celebrate 50 years of soil and water conservation. And a good thing, too, given that supplies of both are being rapidly exhausted.