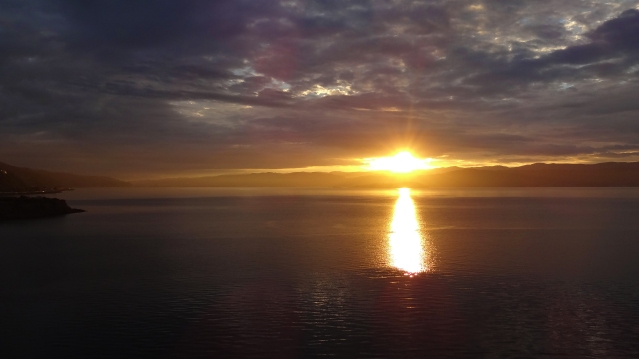 The very first things I wrote about the internet were dark: hate groups, right wing extremists, and their ability to do harm in cyberspace.

Twenty-three years ago I began an academic relationship that would eventually connect me to Scholars and Rogues. In the 1990s, there were a bunch of loosely-affiliated academics who were interested in the burgeoning thing called “the Internet.” The founders of the group had carved out a niche for their work in the enormous and eclectic Popular Culture Association under the name “Electronic Culture and Communications Forum.”

In 1998 I presented my first paper at the annual conference, “The Turner Thesis Revisited: The Electronic Frontier.” I spent the first half of the paper reviewing the “Turner Thesis,” the idea proposed by historian Frederick Jackson Turner in 1892 about the significance of the closing of the American frontier that was indicated by the 1890 US census. Among Turner’s contributions was the conceptualization of the frontier–the sparsely inhabited edge of the United States–as providing a “safety valve” for people who needed to leave their more crowded environments. The need might be based on economics or personal factors. The second half of the paper examined the populating of the internet with a focus on hate groups and extremists.

Every piece of research and writing, when examined in retrospect, has aspects that are still relevant and others that are anachronistic at best.

“Netizens”: The term now makes me cringe. It was one of those nifty bits of jargon created to distinguish between a person’s offline and online selves or personas. The distinction and concept still exists, but with so much of our lives (speaking as a privileged individual in the United States) now online, we’re just people trying to navigate this other place where we live our lives.

John Parry Barlow: I didn’t fully appreciate the complexity of Barlow’s political and economic stances although his involvement in the founding of the Electronic Frontier Foundation was still critical for is enunciation of the rights that should be accorded to online activity.

Antiquated technology references: The essay is a product of its time. Sure–there were online communities based on chat, bulletin boards, and email (“You’ve got mail” was ubiquitous for many people at that stage). The ancestors of our current social media existed. But everything required more skills, effort, and time to produce things which now look like first drafts or rough sketches.

Doxing: The term first emerged in the 1990s in hacker communities and most information that was “doxed” at the time was information that was supposed to be private and protected (think data breaches today). Some extremists doxed their perceived enemies through painstaking efforts on regular web pages:

Of the information-gathering functions used by groups on the Web, the scariest is The Nuremberg Files, a site dedicated to collecting information on abortion providers and pro-choice activists. Their stated purpose is to gather such information as is available in anticipation of the day when their targets will be prosecuted for crimes against humanity. Their files include names of spouses and children, pictures of homes and workplaces, and even license plate numbers.

The Nuremberg Files site was successfully sued and shut down after courts determined that the site posed an actual threat, following the murders of several doctors.

Virtual anonymity: The internet offers individuals the veneer of anonymity. Some people excel at concealing their online activities for extended periods of time for legitimate or nefarious purposes:

Whereas these individuals may be isolated in corporeal society, in the virtual realm they can find compatriots and fellow travelers with the click of a button. While these individuals may hesitate to don white sheets or swastikas in their hometowns, they may do so with virtual impunity in Cyberspace.

Eventually, most people get caught, often because they seek to blur or erase a bit of the line between their satisfying online exploits and more mundane daily lives. Young men in their teens and twenties were attracted to a hyper-violent white supremacist group called “the Base.” Eventually they resorted to e-commerce, snail mail, training camps, and murder. Every one of those activities leaves physical evidence, that led to their devices, that led to their online activities.

Mainstreaming extremism: By the 1990s, extremists in the US were isolated or connected to less that 500 individual groups or chapters of groups. That number grew to over 1,000 by 2018. In the twenty years since my initial research, the groups’ tactics morphed from static web pages to early forays into music and on into video and social media.

One of the common threads that run through right-wing extremist ideologies is the idea that that the mainstream media is controlled by their enemies. The enemies include, but are not limited to foreigners, Big Brother, wealthy corporate elites, Liberals, and, most unoriginally, Jews. Consequently, because of this level of control, many groups view the Internet as their best hope of reaching the public at large.

The growth of hate and extremist groups was fairly steady and through the election of Barack Obama to the presidency, surged after his inauguration and then declined by over a quarter by the end of his second term. The previous high number of groups–1,018 in 2011–was exceeded in 2018 after the election of Donald Trump.

The Trump administration has provided numerous opportunities for  extremists to be hopeful and more visible: its opposition to immigration, its false equivalence on white supremacist protesters and counter-protesters, and its overall tone of belligerence and victimization, to name just three. Like extremist groups, Trump considers the mainstream media his enemies, its reporters the “enemies of the people,” and relies on social media–and now, during the Covid-19 Pandemic–near-daily live news conferences to reach the public directly.

This last development is perhaps the biggest shock–the one I did not see coming. This has required my ongoing resistance, forbearance, and determination. This has required me to return to actively exposing and fighting the darkness that lives online and that has spilled over in ever more hideous ways.

The desire for community and connection: In this I turn away from the darkness and towards the light. Scholars & Rogues has provided my fellow members and me with a community. As I wrote all those years ago:

But, for many, the motivation [to venture out onto the Electronic Frontier] is to make contact with other human beings. . . . Sometimes the contact is limited to the personal web page, a statement of “I compose, therefore I am.”  Consequently one can find the electronic equivalent of the vacation slide show readily available. Others, however, use the Net to find other like-minded individuals for social or political purposes. These people, then are using Cyberspace as a sphere in which to construct new—albeit virtual—communities.

That’s what Scholars & Rogues became: an international community of thoughtful, creative people with something to say and an overwhelming desire to be heard. Although we often had dreams of going viral and making the headlines, that never happened in an extended fashion.

Behind the scenes, the contributors connected, usually via email and later Facebook. We tossed around story ideas, critiqued arguments, argued, and were awed by work that the public would never see. We celebrated our personal milestones, mourned each other’s losses, learned to cope with getting older, and navigated through a world that is sometimes baffling, frustrating, depressing and unforgiving.

And yet, in the midst of this Pandemic, this historic event that eclipses the other events we’ve lived through in the past thirteen years, we continue to connect, our circle has grown, and we fight to get to a better place in the future.

In the words of another Sam, “There’s some good in this world, Mr. Frodo, and it’s worth fighting for.”

I have been honored and proud to have been part of this fight. I am better for it and for knowing my fellow Scrogues.