It appears that I am out of sync. Dates in my journal and dates on the photos and the memory of each day’s locations do not agree. I realized too late that I did not reset the day or time on my camera to the European time zone, so each day in Svalbard is split across two dates. The words below belong to the photos in the last post. This adds to the flow and non-flow of time in the Arctic. Read on.

The trip guides are four women, ~30-ish. Sarah is Dutch but has lived in Svalbard for ~10 years. Kristin and Åhsild are Norwegian, and Emma is Dutch-Australian and lives in London. Kristin and Åhsild are fantastic sources of information about glaciers, geology, currents, and animals, among other things. I haven’t spoken with Emma much yet. Sarah is the lead, well organized, and coordinated. It is an amazing dynamic. They carry weapons and flares and are layered in leather and Gortex, and each has wild hair that says, “Fuck you, patriarchy, I’m a woman, and I’m badass.” Sarah also brought her dog, Nemo, an old husky mix who is very cool and knows the ship routine. They inspire fun and joy and verve.

Lena says the captain looks and acts distressingly like an old boyfriend. Alas.

We were going to sail yesterday with the square sails but, when we got to the wind line at the mouth of Isfjorden, there was no wind. We motored to our next spot, another fjord – there are three openings at the mouth with a barrier island, a narrow strip of rock barely above water, that stretches almost the width of the opening, leaving a narrow channel on either side with wicked currents in each. We came in on the north side, then turned into a small bay with a glacier at the base. A narrow opening after a narrow opening. And we did a landing in the north wind along the spit at the mouth of the bay.

Loose ice from the glacier is piled up against the spit at the mouth. We were given another perimeter, along the moraine, above the main fjord. There is pancake ice packed there and beautiful crystal globes of ice from the glacier. A trapper’s rack hangs carcasses high above the beach out of non-climbing polar bears’ reach.

Motoring out in the morning yesterday, we passed a herd of reindeer, a sub-species only on Svalbard. They are shorter and bulkier and live on the few plants and lichens that live here. Their survival here is stunning.

There was a giant black guillemot colony on the cliff face at the mouth of Isfjorden. Kristin said sailors all know this as the entrance to the Isfjorden. It was a massive triangular wall – I don’t think I took a photo in the end – though I have taken a thousand photos already. So much to see. Landscapes, of course, but also patterns and textures, colors, skies.

Birds on the water – non-sailing yesterday, we saw a lot of birds on the water. Not the summer din and numbers but nice to see eiders, guillemots, a tubenose – fulmar (maybe?), gulls. There were some auks, I think also. The eiders dove and flew ahead of the ship as we came to anchor. I tried to get a few in flight, alongside the boat and water.

The water is sublime. As we left anchor yesterday morning, we moved through pancake ice, very thin and newly formed. This time of year, the freshwater is still flowing into the fjords. Since it is less dense than saltwater, it floats on the surface and freezes easily and earlier than the saltwater. If it stays cold with an early winter, it often holds and thickens. 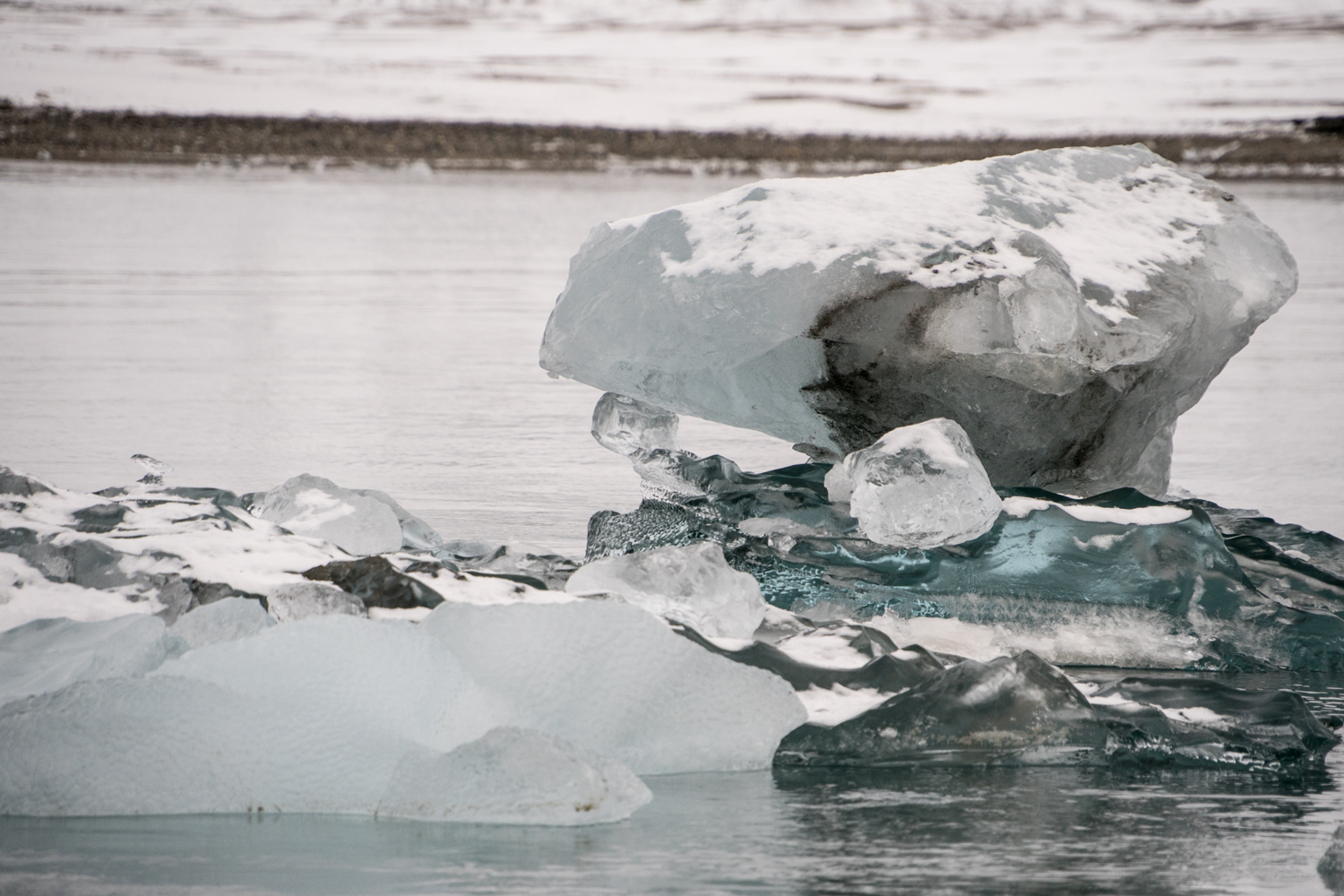 We have had beautiful days –sun and warm air for this time of year. The sailing wind did not come in yesterday when we wanted to sail, but it arrived when we got into the bay and was brutal on the shore. Odd since we were in the protected fjord by then. The crew is talking about the north winds, how strange and strong they are. There are three low-pressure cells backed up to the south of Svalbard being fed energy from northern high pressures, so it is uncertain what will come from that.

I love the sweater I bought in Longyearbyen and can’t imagine where I would be without it. 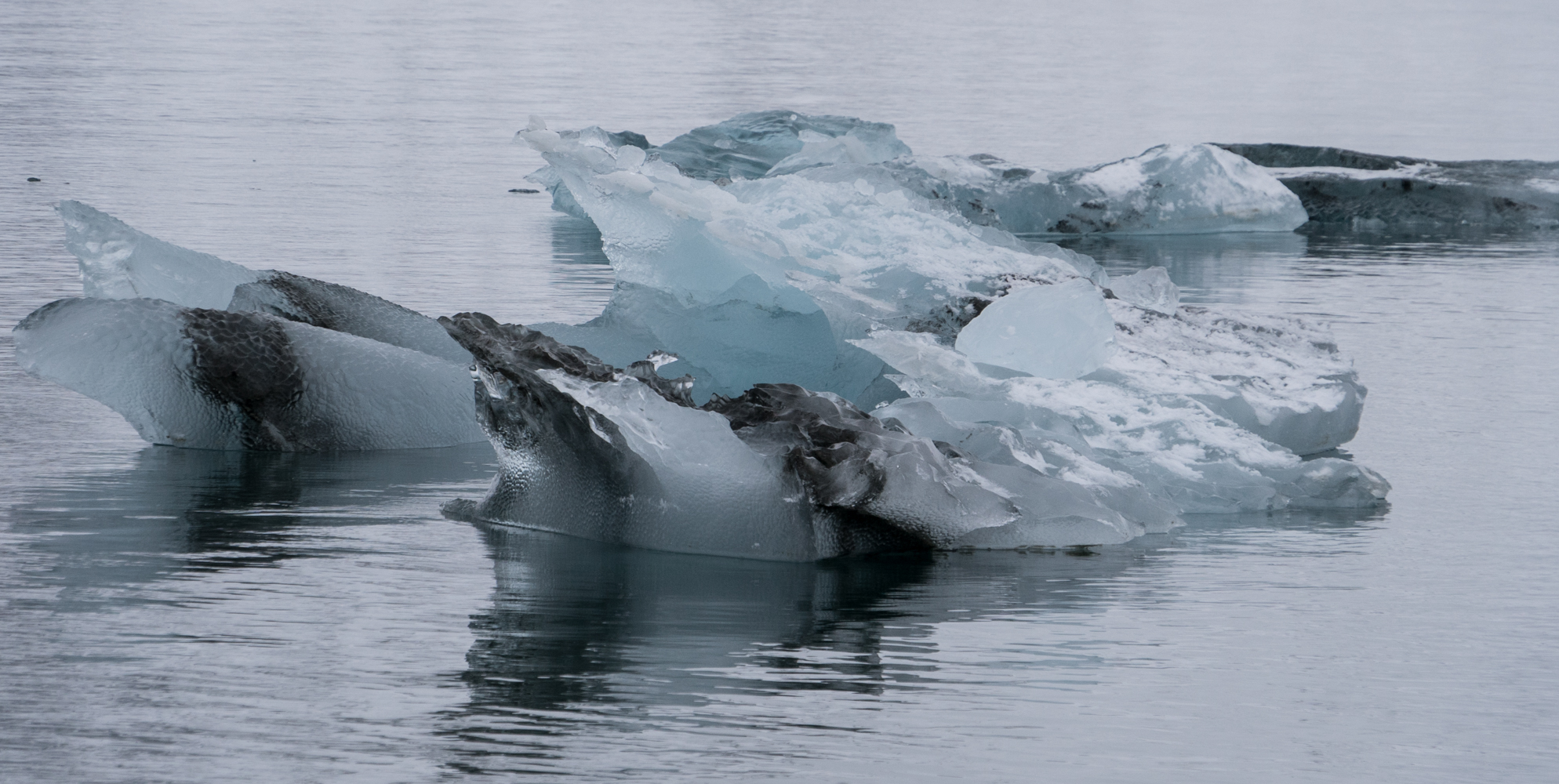