Time to die: On the passing of Roy Batty and Rutger Hauer

With the recent news that esteemed actor Rutger Hauer had died, in the same year that his renowned character Roy Batty perishes in the future noir classic Blade Runner, several Scrogues – not to mention millions of admirers of Hauer, BR, science fiction, and thought-provoking movies in general – were moved to comment on how he and his most famous role had inspired them. Our remarks follow.

Samuel Smith: Blade Runner is my favorite movie of all time and I’ve always thought his dying scene was perhaps the best in film history. And not just the best dying scene. The best scene, period.

Ever since I heard the news of Hauer’s death I’ve been trying to think what I can say that’s worthy. I’m not there yet. So for now I’ll just offer some scribblings from my mental notepad.

As Roy Batty, Rutger Hauer was the spiritual center of Blade Runner, which is ironic since replicants lacked the quality that makes humans human – empathy. But Ridley Scott was telling an evolution story. Batty wasn’t a Nexus-1, he was a Nexus-6, and by the end we see just how close they are to being fully human.

And Hauer was the perfect actor for the role – a brute with the soul of an artist. From “I want more life, fucker” to “all these moments will be lost in time,” he embodied the other thing that makes us human, too – contradiction.

I can’t say how many times I’ve watched Blade Runner (in all its versions). Dozens. But Hauer’s transformation from a mockery of human into the most human thing in the world was truly remarkable.

But these are all intellectual observations. It’s the emotional beauty I still have to find words for…

Mike Sheehan: Anyone who knows me knows my deep and enduring affection for Blade Runner. Rutger Hauer played a crucial part in how that movie changed my life when I first saw it at 14. I’ve measured every science fiction film since against it, including the admirable sequel. Very few have moved me in quite the same way, which is somewhat disappointing. But that’s what it is to be a Gen Xer.

Russ Wellen: I will miss him. Just a couple of years ago he was featured in a strong role, one of his best, on the Syfy horror show Channel Zero. 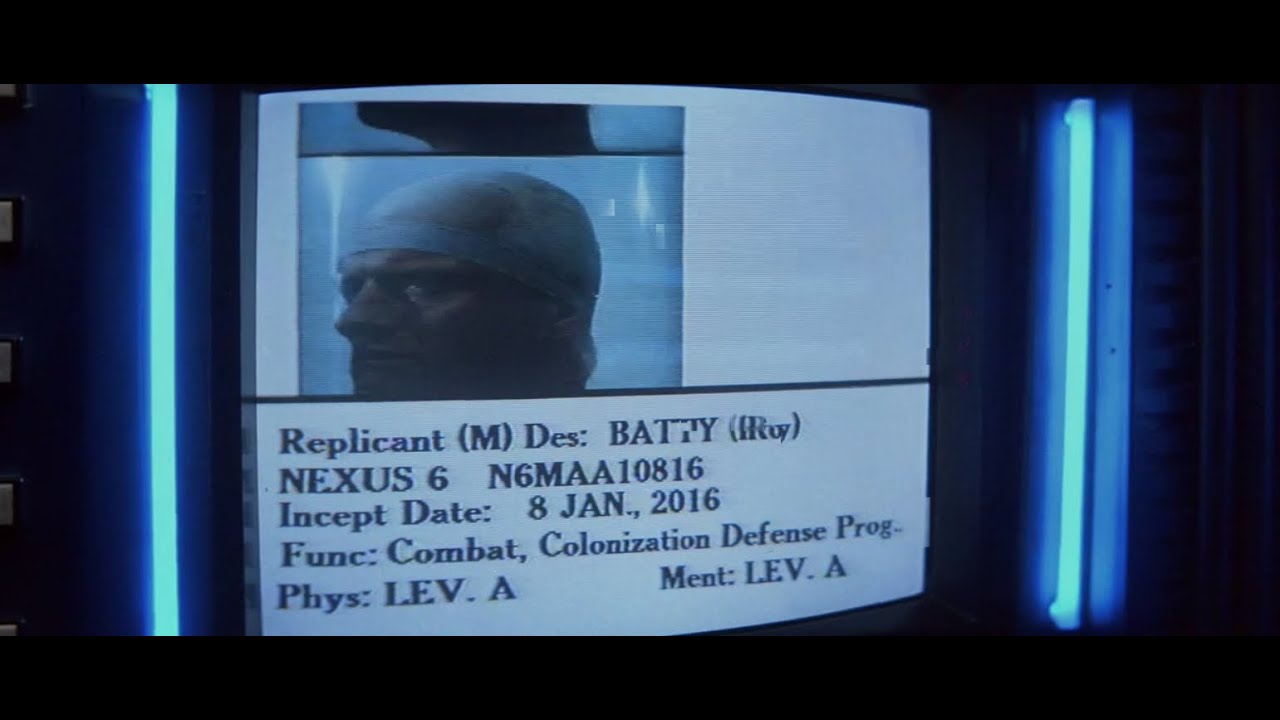 Dan Ryan: I was 18 when I first saw Blade Runner, in 1982 in a strip mall movie theater in Bartlesville, Oklahoma. It was the first show of the day, so I had the entire movie theater to myself.

All alone, in the dark, my life changed forever. I learned what it is to love life no matter how horrible it gets and how close you are to losing it.

Memory is merely a shadow of the time we walk this earth, and it shifts and fades with each rotation of the sun. Unless you live on neon streets where the light never fades and you can’t see the moon.

Michael Smith: Is it me or does it seem odd now that Rutger Hauer was already 37 or 38 when he was cast as Roy Batty – a character who is young, virile and emotionally inexperienced?

Also, his incept date was January 2016. Roy Batty was supposed to have another six months of life, fucker.