Abortion laws are about control 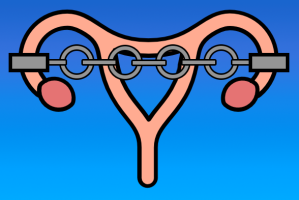 Not surprisingly the S&R writers have been participating in an email conversation over the proliferation of extremist abortion laws: Ohio, Georgia, and Alabama specifically.

Someone suggested a post about the role of women in writing, passing, and supporting these laws, but, as a man, he didn’t know if he should take that on. After some discussions of the roles of religion and how women can be their own worst enemies, I wrote back, “This is as much economic and political as sexual–maybe more.” Then I was asked to explain. So I did.

Not everyone wants to be the Duggars (or can be or should be). And how many Quiverfull parents and other anti-contraception types are on public assistance? That’s not god providing (no matter how they spin it).

Whether it’s the men or the women, this is about greed: they got theirs, screw the rest of you.

Not surprisingly that led to more questions, including “But how is this abortion/women’s rights discussion all about greed? Using kids as a mechanism to harvest public assistance money? Or get TV show contracts?” Read on.

The greed part comes in where women are forced back into a traditional role of mother, wife and homemaker. A lot of the conservatives have emphasized that the economic problem facing white male wage-earners is female wage earners. Women–with or without children–just won’t stay home. They are insisting on working like men; getting paid, like men; being educated, like men. That very shift is a threat. Women just won’t stay home with the kids and live on one salary. Even though that is not a reality in many places.

If abortion and contraception that inhibit implantation of fertilized eggs are outlawed, there will be more women who will be driven out of the workforce and out of school and into more traditional roles. At least that seems to be the hope. Women will have to return to traditional roles. And men will take their rightful places once again.

I mentioned Phyllis Schafly earlier. She was a wealthy attorney married to a wealthy attorney. Despite the fact that she earned a law degree, ran for congress in the 1950s, and was a key conservative activist until she died, she opposed measures which would expand the advantages and opportunities that she had to other women: equal pay, the ERA, etc. How many conservative women fall into that category? It’s OK for them to be activists, educated, and well-paid–they earned it (or inherited it, or married it). But they oppose opportunities for other women and actively work against them.

Sure, there’s a lovely fondant of religion and morality spread over top: “But the babies!”

Women historically were earners in their family of birth until they married, then, historically, they contributed to their husband’s family. Religion, tied to the law through government, was used to control women’s sphere. At home, a woman’s mother was frequently The Enforcer, after marriage it became her mother-in-law. Keeping women in the household productive fell to the women of the household.

Women, historically, had to be available for sex-on-demand (unless they were ritually–often religiously–unclean, usually because of menstruation). There was no way for most women to avoid getting pregnant, her only option was to avoid giving birth.

I have rarely read about working-class women being excused from domestic/agricultural work during pregnancy–that’s an upper class notion. A working-class woman was expected to contribute economically to her household–that’s an acceptable form of work.

If women would just go back to that.

Add to that the presence of women in the political sphere and public square. Can’t we just sit down and shut up?

We are taking what is historically not ours to take. There are a lot of glass ceilings still intact, but women are finding workarounds to bypass them. And people are NOT happy.