This Christmas, what wall would Jesus build? 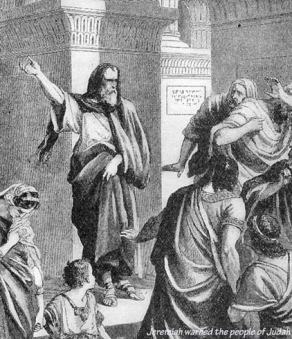 At the moment, I’m thinking more along the lines of Jonah or Jeremiah

I’ve got a friend who is an affected government employee. The expectation at the moment is that the last check’s payroll data had already gone through, so that check should still happen. I’ve got my fingers crossed for her and her family. After that, if the shutdown farce isn’t resolved quickly and the furlough goes beyond two weeks, that starts to affect paychecks.

She’s not one of the high-powered suits in DC. She’s doing work voters had long-since decided needs to be done, whatever it is. It doesn’t matter. She could just as easily be your sister, aunt, niece, cousin, daughter, mother, friend, or neighbor whose foreclosed home would bring down your property value. She’s just folks.

She has kids, mostly grown, with expenses to tend to. College is expensive, I’m sure.
She has all the other normal expenses a person has, you know, the ones you pay month to month based on your income, those means we hear about when people insist in living within them. She’s one of the smart ones who has played the game by the rules and done well for herself. She’s a living case of the American dream still working, and she did it with greater barriers in front of her than some other people have. Men come to mind.

She has a mortgage to pay, one that she has tended in good faith. There’s probably a car note.

Through no doing of hers, she and nearly a million others who are more like us than not in terms of day to day lives, people who played by the rules and did it all right and actually started achieving the American dream by doing work that the American public had long since decided needs to be done…these Americans get to watch in horror as the will of the people is held hostage in Congress over an issue that surely requires a solution. How can we tell it’s not the will of the people?

We have a shutdown because of how badly they disagree over the proposed solution to a problem.

Imagine the sheer arrogance it takes to insist so strongly that only one solution is the right solution, that it is their solution, and that it must be done absolutely immediately, even before a majority of people agree that it’s a good idea at all, much less the best one, and if they cannot have it, then my friend gets to worry about whether or not she could lose everything she’s worked hard for.

So, this Christmas, let’s uncork some of the Christmas sentiments I’ve learned over fifty years of life.

Remember there’s a reason for the season.

Remember there’s a certain “spirit of Christmas” we’re all supposed to embrace. We see it every year in the movies and TV shows (or whatever they’re calling streaming media these days). Every December, we watch some icy-hearted villain be warmed by the surrounding Christmas spirit until he, almost always a he, warms, too, and grows a heart. He finds that virtue liberality of which Aristotle spoke. It is a spirit of generosity where we see how much more valuable is a humble gift given by one brought low than a grand empty gesture given by one who would never notice the loss.

And with the establishment, so simply, of a truism, it’s almost like all the other truisms come pouring out by force.

Aristotle gave us eleven virtues beyond liberality, all twelve of which Paul undoubtedly knew, and not even he found fault with the virtues themselves, for virtue is virtue regardless of the heart in which it finds a home.

Courage is a virtue. It is morally superior to cowardice, fear, and weakness. In days of yore, walls were something one retreated behind. The safety within them was tenuous at best, for if one had retreated within them, whatever strength there had been to hold the field outside the wall has already been lost.

Temperance is a virtue. It is morally superior to rashness and excess. Whatever else may be said of it, the wall is clearly an excessive measure to address a limited problem that comes with great expense. The rashness is evident, if in no other way, in the lack of consideration for unintended consequences and externalities. Let’s say they get the funding for the wall. How much will it cost to execute all the eminent domain claims that will ensure. Which American property owners will that hurt? Do we know? No. Temperance demands that we fully consider the ramifications. What harms might a wall inflict on Americans. What other negative effects might come from building a wall?

Magnificence is a virtue. I love that. Magnificence. It is superior to plainness and ugliness. When looking at the synonyms, I look for the most limiting terms, as I feel they connote nuances that must hold in the others for those others to truly qualify as synonymous. Magnificence requires elegance and grace, nobility and stateliness, richness and splendor. Yet we need a wall because “we can’t even take care of our own.” “We can’t afford the cost of all those illegals.” And we say this while giving money hand over fist to those with the least need. These are the sentiments of the poor and weak, not the magnificent.

Pride is a virtue. Pride comes of self-respect, self-confidence. It is superior to gloom and woe. It is not found huddling inside walls because we’re afraid. It comes not of denying another because we have too little when the signs of plenty are all around us. We can give subsidies to corporate farms and subject our national resources to corporate plundering for private profit, but not 40 acres and a mule to all comers who would work the land and live the dream? But we’re too poor to extend a hand to the most needy. What’s to be proud of?

Good temper is a virtue. Levelheadness. Equanimity. Composure and aplomb. It should be self-evident that these do not characterize the arguments for an immediate wall, even should it mean the suffering of hardworking Americans if that’s what it takes to get their way. Good temper is superior to distrust, anxiety, and alarm, which are the very foundation of any wall.

Friendliness is a virtue. Here we have benevolence, and amity, and comity. Neighborliness and geniality. Compassion and good will. It is superior to exclusion and incompatibility, hatred and hostility. What more need be said here of the motivations for a wall?

Truthfulness is an obvious virtue, and plainly morally superior to mendacity and the willful propagation of error. I present here the truth of virtue. Let the pro-wall advocates present their own truthfulness and demonstrate their extreme love of it by their love of Fox and known, unrepentant liars.

Wit is a virtue. Jocularity itself isn’t enough, however, should the wit express those sentiments devoid of virtue, for such wit is merely cruelty and the enjoyment of cruelty for its own sake. Even gallows humor would take pride of place over fear and resentment, doom and gloom.

Friendship is a virtue. Amicability is superior to antagonism, favor to neglect.

And justice is a virtue. Justice is superior to…injustice is just too lukewarm here. Let’s go to the thesaurus one last time.

Certainly vocal proponents of a wall feel that here with this virtue, if with no other, maybe finally they have some justification for their wall. It’s illegality they oppose. Lawlessness. Of immigrants and refugees and asylum seekers they would ask, what of their unfairness?

And so quickly is their hand revealed, for justice without consideration of the other eleven virtues is no justice at all, but the arbitrary hand of tyranny falling upon those rashly denied a small portion of our vast national riches because we are to be so fearful and hostile that we must have a wall to defend Americans so urgently that we will hurt as many Americans as it takes to make it happen.

So, during our annual War on Christmas, as we remember the real reason for the season, the birth of one who preached love and kindness, among many other things, all of which must hold for any of them to, let’s not forget that the family was forced by circumstances, not choice, into traveling overland, complete with all the hazards and risks that involved, and without any of the modern conveniences, only to arrive at their destination and find no welcome, no accommodations. Later in life, he taught us in Matthew to welcome the stranger, lest we go to hell.

WWJD? What would Jesus do?

I don’t know. I’m more of a Jonah type. Maybe Jeremiah. Both fine J’s, indeed. In the spirit of Christmas, however, I am striving to restrain my own vices, to empower my more virtuous instincts, and I’m signalling them because they’re virtues and merit signal. Let me just head our most craven off at the pass before they say virtue like it’s a dirty word.

So here’s my friendly version, wall-builders, and not the roaring imprecations I personally think you so richly deserve. Go ahead. Build a wall. Ignore every last plea for the betterment of your character, all calls to virtue over vice, every last resort to genuine Christian ministry and appeals to some of the most unequivocal Scripture to be found in the entirety of the Bible. That’s your witness, and you learned it from somewhere, and that is why churches that indulge that kind of un-Christian principle are shrinking, not growing. That’s their witness they’re putting the torch to, because faith means always being afraid of everything so it’s more important to hurt as many as possible just to keep the remote possibility of one bad thing from happening. If there’s anything we’ve learned from that kind over the years…bad things that happen to other people are God’s will, thoughts and prayers, and all that. Bad things that might happen? Who needs faith when you have a wall and a cache of arms? It’s all about priorities. If there are indeed pearly gates and Peter is there to put them to the question, well, I wouldn’t want to be them.

Faith like that is no faith at all. Calling it so is grave sacrilege.

My present, then, is this missive, this call to virtue over vice, and by it, may one who lacked a measure now see their way clearly to a better way, one entirely in accord with the teachings of the Gospels. There is a better way. There is a high road. There is, indeed, a morally superior position to take when it comes to the Shutdown of Christmas 2018.

To be fair, I’m open to any clear and coherent argument for the virtues of a wall and its support. All things being relative, one argument better than another, it should be no major undertaking if their objective is so moral as they would have us believe. It would be a present to me.

I’m patient. I can wait. Personally, I can wait for the argument from virtue as long as it takes. The Americans being hurt right now cannot. And if no overwhelming argument for the virtues of a wall can be made, right here, right now, by what virtue should my friend, your sister, aunt, niece, cousin, daughter, mother, friend, or neighbor suffer?

We’re all waiting for the virtuous response.