Is Trump out of his damned gourd? You decide! 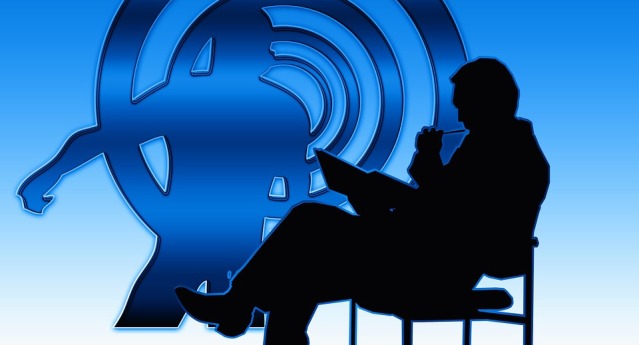 First thing’s first. I should make abundantly clear right here that my use of the term out of his damned gourd is ironic and to the point of highlighting an important issue, the stigmatization of those with mental illnesses, a necessary side effect of recent efforts to unseat our least presidential president ever. It’s a point I hope will gain its own traction.

Scientific American, a magazine I’ve always held in esteem because it has Scientific right in the title (I’m embarrassed) has a piece up that I spotted via Facebook: Psychiatrists Call for Rollback of Policy Banning Discussion of Public Figures’ Mental Health.

When I first spotted the article, I was dismayed. I commented thusly:

How does an ethical mental health practitioner decide on the mental health state of someone they don’t personally treat and for whom they don’t have consult notes? How would they distinguish between authentic symptoms and, quite possibly (likelihood is another issue), just incredibly garish, least common denominator demagoguery and showmanship?

I talked to myself on Facebook by replying to myself thusly. I hope you, Dear Reader, give it some earnest thought before dismissing it offhandedly. My conjecture about ramifications may be off. I encourage you to reply with your own conjectures. The important thing to me at this moment is that we at least try to look at the ramifications and decide for ourselves if any of this is nearly as simple and clear cut as it is supposed to seem to anyone, irrespective of partisanship.

It’s a funny thing about Facebook comments in these community pages set up by publications, isn’t it? We get to be birds on a wire chiming in with our two cents, but very little comes of it. On reviewing the comments, I find a large number of cupcakes and little that’s informative, but maybe there’s room for conjecture here, a bit of anecdote suitable for case study from which actual data might be derived. Most comments get no reaction. Some get a minimal reaction. But it seems the ones that received a comparatively high degree of reaction were of a particularly partisan nature, with two strange outliers.

The most notable of the two is that by Redacted* below, whose comments I commend to anyone reading this. Someone who appears to have established credibility weighed in as a professional on the matter, exactly the kind of event we should hope to see in a quasi-public “informative” forum such as this. Stemming from her informed professional opinion, one discovers a conversation wherein a bunch of Wikipedia experts and someone who should hope her dissert defense committee never sees her comments do their level best to dismiss her on ad hominem and the thinnest of “reasoning,” lacking both validity and soundness.

* This isn’t an interview. I have no release. The thread is at the link above. If she doesn’t want the attention she can manage her own comments but I’ll not name her here.

Then there’s my own from the other end of the spectrum, a confessed partisan as evidenced by my phrasing at the end, but one that seems to understand the professional ethics of the matter without the benefit of a lifelong career. My limited experience in the field as an undergraduate prior to not completing the degree was, surprise, sufficient to have learned this much about professional ethics in the field. This isn’t rocket science, and it’s shocking that it has become controversial.

Another strange phenomenon here is that nobody at Scientific American appears to be interested in building their brand by actually communicating with the forum they host. One gets the feeling that none of what transpires here will have any effect at all on their editorial decisions.

Now, might I pose an additional word of caution, make of it what you will? Partisanship aside, we are entering a time where it becomes incredibly likely we have a 6-3 SCOTUS that would gleefully overturn Roe v Wade. Let us not forget that the principle function of Roe v Wade was not the legalization of abortion. That was a side effect. The principle concern before the court was the hitherto nearly non-existent idea of medical privacy.

If they upend that decision, it is the constitutional protection of medical privacy that could well go up in smoke if they botch the decision.

Should that happen, please consider once again whether remote diagnosis by a physician with no therapist/client relationship is a good idea.

Also please consider the ramifications of the present proposal, that DJT (whom I most earnestly do not support) is certifiably mad according to the particulars of some diagnostic tool. His physician is on public record as giving him a clean bill of health. That I regret his report does not comport with my biases is beside the point. This physician has given his professional opinion on the matter, regardless of who phrased his statements. He is in a position to notice behaviors that merit diagnosis. Trump is surrounded by people for whom I harbor no more than the bare minimum love for a neighbor, many of whom are in a position to notice whether he fits a partisan diagnosis of gongbat insane. His Chief of Staff would perhaps notice. His cabinet might notice, especially Mad Dog Mattis, who doesn’t strike me as one willing to take orders from a madman. The Joint Chiefs of Staff may have noticed. Wall Street tycoons that rub elbows with him might have noticed. His Mar-a-Lago contingent may have noticed.

The ramifications are utterly horrifying. What is proposed is that we live in Game of Thrones under a mad king and that every single last courtier, minister, general, and ne-er do well with access knows and is milking the nation dry, fully taking advantage of the mad king.

If one really believes that on so little basis, might I suggest you pack it in now, because the republic already fell, nobody noticed, and nobody is coming to project you. The vote will be a fraud, and no court, cop, or general will lift a finger for the good of the republic. If all this is true, it’s already been sold to the highest bidders and divvied up. You just don’t know it yet.

It appears to me that the authors of this new notion of expanded diagnostic rights as reported on by Scientific American should reflect on what they propose a bit longer.

Do we have a doctor in the house? What is your professional perspective? Where am I in error? Would you kindly point me to a resource that defends any claim of error on my part? I wouldn’t want to fall prey to an argument from authority, after all.