What is wrong with us that we value a thing, a gun, over the lives of our children? 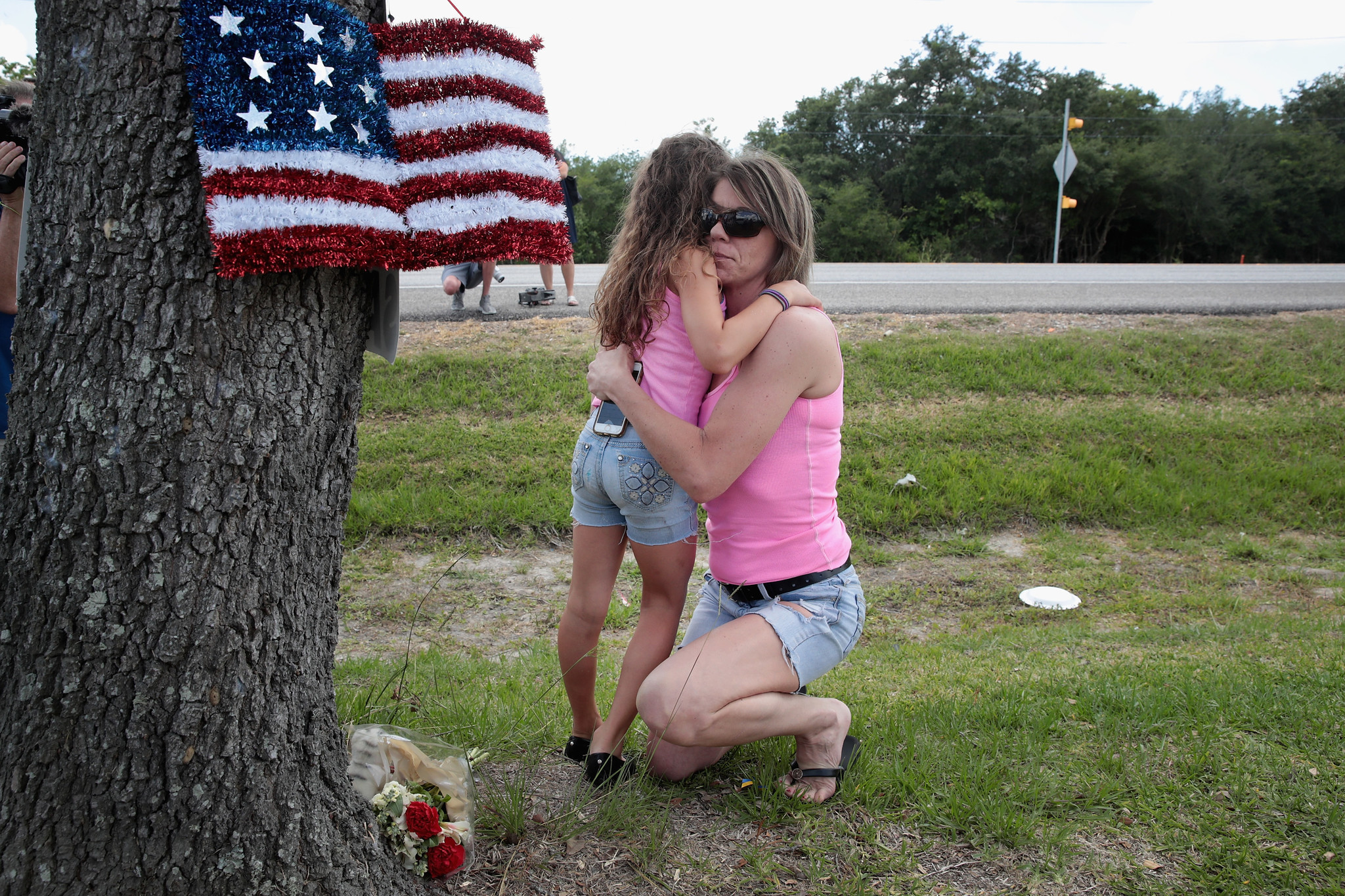 After every mass shooting, The Onion runs the same story – “No Way To Prevent This,” Says Only Nation Where This Regularly Happens. It’s the exact same title every time, only the location changes – from Santa Fe, Texas to Parkland, Florida to Las Vegas to Sutherland Springs, Texas. And on and on. Sometimes The Onion changes the fake name of an interviewee in the body of the article, but otherwise that’s it. The first time they ran this “news” article, it was brutal social satire. That they’ve run it over and over and over again has made the commentary just that more pointed.

The shell-shocked expressions. The red eyes from so many shed tears. Parents collapsed on the grass or pavement. The stony faces of people unable to process what just happened. Young adults clinging to each other in hopes of finding some safe port from the storm. Seeing all these make my heart ache, and the heartache grows with every school shooting.

I can’t even imagine what it would feel like to find out that a school shooting happened at my children’s school, and yet every shooting I imagine that very thing. I’d need to clamp down on everything in order to stay even remotely sane in the midst of my terror and, possibly, my own bottomless grief. How would I be a safe port for my wife or my children while still processing my own grief? Running the scenarios through my head is mentally and emotionally exhausting. Sometimes I just want to shut down, curl up into a ball on my couch, and quietly cry myself to sleep. But just like my children do active shooter drills at their middle school (and soon to be high school), I do “active shooter aftermath” drills in my head. Anything less seems like I’m failing in my parental and spousal responsibilities.

What is wrong with us that we value a thing, a gun, over the lives of our children? How can I possibly look my children in the eye and tell them that they’ll be safe going to school on Monday, or when school starts up again in the fall? Sure, I can quote statistics at them and say that the probability is that their school will be fine. But then again, so could the parents who sent their kids to Santa Fe High. I can tell my kids that the staff (including my wife) are keeping an eye on things and have been trained what to do if there’s an active shooter. But the same was true of the Parkland parents. I can train my kids in martial arts so that they can protect themselves and their friends, but it doesn’t matter how good they are at kung fu, no-one can block or dodge bullets. And it shames me that I can’t offer them something more; that no matter what I do, it’s simply not enough. And it feels like I’d be lying to them if I tried to give them assurances that ring false even to me.

It was after Parkland, though, that I decided to loosen the leash on my inner core of rage. Because it’s not right that the NRA and even more radical pro-gun groups like Colorado’s own Rocky Mountain Gun Owners put their access to a thing over the lives of children. It’s not right that Congress ignores the public’s interest in reasonable gun controls because Congresscritters are beholden to gun lobby money. It’s not right that brown-skinned gunmen are labeled “terrorists” while white gunmen are labeled “mentally ill.” And it’s certainly not right that mass shootings, gun crimes, and suicides committed with guns take the lives of tens of thousands of Americans every year.

Some say the world will end in fire
Some say in ice.
From what I’ve tasted of desire
I hold with those who favor fire.
But if it had to perish twice
I think I know enough of hate
to think that for destruction ice
is also great
and would suffice.
– Robert Frost, Fire & Ice