English as the official language? What does that even mean?

I must admit, I’m a bit confused by what people want when they want English as the “official” language.

On the one hand, I get it if it’s all about making English the one language in which federal communications, laws, regulations, forms, and other printed materials are rendered as a cost-saving mechanism. I’ve got qualms, but no deal-breakers. By way of anecdote (from a friend), when your federally funded social work clinic is getting challenged in court because you don’t have HPV pamphlets in Hmong when you’ve got them in Vietnamese and Spanish already, showing a good faith effort to serve the community, language inclusiveness is maybe a bit out of hand.

But then we see the occasional video of some ahole going off on someone in public for not speaking English, like public English oughtta be the law or something, and I hope that opposite extreme isn’t what people mean because that’s just crazy talk. What, someone grinds my gears in public and I say, “iss eine Tüte Schwänze,” I’m a felon, but not if I say, “eat a bag of dicks?” How is that supposed to work. You call 9-1-1 because the bad man said something rude and you couldn’t understand him? How many cops want that call? Don’t they have other, better things to do?

There’s one angle where I can see the point from that end, and it’s the case of employers requiring potential hires to be bi-lingual, often in Spanish, which, by golly, is keeping perfectly good not-life-sustaining American jobs from English-only speaking Americans. There’s just that whole uncomfortable part about businesses being free to hire the best people for the job at hand, which might happen to be getting the customer’s order right in a friendly, efficient, McProfit kind of way when the customers come at you with orders in Spanish because that’s how they exercise their free speech. The best salesperson, brand ambassador, and order fulfillment specialist for that market segment might just be the one who can do that. Maybe EEOC could help, instead. There’s got to be some way for someone who’s not qualified to get the job, right? If that’s the intent, I think it only looks good on paper, maybe, because the rest of it runs afoul of so many other principles. 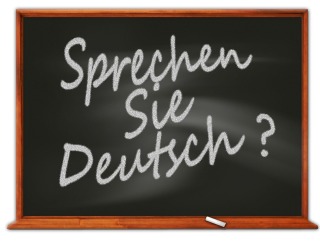 So, what’s really meant by “make English the official language?”

Whatever it means, can’t we just make my horrible version of verbosity and stylistic excesses the official national language instead? Just plain ol’ English is a pretty low bar to set for official purposes, which is the only place “official” language matters, right?

Get a government form now, and it’ll have a bit at the bottom about thousands in fines and years in prison written so that it’s thin on plot and has no character, but wow did it have my style down pat.

If plain ol’ English were the “official” language, how should that bit read? “You must tell the truth. You lie, and we catch you, it’ll hurt, and it’ll hurt this much. Unless you’re rich, then we’re cool.” Maybe we should get someone from the comment section just about anywhere to write everything in plain ol’ English for us, with all the traditional elements like ALL CAPS, creative punctuation, and phonetic misspellings that show they don’t even know what the word sounds like, either, but that’s okay because it was the wrong word choice to begin with.

If I were a shill, this ad for Official Inscrutable English would be paid for by the National Trial Lawyers Association. To be fair, I’d shill for the Association of Politically Incendiary Illiterati, but they have a hard time organizing what with the words to read and papers to file, so…no marketing budget. A pity, that.