As my friend and bandmate Steve and I drove back to his house from the service, we laughed about achieving one of any serious Southern rocker’s bucket list goals – we’d gotten preached against from a pulpit.

“Jesus don’t want me for a sunbeam/Sunbeams are never made like me…” – The Vaselines, Nirvana 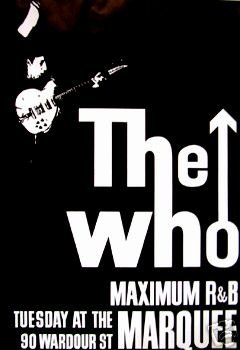 An incident at the memorial service for my friend and former bandmate, Mike, about whom I wrote a recent reminiscence, has been rattling around in my head for several weeks now. During that time I’ve finished reading the next to last book on the 2017 reading list, Reverend Emmett Barnard’s Rock ‘n’ Roll Ripoff! It’s one of the first of the religious right’s attacks on rock music as the ruination of American youth as well as one of the early salvos in the culture wars that movement has been waging for over 30 years.

As an academic and scholar, my view of Barnard’s book, which he presents in the form of a scholarly monograph, is that it’s a terrible book. It’s  poorly written, weakly sourced, and generally sloppy. Repeatedly, Reverend Barnard displays a profound lack of knowledge of his subject, and the work is rife with factual errors.

Barnard, for example, identifies Paul Revere and the Raiders in the following passage:

Then of course, in 1963, the Beatles entered the scene, and a new era was born. This opened the floodgates to many English groups: Herman’s Hermits; the Dave Clark Five; Paul Revere and the Raiders (emphasis mine); the Rolling Stones and many more.

Paul Revere and the Raiders were from that most English of cities, Boise, ID.

Rock ‘n’ Roll Ripoff! is loaded with this kind of factual error. Egregious enough, to be sure. But Reverend Barnard is less interested in scholarly accuracy than in warning his readers of the insidious evil of rock and roll music. To do that he is willing to present information in ways that move beyond (possibly excusable) factual error into the questionable territory of misleading the reader. Here he discusses music from 1970, a year in rock notable for the “Jesus freak movement,” a short lived fad in rock’s long and checkered history:

Interestingly enough, in 1969 and 1970, ten percent of the rock ‘n’ roll recorded songs had a religious theme, though not necessarily Christian…. In 1970, Cashbox magazine reported that Norman Greenbaum’s song “Spirit in the Sky” was the year’s top moneymaker. Other songs included: “Let It Be,” by the Beatles; “Bridge Over Troubled Water,” by Simon and Garfunkel; “Amazing Grace,” by Judy Collins; “New Morning,” by Bob Dylan; and “Stage Fright” [!] by the Band…even…George Harrison was singing “My Sweet Lord,” with the background singers singing “Hare Krishna.”

This in itself isn’t misleading (though “Stage Fright” has no business being in the list above). Where Barnard moves beyond simple error into deliberate misrepresentation is in this aside he tosses off:

“Hare Krishna” means Prince of Darkness, by the way.

Hare Krishna doesn’t mean “Prince of Darkness.” But you knew that. I could offer a dozen more examples from the book, but that seems pointless. Barnard engages in the sort of delusional behavior in Rock ‘n’ Roll Ripoff! that we’ve come to associate with the Evangelical Right: misapprehension and even misrepresentation of facts in order to fit them to a predetermined narrative based on a belief system that is seemingly incapable of either, it seems, flexibility or rationality. Rock ‘n’ Roll Ripoff! is, to use an old Southern Baptist phrase, “preaching to the choir.”

And that, as John Donne would say, “…makes me end where I begun.” I mentioned at the opening of this essay an incident at my friend Mike’s memorial service. Mike and I had been somewhat estranged over the last few years. Mike became a “born again” evangelical Christian about 20 years ago, a move that affected our friendship slightly but that we overcame by consciously avoiding the topic of religion and focusing on our mutual love of music. At the memorial service the preacher talked a good bit about how Mike had once lived a “wild and unrepentant” life, even having allowed himself to belong to a “locally famous” rock band, Backyard Tea. But then Mike found Jesus – or Jesus found Mike, I’m unsure exactly how the whole experience works – and his life became “worth living.”

As my friend and bandmate Steve and I drove back to his house from the service, we laughed about achieving one of any serious Southern rocker’s bucket list goals – we’d gotten preached against from a pulpit. When we got back to his place I dialed up a tune on my iPod for him. Here it is for you: