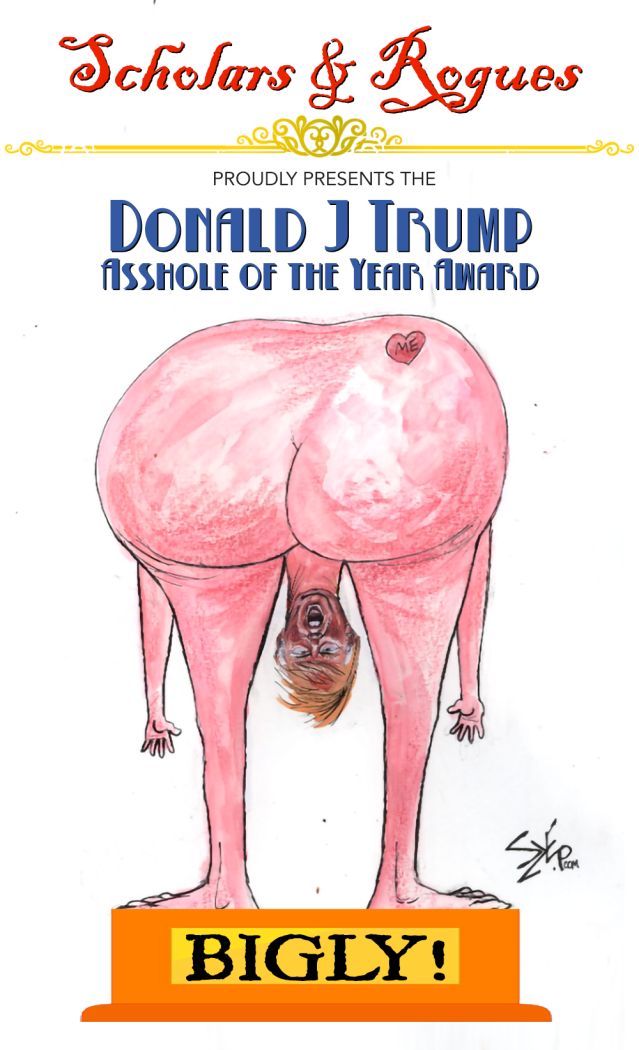 You’re probably thinking, “Gosh, what a great choice. If only the Nobel Committee could find such tremendous role-models every year.” Except, at the time, that was anything but clear.

1993 was a traumatic year in South African history. Chris Hani, the exceptionally popular and talented firebrand leader of the South African Communist Party, was assassinated by white nationalists. AZAPO, a military faction and ANC-breakaway, murdered four policemen. ANC and Inkatha supporters were murdering each other in the streets. There were terrorist attacks in Cape Town on the St James Church and the Heidelberg Tavern (a favourite of students, and a place I often visited). The South African military massacred five children. The ANC was exposed as having committed human rights abuses in their military camps in Zambia and other parts of Africa.

It wasn’t certain that either of Nelson Mandela or FW de Klerk had the authority or personal commitment to deliver a peaceful transition to democracy or majority rule. Certainly, the first hesitant steps had begun, but neither Mandela nor de Klerk had earned that prize just yet.

Mostly, when the Peace Prize is awarded it is a tentative declaration of a higher aspiration.

Sure, you get your occasional Archbishop Desmond Tutu who is universally admired and who has – through immense personal compassion and humanity – placed him- or herself in the path of oncoming carnage, stared it down, and brought about social change.

Certainly, these people had the credentials and authority to be peacemakers – they weren’t Robert Mugabes or Vladimir Putins, men more interested in looting and keeping power than in inclusive development – but they had not yet made peace.

Similarly, when the prize is awarded to representatives of social or political movements – the International Campaign to Abolish Nuclear Weapons, or the Organisation for the Prohibition of Chemical Weapons, or the Intergovernmental Panel on Climate Change – it is not that the Committee believes these organisations can actually end these problems.

The Nobel Committee, through their award, are not saying, “You’ve earned this.” Instead, it is a plea, sometimes general, sometimes inordinately, personally, specific:

“Please don’t fuck this up. Please, don’t be an asshole.”

And, in 1991, the Nobel Committee awarded the Peace Prize to Aung San Suu Kyi.

Aung San Suu Kyi should be a peacemaker 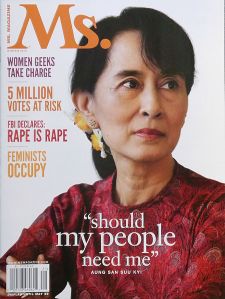 Aung San Suu Kyi is our Trump Asshole of the Year for 2017 – image: Liberty Media for Women

On paper, Aung San Suu Kyi would appear to be a worthy Peace Prize winner. She won Burma’s 1990 elections with an overwhelming 81% of the vote, and was promptly placed under house arrest by the military junta which ruled the country.

She remained in confinement for the next 21 years. However, unlike Nelson Mandela, she renounced violence and any armed struggle, and sought dialogue with her military jailers.

Awarding her the Peace Prize was as much recognition of her struggle as a request from the international community to the Burmese military that they not murder her.

In 2012 she – Nelson Mandela-like – was able to compete in multi-party elections and take up a seat in parliament. In 2015, her party took an unprecedented 86% of the vote and has come to dominate post-military Burma.

So far this is a South African-style transition to democracy feelgood story.

Except, we’re not awarding Aung San Suu Kyi our Trump Asshole of the Year for 2017 for nothing.

Instead, Aung San Suu Kyi is an asshole

Lest it not be clear, what is happening in Rakhine State in Burma/Myanmar is genocide. 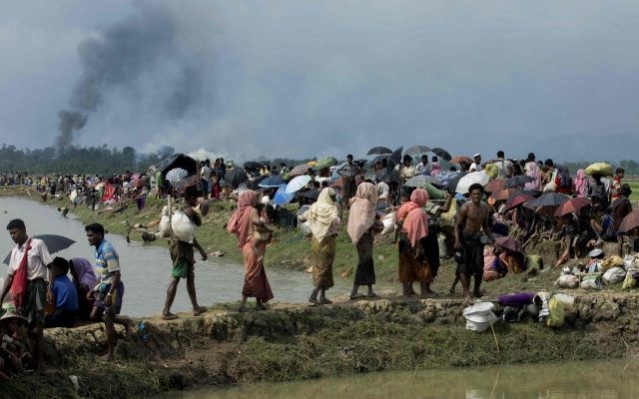 More than 650,000 people have been forced from their homes and villages and driven out of Burma where they now sit in a swamp in Bangladesh. More than 6,700 people were murdered, including 730 children in only August 2017. Women report mass rape, torture, arson and infanticide.

The violence is lead by the Burmese military with complete support from the Burmese government. That government is led by Aung San Suu Kyi.

It is no good saying, “Well, actually, Burma is still controlled by the military.” Aung San Suu Kyi has near universal political support. She could easily stand before parliament and speak to her people, declaring that the Rohingya are also Burmese, that they are also citizens, that they are fellow countrymen, fellow humans, who deserve compassion and respect.

She could invite them home. Demand accountability. Demand the military hold back.

But she has not. She will not. She does not care. She is complicit.

As Archbishop Desmond Tutu put it:

For years I had a photograph of you on my desk to remind me of the injustice and sacrifice you endured out of your love and commitment for Myanmar’s people. You symbolised righteousness.

Your emergence into public life allayed our concerns about violence being perpetrated against members of the Rohingya. But what some have called ‘ethnic cleansing’ and others ‘a slow genocide’ has persisted – and recently accelerated.

It is incongruous for a symbol of righteousness to lead such a country. If the political price of your ascension to the highest office in Myanmar is your silence, the price is surely too steep.

With all the advantages of international support and respect. With a universal mandate from her people. With the benefits of her position, she does nothing.

Aung San Suu Kyi is our Trump Asshole of the Year for 2017.

Selecting the Trump Asshole of the Year

I recognise that, for many people, calling our award the Donald J Trump Asshole of the Year is redundant. Simply calling it the Trump would be sufficient, for no person represents the apex of assholedom than a white male born of privilege who has the olfactory-searing ignorance of a rancid corpse, the personal magnetism of the gelatinous mould growing on that corpse, and the moral fortitude of the intestinal contents of said corpse.

He is a pustulent fistula on the asshole of humanity.

However, our award is not merely to recognise the worst asshole of any given year. If that were the case, we would be overwhelmed with choice: Vladimir Putin, Bashar al-Assad, Benjamin Netanyahu, Nicolás Maduro, Marine le Pen, Nigel Farage, Jacob Zuma, Robert Mugabe, Ramzan Kadyrov, Abdulaziz …

Instead, our award aims to recognise the person who should know better, who has the moral authority, and intellectual and social upbringing to do the ethical thing, but who chooses instead to do something poisonous, brutal and lacking in any humanity.

Our runner-up for 2017 is Australian Prime Minister Malcolm Turnbull for his policies on immigration on Manus Island.

Congratulations to the winners. Now go fuck yourselves.

S&R has been honored in recent years to periodically feature the work of Pulitzer-winning editorial cartoonist Paul Szep, and we were gratified when he agreed to provide us with the art around which our Donald J Trump Asshole of the Year Award trophy is constructed. We can’t imagine a more fitting tribute to either the namesake or the recipient. 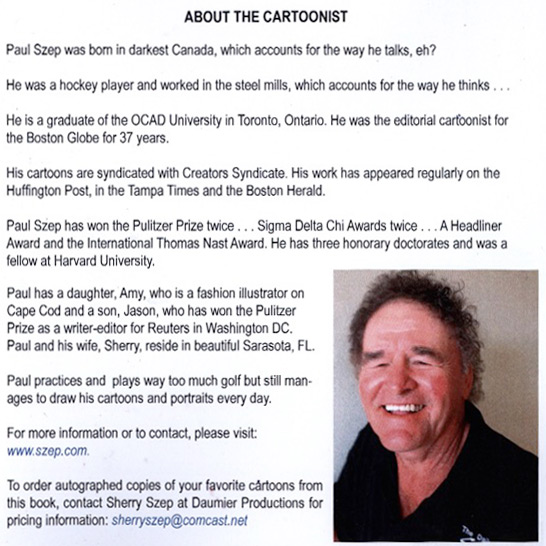