“Nobody, I think, ought to read poetry, or look at pictures or statues, who cannot find a great deal more in them than the poet or artist has actually expressed.” – Nathaniel Hawthorne, The Marble Faun

I was listening to a radio version of Nathaniel Hawthorne’s “Lady Eleanore’s Mantle” (called “The Curse of the Mantle” on the program) on XM’s Radio Classics channel several days ago. As host Greg Bell, a classic radio era expert who serves as host on the channel did his outro, he talked a little about Hawthorne and noted that he was an “American author whose noted works include The House of the Seven Gables and The Scarlet Letter.”

Greg Bell is a skilled announcer and a knowledgeable fellow, and I enjoy his program notes on the history of the programs he presents. He is invariably chipper and pleasant in his delivery, and he is almost always complimentary about the programs.

His remarks about Hawthorne in the quote above are accurate, of course, and certainly Bell meant only to provide a bit of gloss about the story (which comes from Hawthorne’s Twice Told Tales) and its author. But this was one of those times when his chipper delivery and all too brief remarks struck me as all wrong for informing his audience about an author whose work is as brooding and complex as Hawthorne’s. 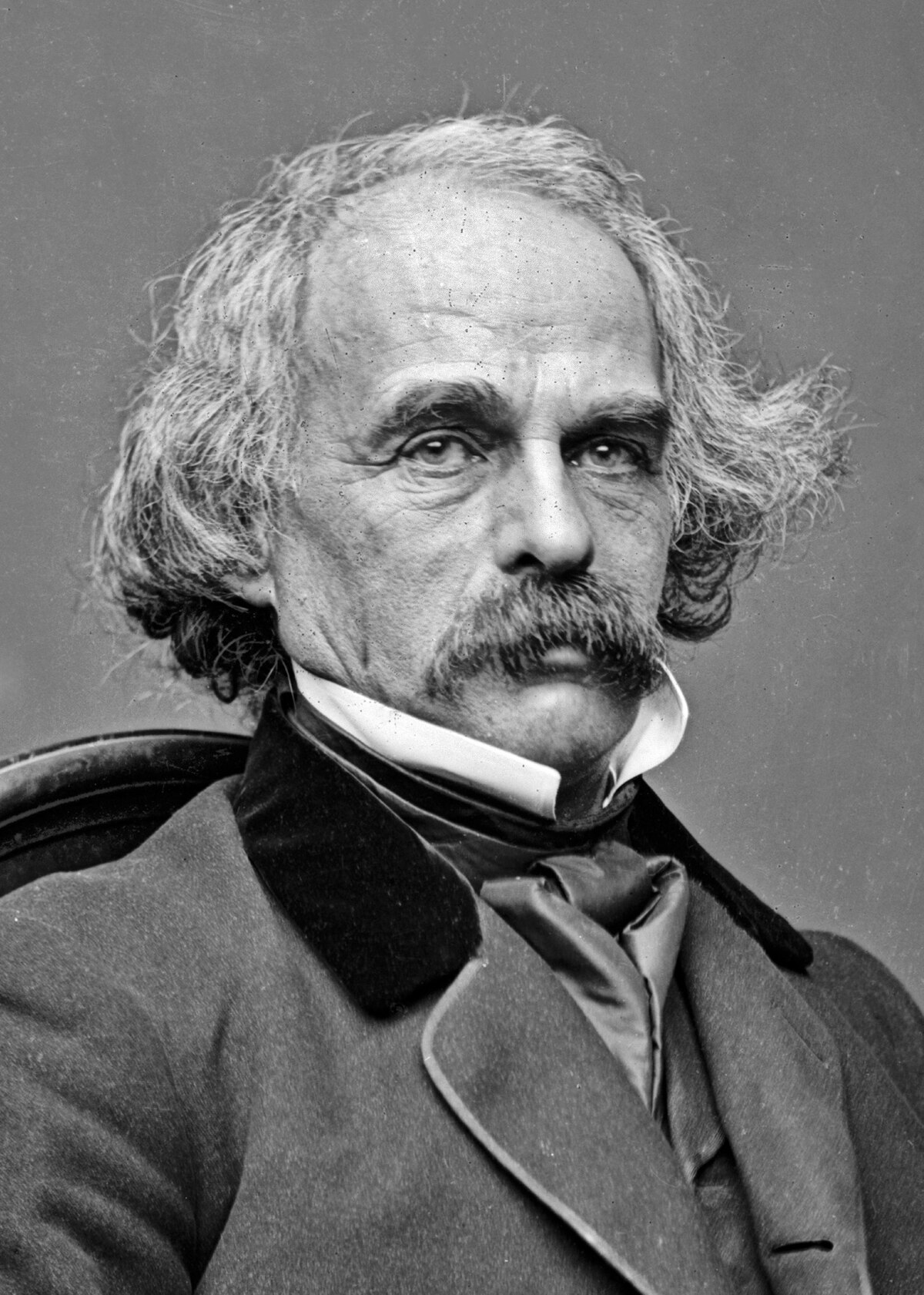 As a thought exercise, let’s look at how some others contemporaries described the estimable Hawthorne….

The style of Hawthorne is purity itself. His tone is singularly effective—wild, plaintive, thoughtful, and in full accordance with his themes … We look upon him as one of the few men of indisputable genius to whom our country has as yet given birth.  – Edgar Allan Poe

Nathaniel Hawthorne’s reputation as a writer is a very pleasing fact, because his writing is not good for anything, and this is a tribute to the man. – Ralph Waldo Emerson

Then there are the themes that run through Hawthorne’s work. “Rappaccini’s Daughter,” “The Birthmark,” and the previously mentioned “Lady Eleanore’s Mantle,” are expositions on the evils of ego and hubris. “The Maypole of Merry Mount,” “Young Goodman Brown,” and, of course, The Scarlet Letter explore the conflict between the disciplined denial of religious belief and the sensual joy of physical life. The House of the Seven Gables, “Ethan Brand,” and “The Minister’s Black Veil” are studies in guilt, deception (both of self and others) and atonement.

Nathaniel Hawthorne was a direct descendant of John Hathorne, the only Salem Witch Trials judge who never repented his role in that dark moment in American history (the “w” added to his given name was Hawthorne’s way of dissociating himself from his ancestor). Part of what makes Hawthorne’s work so fascinating and complex is that it is infused with his own conflicted feelings of guilt over the perceived sins of his ancestor. As the great critic Harold Bloom notes, perhaps only William Faulkner explores the guilt associated with family (and through family American) history as Hawthorne does.

As this too brief description suggests, a major American artist such as Hawthorne deserves more than a mention of his nationality and a couple of his works. What all my yammering amounts to is a simple request of not just Greg Bell but all those with the ear of a swath of the public. Listening to Nathaniel Hawthorne described simply as “an American author” is like hearing Ludwig van Beethoven described as “a German composer” or Michelangelo described as “an Italian artist.”