What Dickens and Sinclair tell us about Insys and Equifax

Hard times in the jungle…

“Now, what I want is Facts.  Facts alone are wanted in life…. You can only form the minds of reasoning animals upon Facts; nothing else will ever be of any service to them.” – Charles Dickens, Hard Times

“The great corporation which employed you lied to you, and lied to the whole country—from top to bottom it was nothing but one gigantic lie.” – Upton Sinclair, The Jungle 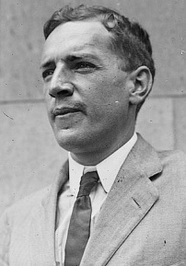 A couple of stories in the endless stream of information that passes for news caught my attention this week. For some odd reason they have continued to haunt me even after a couple of days, something worthy of remark in these times of endless updates and short memories. (I am like everyone else; social media is slowly destroying my memory, too.)

Since these stories have stayed with me, my natural inclination has been to ask myself why. Given the daily revelations of reprehensible conduct by those of whom better should be expected that we’re inundated with these days, these stories are not out of the ordinary particularly.

So why have they resonated? I think it’s because if one is well read and thoughtful (these are job qualifications if one is a professor), one makes connections between one’s store of knowledge and the world one inhabits. My store of knowledge is largely literary. I tend to see – and interpret – events and behaviors in relation to literature. So these two stories I’ve been on about seem to me to reflect themes found in a couple of literary classics. One of the best arguments for teaching art and literature is that art and literature give us understandings of human behavior. Perhaps this is why it’s so violently opposed in some quarters. Training people to think critically about the world is evidently dangerous to those who wish people to accept the unacceptable.

Sometimes a liberal arts education, so denigrated these days, is pretty useful.

Both stories are about greed – not surprising these days since Mammon is, as far as I can take, the one true god for boatloads of people these days. The first concerns a drug company, Insys Therapeutics, that faked medical records and bribed doctors to increase sales of its cancer drug, a sprayable opioid for patients in extreme pain. The second relates to the data breach at credit reporters Equifax that exposed the Social Security numbers of 143 million Americans. Three executives at the company sold their stock shares in Equifax before publicly reporting the data breach.

Obviously, drug companies faking test results and corporate execs engaging in insider trading are behaviors we’ve seen before. Most of us have become inured, even hardened, to news of this nature (which says, I think, troubling things about us, but I digress). That’s where literature can make a difference.

Take Dickens’ Hard Times. A critique of a method of education that is solely fact based (a major element of the “teach to the test” based education foisted on America by No Child Left Behind), Hard Times speaks to the motivations of the executives at Insys Therapeutics. Fact based education, Dickens argues, downplays consideration of the rightness/wrongness of an action; only facts matter and facts should be pursued at any cost for they provide the means to the end (in the case of both Horace Gradgrind in Hard Times and the execs of Insys, the end is capitalist success). One logical extension of that line of thought is, if the end is capitalist success, facts to justify that success must be created if they cannot be found. That way, Dickens argues, lies a kind of madness, a rejection of reality, which for Dickens is understanding that the heart, the seat of our grasp of what is good and what is evil, must be listened to. He puts it quite simply:

The behavior of the Equifax executives who decided to liquidate their stock holdings for their own personal advantage before making public their company’s catastrophic failure to protect their customers is different, if equally sinister, character. The calculated cold-bloodedness of hiding damaging information in order to maximize their profit smacks of the sort of despicable corporate behavior another novelist describes. Upton Sinclair’s The Jungle, a classic of the sort of cultural criticism called muckraking (another example of the genre is Frank Norris’s The Octopus) shows that this sort of cold-bloodedly unethical behavior has long been a feature of unregulated capitalism. Given the drive to de-regulate that has been a feature of American government policy (a drive that seeks to return us to the unregulated corporate practices of Sinclair’s time) over the last nearly four decades, reading The Jungle could be revelatory. Certainly lines like these would offer food for thought:

Maybe the point of this is simple: what literature does is allow one to see the truth of a passage of one of the most well known of all works of literature:

What has been will be again,
what has been done will be done again;
there is nothing new under the sun. (Eccl 1:9)