It only took them 50 years to catch up with Hunter Thompson. 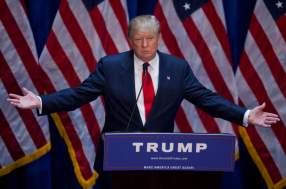 Earlier Dr. Denny sent around an email. It linked to a WaPo article by Margaret Sullivan entitled “This week should put the nail in the coffin for ‘both sides’ journalism.”

His comment: “She’s a little late to the party. Sam said this to me 13 years ago.”

It’s true that Denny and I talked about this way back when, and it’s true that I said things echoed here. You really owe the piece a read. She begins:

During the 2016 presidential campaign, the national news media’s misguided sense of fairness helped equate the serious flaws of Hillary Clinton with the disqualifying evils of Donald Trump.

“But her emails . . .” goes the ironic line that aptly summarizes too much of the media’s coverage of the candidates. In short: Clinton’s misuse of a private email server was inflated to keep up with Trump’s racism, sexism and unbalanced narcissism — all in the name of seeming evenhanded.

In a devastating post-election report, Harvard University’s Shorenstein Center concluded that media treatment was rife with false equivalency: “On topics relating to the candidates’ fitness for office, Clinton and Trump’s coverage was virtually identical in terms of its negative tone.”

That was a factor — one of many — that helped to put Trump in the Oval Office.

Elected with the help of false equivalency, Trump is now creating some of his own.

I wish I could take credit for being some kind of prescient journo genius savant, but in truth all I was doing was translating something a real genius had said about an earlier time. That genius was Hunter Thompson and the source of his insight was none other than Tricky Dick Nixon. He said:

Some people will say that words like “scum” and “rotten” are wrong for Objective Journalism — which is true, but they miss the point.  It was the built-in blind spots of the Objective rules and dogma that allowed Nixon to slither into the White House in the first place.  He looked so good on paper that you could almost vote for him sight unseen.  He seemed so all-American, so much like Horatio Alger, that he was able to slip through the cracks of Objective Journalism.  You had to get Subjective to see Nixon clearly, and the shock of recognition was often painful.

“Objective journalism” has some serious flaws, and one of its greatest failings is its pathological rage to “balance.” You have to tell “both” sides of the story, and if one side is hateful, lying, corrupt and fascist, well, that isn’t your fault. At some point journalism stopped being journalism and started being some sort of bizarre, internal PR equivalence dodge. Instead of telling the truth, you do your best to present each side as it would like to be presented. Five minutes each, fair and balanced. Today’s serious journalist can do a story on a Nazi stomping puppies and somehow leave you thinking okay, sure, the Nazi has a point.

In any case, good on Sullivan for finally beginning to grasp what Thompson knew in the ’60s. I know, it’s been 50 fucking years, but hey, better late than never, I guess.