“Hey Bulldog” provides us with the only film of the Beatles recording a song, amazing as that sounds.

“I remember ‘Hey Bulldog’ as being one of John’s songs and I helped him finish it off in the studio, but it’s mainly his vibe. – Paul McCartney

“Paul said we should do a real song in the studio, to save wasting time. Could I whip one off? I had a few words at home so I brought them in.” – John Lennon 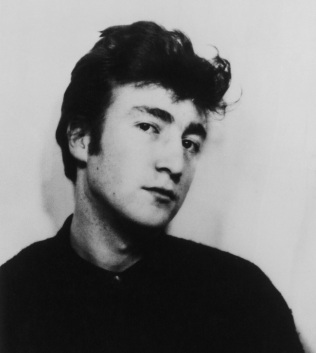 The truth is that John Lennon remained a Rocker all his life.

The parlance of the mid-sixties divided British young people in “Mods” (epitomized by the kids into fashion, pills, and motorbikes as depicted in Quadrophenia) and “Rockers” (epitomized, interestingly, by leather jacketed, duck-tail coiffed types such as the Beatles themselves in their earliest band pictures). Mods dug the supercharged power pop of groups like the Who and the Yardbirds. Rockers dug 50’s R&R music and maintained fervent loyalty to Eddie Cochran, Gene Vincent, and, of course, Elvis.

The Beatles were smart guys, of course, and changed their image – becoming trend setters in the process. They borrowed new hairdos from German art students, took to wearing flash suits at the insistence of Brian Epstein. And, of course, they left behind their Rocker repertoire as they wrote songs that took pop music far beyond its roots in R&B, rockabilly, and country music.

John, though, never forgot his Rocker roots. “Hey Bulldog” is a reminder of that.

Written on the fly, “Hey Bulldog” is an uptempo R&B based tune that recalls some of the early Beatles’ covers such as Barrett Strong’s “Money” (a song co-written by Berry Gordy of Motown Records fame). Besides music that reflects John’s Rocker cred, John’s witty lyrics are not necessarily only about bulldogs:

Hey Bulldog
Sheepdog
Standing in the rain
Bullfrog
Doing it again
Some kind of happiness is measured out in miles
What makes you think you’re something special when you smile?

“Hey Bulldog” would be an enjoyable if slight piece of ear candy (it appeared on the Yellow Submarine film soundtrack), except that…except that it provides us with the only film of the Beatles recording a song (the footage in the film Let It Be is rehearsals or staged performances), amazing as that sounds. Luckily, the ongoing fiftieth anniversary celebrations of all things Beatle has prompted Vevo to widely share the video.

Ladies and gentlemen, the Beatles…