Trump is the tycoon of failure 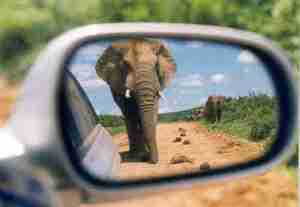 In the wake of the collapse of the latest Republican plan to eradicate the Affordable Care Act, Donald Trump claimed:

As is often the case when Trump tries to explain how politics work, he’s wrong. Perhaps, eventually, the kind people on “Fox and Friends” will explain to him that he doesn’t get to pick and choose all of the issues he will be saddled with as president.

There are at least three major reasons why Trump will own this failure.

1. He campaigned on it. Remember “it’s going to be so easy?”

2. He made it a priority with an Executive Order.

By the authority vested in me as President by the Constitution and the laws of the United States of America, it is hereby ordered as follows:

Section 1.  It is the policy of my Administration to seek the prompt repeal of the Patient Protection and Affordable Care Act (Public Law 111-148), as amended (the “Act”).

For years, even as a "civilian," I listened as Republicans pushed the Repeal and Replace of ObamaCare. Now they finally have their chance!

I cannot imagine that Congress would dare to leave Washington without a beautiful new HealthCare bill fully approved and ready to go!

Republicans Senators are working hard to get their failed ObamaCare replacement approved. I will be at my desk, pen in hand!

Republicans should just REPEAL failing ObamaCare now & work on a new Healthcare Plan that will start from a clean slate. Dems will join in!

As I have always said, let ObamaCare fail and then come together and do a great healthcare plan. Stay tuned!

And those contradictions are only this month.

There are plenty of scholars and pundits who have been writing for a long time that the Trump White House may have some ideas and is certainly staffed with people who have agendas–but what they lack are real plans for accomplishing many of them.

Executive Orders are not legislation.

Trump’s real top agenda item seems to be an ongoing effort to obliterate the legacy of Barack Obama. And Trump seems to be going about it like the son of my favorite Egyptian pharaoh.

Hatshepsut was one of only two women to rule in their own right as pharaoh. She even wore a prosthetic beard, because, well a pharaoh has to have a beard. She ruled for over twenty years. 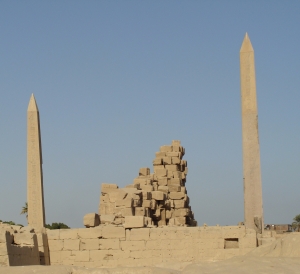 She was succeeded by her son, Thutmose III who tried to make the world forget about his mother–a final punishment designed to kill off her spirit from the afterlife by having her name forgotten by mortals. Her name was chiseled off of a lot of her monuments and many of her obelisks were walled up to hide them from view–tearing down the monuments would just anger the gods and why take that risk? Eventually her tomb was unearthed and her obelisks revealed–including the tallest existing obelisk in Egypt.

Trump has chiseled Obama’s name off as many accomplishments as possible–relatively easy to do with executive orders that stood in for legislation that would never get through Congress.

But now he faces the Obamacare obelisk. And it’s a real piece of legislation that will take other legislation to tear it down. So far the attempts to wall it up or destroy it have failed: court challenges, the Executive Order, reconciliation. After seven years of “Repeal and Replace!” and a round of “Just Repeal!” it becomes obvious that there is no good way–and apparently no bad way–to do that.

Obamacare is like the movie monster that defies every attempt to kill it–so now Trump wants to let it die a natural death. Just wall it up and starve it–and when it dies, well, it won’t be the Republican’s fault: “the Republicans are not going to own it.”

There are two kinds of sin: sins of commission, acts which are wrong (and I’m not even going to start in on that one with this administration); and sins of omission, which are wrongs caused by not acting.

Of course many experts have already refuted the “Obamacare is in a death-spiral” argument, with the caveat, “unless the president takes action to put it there.”

But whether the president and Congress act to bring Obamacare down or simply refuse to address its flaws–they will own the consequences of their choices. They pointed out the problems, they tried to implement their solutions, they failed, and now they are going to just walk away. At least for now.

The elephant has an elephant in the room.

Oh, wait, that’s not another elephant–it’s a mirror.