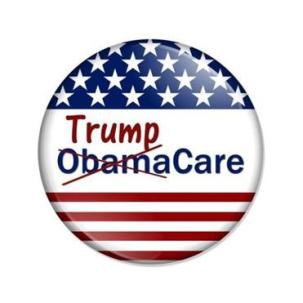 The “trolley problem” is a classic philosophical moral dilemma. The thought experiment is as such: A runaway trolley is speeding down the rails where it will hit a group of people, propbably killing them. But you are standing next to a switch that will change the direction of the trolley to another set of rails. On these rails there is another, smaller group of people. Would you switch the track so that a lesser number of people are killed?

This is a much more difficult question than it first appears. If the trolley is barreling down on the smaller group of people, the answer is simple. Of course you wouldn’t switch the track and intentionally kill the larger group. But with the original example, you are making a conscious decision to kill a group of people. Taking an action to intentionally kill a bunch of strangers who never did you any harm to a painful death. Could you live with yourself if you did so? If you left it on the same track, you could make up a story that you couldn’t make it switch quickly enough and didn’t have time to think. You would have a choice.

The Republicans and their constituents have this choice as well.

When Social Security expanded over time to include senior citizens, it became the “third rail of politics.” Those that sought to take it away from seniors got immediate backlash from the voting public with very serious consequences for their meddling. As much as conservatives would want to dismantle this benefit program based on their ideological view that the less amount of government involvement in American lives the better, they would be voted out of office if they tried.

Their fear is that this will also happen with the Affordable Care Act. Once you give the people something they benefit from, it is very hard to take it away.

There are many stories of constituents attending town halls and opposing the repeal of the ACA. They share personal accounts of how their family members will grow sicker and even die because they will no longer be able to afford care. Those with preexisting conditions. Those on Medicaid. Those who would file for bankruptcy if they lost their job.

The analogy with the trolley problem is not so far-fetched. Let’s put their constituents’ lives literally on the rail line. They are on the safe side, and the Republicans are next to the lever. Standing in front of the runaway trolley are their interests: their ideology of less government interference; their funders, (lobbyists, campaign contributors and the like); their rabid base that put them into office; the very rich who have seen their taxes go up to fund the ACA; and the pressure of their Republican colleagues who would turn on them if they defected.

Before the ACA, the rail lines were switched. It was their interests that were safe and the people’s welfare that was hit time and time again. They had no great incentive to switch and that lever that would take way too much effort to pull.

But now these interests have been hit time and time again over the past six years. All that time they couldn’t touch the lever because of Obama’s veto. So they safely yelled and complained for the benefit of the audience, a.k.a. their interests.

Now the lever is in their hands. Will they pull it and condemn their constituents to painful deaths and destitution? In front of those that told you to your face how much pain and suffering this would cause them and their families? To those who would fight for their lives to stop you from being reelected? Republicans have found that this is a much more difficult dilemma than they first assumed.