Random thoughts about the record album – part 6: one last hurrah…and into the mystic

“There hasn’t been anything real since grunge. That was the last movement led by music or an art form.” – Daphne Guinness 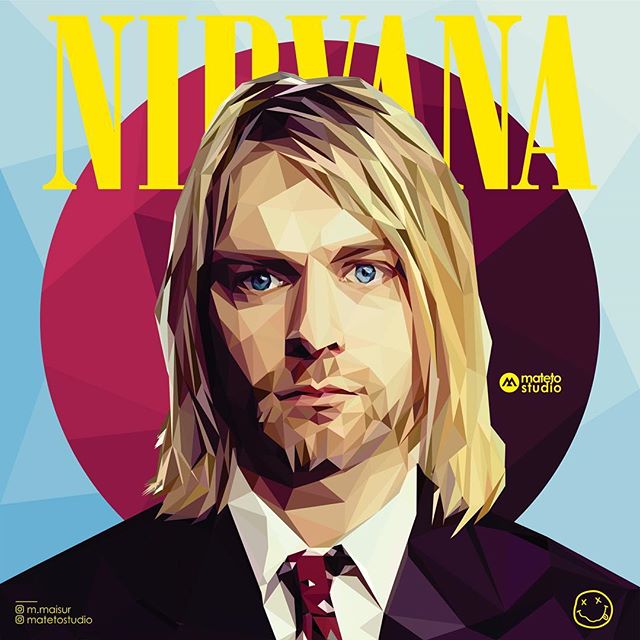 The last great movement in rock music – and the last great flowering of the album, an art form inextricably tied to rock music’s rise – was Grunge. Its rise in late ’80s Seattle and its explosion into a national and international phenomenon in the early ’90s produced a wave of albums that most Xers and early Millennials know as well as their Boomer predecessors know Sgt. Pepper’s Lonely Hearts Club Band, Let It Bleed, or Tommy.

Pearl Jam’s Ten, Alice in Chains’ Dirt, Soundgarden’s Superunknown, and Stone Temple Pilots’ Core are all albums that both epitomize the Grunge sound and convey Grunge’s vision: powerful music played loudly with lyrics filled with tales of misery and dark thoughts. In some ways this is brilliant music, capturing as it does both the misery of Xers who felt keenly traumas such as their desertion by parents (through divorce and the perceived economic necessity of two income households that created “latchkey” childhoods) and anticipating as it does (which perhaps explains its powerful appeal to older Millennials) a world dominated by technopolistic forces.

No force from the Grunge movement captured the angst of Grunge more acutely than Nirvana’s album Nevermind and its chief architect, Grunge’s icon, Kurt Cobain.

The arc of Cobain’s career as a star, punctuated by Nirvana’s explosive appearance with Nevermind and its iconic video (MTV was still a force) for the album’s signature song, “Smells Like Teen Spirit,” lasted roughly three years. Nevermind’s influence on the history of rock cannot be underestimated. Besides heralding a new era in popular music, Nevermind re-established the primacy of the album as the vehicle of expression for musical artists. After the MTV era, dominated as it was by singles artists such as Michael Jackson and Madonna, Nirvana’s triumph seemed a re-awakening of artist-controlled music.

Cobain’s breakthrough set the stage for the success of the other artists mentioned above – and unleashed the wave of successful (and now classic) rock albums. Because of the Grunge movement’s stature as one of the spiritual centers of independent (better known as indie) music, record companies scrambled to find other such artists, raiding other hotbeds of indie music such as Chapel Hill, NC, and Athens, GA (which had already produced college rock’s most significant act, REM).

All this success came at a cost, as any rock fan or music historian knows. Cobain’s suicide effectively brought the Grunge era to its end (though its most successful bands have labored on with varying levels of success: one must feel a slight sadness recalling that Pearl Jam’s most significant moment since its glory days in the Grunge era was with a cover of the J. Frank Wilson piece of teen sentimentality “Last Kiss“). The record companies did the rest. They signed any band with talent, cherry picked their best material (much of which they’d built up over years of grinding touring and writing) and put it all on their first album. It was a strategy that gave the record companies some notable market successes (remember that Hootie and the Blowfish’s Cracked Rear View sold 13 million units), but many of the bands (including Hootie) found themselves victimized by a “market based” approach to music that led record companies to discard bands for failing to duplicate initial album sales on subsequent releases.

What this meant was that bands who might have developed into productive long-term artists were treated as disposable commodities. Combined with the rise of manufactured pop stars such as “boy bands” (from Back Street Boys to One Direction) and “pop tarts” (highly sexualized young female singers from Britney Spears to Ariana Grande) whose careers are as vital as their latest single, this combination of corporate “slash and burn” attitudes toward serious musicians and assembly line production of “hit to hit” pop stars effectively brought the era of the album to a close.

(Hip Hop, currently the dominant form of artist controlled music, has, as always, gone its own way, though it, too, is dominated by the individual track.)

A few words should be said about technology’s role in changing listeners’ musical consumption. Portability and convenience, first in the form of iPods, now in the form of streaming music, have made listeners more casual and more scattershot in their experience of the work of musical artists. Playlists composed of various artists are now the preferred method of music consumption.

Albums continue to be released, of course, and a few have achieved considerable acclaim. Whether musical consumption habits and tastes will change again and a renaissance of the genre will occur is anybody’s guess. For the present, however, it makes more sense to speak of the album as musical art form in the past tense.