Donald won. Hillary lost. Now the Democrats face what The New York Times called “a widening breach in their party.” 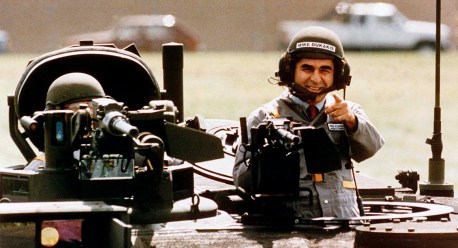 Perched ever farther on the left is Bernie Sanders, perhaps still smarting from being stiffed by the Democratic National Committee while leading revival-style rallies of millennials and urging stiff resistance to the Donald agenda — and to the DNC’s approach to political reclamation. Then there’s the DNC and the party’s elected leaders demanding a more conservative, data-driven approach to finding votes where Hillary didn’t get them.

Oh, well. Good luck with that, Dems. Neither approach is destined for electoral redemption. Professional Democrats have tended toward elitism when selecting and supporting candidates. The national party assumed (as did virtually all media and pollsters) Hillary had an easy road covered with rose petals to the White House. The 2016 version of the Democratic Party continued its longstanding march away from those who had always supported it. The party’s elites oozed a “father knows best” attitude. Cockiness ruled after Donald became the GOP standard bearer.

Massachusetts voters elected Dukakis as the state’s 65th governor in 1974. He campaigned as a reformer and bearer of a no-new-taxes pledge. But he was arrogant to state government employees, in particular the powerful Metropolitan District Commission he’d promised to dismantle. He commuted sentences of murderers. Dukakis was unable to deal with the state’s “Taxachusetts” reputation. High sales and income taxes dominated the 1978 campaign — and state’s Democratic Party refused to renominate him. He lost to Edward J. King in the primary.

The loss humiliated Dukakis — much in the way today’s national Democrats were after Donald out-electoral-colleged Hillary. So far, today’s Democrats have spent too much time hand-wringing over the reasons Hillary lost, to say nothing of the congressional hammering the Republicans handed them.

Losing taught Dukakis how to be a better candidate. He spent the next four years touring the state’s 14 counties — repeatedly. He apologized — repeatedly — in venues large and small for losing, for his arrogance, for his mistakes as a governor. He rebuilt the state Democratic Party’s lost confidence in him. He persuaded not only the party, but also the MDC, state employees, the state police — all of whom he had pissed off — that he would be the best candidate to push Ed King out of office.

Which Dukakis did, becoming the state’s 67th governor.

Today’s national Democrats badly need a dose of humility. They need to regain “the common touch.” They should spend the next three years touring the country, hat in hand, particularly in Pennsylvania, Michigan, Ohio, Michigan, Florida, and Wisconsin.

Democrats want votes. Thus they ought to spend far more time listening to (instead of polling) people whose votes they want. Instead of presenting those voters with an  already drafted agenda set in concrete, they should first ask voters: “What do you want? What do you need?” Too often Democrats decide what they issues want to address and how before asking voters for their issues and their positions.

It’s time to send Democrats on that listening (and apologizing) tour. It worked for Dukakis … at least as a candidate for governor.