A few words about The Sorrows of Young Werther

What is most fascinating about The Sorrows of Young Werther is how much its love triangle structure permeates our culture in one form or another.

Ich habe das Herz gefühlt, die große Seele, in deren Gegenwart ich mir schien mehr zu sein, als ich war, weil ich alles war, was ich sein konnte. (I have possessed that heart, that noble soul, in whose presence I seemed to be more than I really was, because I was all that I could be.) – Goethe, The Sorrows of Young Werther 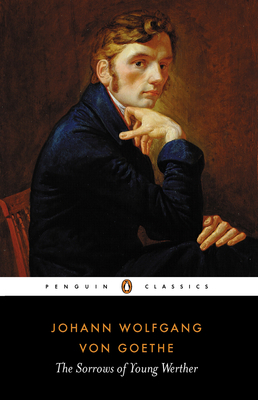 I ran across an article the other day (link popped up in the old social media feed) that suggested that Johann Wolfgang von Goethe’s Die Leiden des Jungen Werther, known most commonly in English as The Sorrows of Young Werther, was a contender for the title “deadliest book in history.” While that assertion is rather preposterous on the face of it, and while as I write this I can think of example after example of books that have been deadlier (Mein Kampf, Mao’s Little Red Book for starters), if I grant that perhaps by book the author, Sean Braswell, means novel, then, that would be… different? Maybe. I can also readily think of novels that have been or are being deadlier (The Turner Diaries or anything by Ayn Rand, for example).

So initially I found myself agreeing with a number of commenters and dismissing the article’s author as being provocative for the sake of grabbing eyeballs. It’s a useful article, though, because it gets Goethe’s breakthrough work into the public consciousness, and that’s a good thing.

And there is something about Werther that makes it a book we should be thinking about.

Werther is that person who wants to live life in a state of perpetual emotional stimulation. Keats sums up the Werther viewpoint nicely:

O for a life of sensation rather than of thoughts!

Many of us know these kinds of people: they’re scene makers (both in the sense that they’re likely to attend events that they think will be emotionally charged and that they like creating interpersonal interactions with lots of drama), they’re self-absorbed to the point of being annoying, and they’re taxing as hell on those around them. In real life, one of the skills we learn is how to manage – and if necessary, avoid – such people.

Sometimes they’re talented people whose talent we admire, of course, and this makes them all the more problematic. In the hands of Goethe (who wrote Werther, he said, to deal with his own thoughts of suicide after a youthful love affair gone wrong), the character Werther becomes, although taxing, engrossing, and, in a way that therapists everywhere would disapprove of, admirable for very wrong reasons. What Goethe succeeds in doing in the novel is creating a spot-on depiction of the life and self-inflicted death of a very troubled person.

The plot of the novel is simple. Werther, an artist, has gone to an idyllic village to holiday. While there he meets a beautiful young woman named Charlotte (called Lotte) and falls madly in love with her, even though she is engaged to (and, in truth, in love with) a very nice, more mature fellow named Albert, with whom Werther becomes friends in spite of himself. In a series of letters that form the bulk of the novel, Werther writes to  his friend Wilhelm and details the details of his romance with Lotte, its inevitable and heartbreaking conclusion (Lotte marries Albert), his continuing friendship with Albert and Lotte, and the emotional and psychological toll that being “just friends” takes on him and his art. Eventually the toll becomes too great and Werther shoots himself in the head using a pistol he’s borrowed from Albert on the pretense of carrying it on “a journey” he’s going to take. Like any suicide, Werther’s takes a terrible toll on those who’ve known and loved him. What makes all this remarkable is that Werther shares his feelings with us in sometimes excruciating detail throughout this debacle:

I have been more than once intoxicated, my passions have always bordered on extravagance: I am not ashamed to confess it; for I have learned, by my own experience, that all extraordinary men, who have accomplished great and astonishing actions, have ever been decried by the world as drunken or insane.

The book was a sensation and made Goethe a literary star. Fads both tacky and stupid arose as responses from a public bowled over by the book’s celebration of feeling over thinking. One that Braswell mentions in his article, dressing like Werther (wearing yellow trousers and waistcoat with a blue jacket) was, like bell bottoms or leisure suits, merely tacky hipster fashion (yes, I do realize that “tacky hipster” may be redundant). The other fad (although there is some concern over how much the media sensationalized this) was stupid: there were some copycat suicides (perhaps the first incidence of this behavior). If one thinks about human nature even briefly, one realizes there were probably a lot more guys decked out in blue and yellow than putting guns to their heads. Governments responded as governments always do: they blamed the artist. The Sorrows of Young Werther was banned in Italy and Denmark among other places.

All this is well and good. But the long term influence of Goethe’s novel is really more interesting – and important. There have been books written in imitation (most of them bad, a couple of them interesting) and a couple of significant ones written in refutation of one form or another.

Mary Shelley’s Frankenstein monster reads Werther, identifies with the character’s alienation and emotional turmoil. Unlike Werther, however, the Creature is, to borrow psychological terminology, outer directed rather than inner directed: instead of killing himself, he kills the loved ones of those who have hurt him. Since we know that Shelley based in part elements of both the self-absorbed Victor Frankenstein and his monster on her husband Percy Shelley and his friend Lord Byron, two champions of the sort of emotional extravagance Werther expresses, it’s hard not to consider Mary Shelley’s work a critique of sturm und drang and its successor, Romanticism. Thomas Mann, the great German novelist, took a different tack. In Lotte in Weimar he explores what an artist owes to those who have been immortalized in the artist’s work. Mann refutes the idea that artists have an obligation to their creations other than to make them as believable as possible. Here’s a pithy summation:

What is most fascinating about The Sorrows of Young Werther is how much its love triangle structure permeates our culture in one form or another. The genre we know as the romantic comedy is often a variation on the Werther/Lotte/Albert triangle played for laughs. Jazz Age rioters, Beats, Hippies, Punks, Goths – all these in one way or another reflect Werther’s alienation, sorrow, self-absorption. Even the narcissism and egoism we see (or see tweeted) at all hours these days is clearly traceable back to Werther and his insatiable need to see himself as a work of art, as a masterpiece.

There are messages, though, that make one think it would be a good thing to encourage wide reading of The Sorrows of Young Werther:

I know very well that we are not all equal, nor can be so; but it is my opinion that he who deems it important to keep aloof from the so-called rabble in order to maintain their respect is as culpable as a coward who hides himself from his enemy because he fears defeat.

Profundity. The stuff of smiles.

(You can read The Sorrows of Young Werther for free here.)