In My Life: Lennon remembers…

There’s something Shakespearean about Lennon’s meditation on life and meaning.

“I think ‘In My Life’ was the first song that I wrote that was really, consciously about my life, and it was sparked by a remark a journalist and writer in England made after In His Own Write came out. I think ‘In My Life’ was after In His Own Write… But he said to me, ‘Why don’t you put some of the way you write in the book, as it were, in the songs? Or why don’t you put something about your childhood into the songs?’ Which came out later as ‘Penny Lane’ from Paul – although it was actually me who lived in Penny Lane – and Strawberry Fields.”  – John Lennon 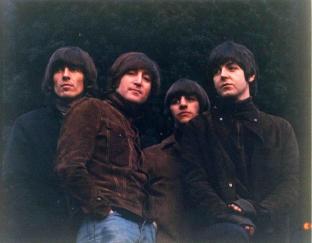 The marvelous Beatles Bible offers four John Lennon quotes about the composition of “In My Life.” Lennon considered it one of his most important songs for several reasons. It was the first song, he says, written about his life – the result, Lennon told multiple interviewers, of a comment by British journalist Kenneth Allsopp concerning Lennon’s first book, In His Own Write.

Another concern Lennon has was his ability to write melodies – something that his writing partner, Paul, was and is particularly adept at. “In My Life” is predominantly John’s melody (though he says Paul wrote the middle eight).

Finally, there was, for not just John but for the Beatles collectively, the specter of Dylan. By the time John wrote “In My Life,” the Beatles had met Dylan and Rubber Soul is certainly an album influenced lyrically and musically by Mr. Zimmerman’s work. Rubber Soul is full of introspection – it is also an album of ideas, the Fabs’ first and, in ways, their “great leap forward.”

Something noticeable about Lennon’s lyric is its Shakespearean quality. Take a look at “Sonnet 30” to see what I mean:

John has constructed “In My Life” along the lines of “When to the Sessions of Sweet Silent Thought,” using memories of past life as a rationale for the love now discovered. Part of this, one suspects, is that while the writing on Rubber Soul is the leap forward that I mentioned above, the Beatles are still writing love songs, a concession to the fan base that made them stars for songs like “From Me to You,” “She Loves You,” and “I Want to Hold Your Hand.” John’s treatment of the past in relation to a current love cleverly weds the Beatles’ past as purveyors of love songs to screaming girls to their future as serious artists exploring topics personal and political. That wedding of the future Beatles songwriting themes to past Beatles songwriting themes runs throughout Rubber Soul: George’s “Think for Yourself” and Paul’s “Drive My Car” are other examples. But “In My Life,” more than any other song on Rubber Soul, looks ahead to what would become one of John’s enduring themes: his life and its meaning.