The new-new Enlightenment and the Counter-Reformation

On lighting a fire for scholarly rogueship 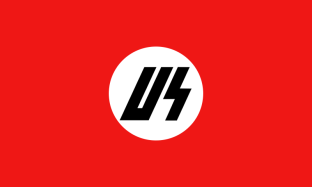 Ten years is a long time, and it passes in a heartbeat.

When Sam invited me to join the Scrogues a decade ago, it was to be the ‘libertarian’ to counterbalance what he saw as a quite left-wing team of writers and scholars who were coming together to think deep thoughts about the world we wanted.

My opening gambit was to point out the dangers of low expectations of those whose betterment we seek.

In truth, perhaps our mistake was assuming high expectations for democracy and liberalism.

Ten years ago, it seemed safe to assume ‘the end of history,’ and that anyone who believed in the degree of liberalism I did could be perceived as a libertarian, and ‘real’ libertarians were simply bigoted fantasists.

If you assumed that liberalism had won the future, then debating as to whether you wanted Hillary Clinton or Bernie Sanders seemed the most important argument in the world about the type of liberalism you wanted.

Within the year, Trump may unleash a devastating war with North Korea, and Marine Le Pen may be disinterring the spectres of Fascism and the horrors of Vichy France amidst a collapsing European Union.

I would like to believe, though, that this is a part with the cyclical nature of history.

As the Scholars & Rogues, many of our leading exemplars of what we stand for have been drawn from the great thinkers of the Enlightenment: Francis Bacon, Davide Hume, Mary Wollstonecraft, Voltaire, Adam Smith, Jean-Jacques Rousseau, John Locke, Gottfried Leibniz, Thomas Jefferson, Alexander Hamilton …

These were not only great thinkers, but people who became actively involved in the politics of the day.

They formed a powerful tsunami of methodical and practical expertise which blasted away the remnants of religious authoritarianism, mercantilism and the right of kings, to release democracy and equal rights.

They were a second wave of great scholars who took up the challenge of fighting the forces of the counter-Reformation.

Their world was simpler and more complex. Simpler, because countries were run by fewer people. More complex, because of how little was known about anything and how hard-won scholarship is without a foundation to build on.

And now we come to the new-new Enlightenment.

The moronic forces of petulant ignorance and self-harm seem to have taken the commanding heights of power, and are actively bringing in a new age of mercantilist authoritarianism. A world of maximum wealth for the absolute few who will protect themselves from oversight and competition, even as they seek adulation from the many.

Even so, we are seeing a regrouping of liberal and knowledgeable voices.

There was no decisive Enlightenment movement. Newton and Leibnitz brawled. Kant loathed everyone. Spinoza was far too liberal and progressive for many of his contemporaries. Most toiled alone, disconnected from each other.

Despite this, maybe even because of it, their thinking overwhelmed the superstition, prejudice and bigotry of their day. Their innovations, discoveries and ideas were so astonishing, so life-shattering, they changed everything and won because those opposed had nothing to offer.

And so, here’s to the next decade at Scholars & Rogues. Let the intellectual brawling continue so that we may press forward against that unworthy, timid ignorance obstructing our progress.