I could offer several excuses for why I quit Words and Music, a book I had high hopes for (Morley is one of the great experts on contemporary pop), but the simple truth is I hated it.

“Writing about music is like dancing about architecture.” – attributed variously, most likely by Martin Mull 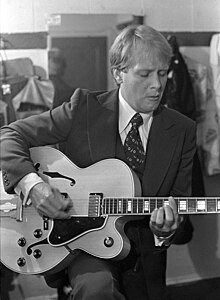 As I have explained previously, my 2017 reading list is devoted to reading books about music. I have covered only three books so far, Larry Kane’s latest Beatles’ book When They Were Boys, the Billie Holiday memoir Lady Sings the Blues and Peter Guralnick’s excellent study of roots music, Lost Highway. (I’ve also written a number of essays about Beatles’ songs and a book review or two.)

I’m currently about 100 pages into a very good book on Bob Dylan, Joan and Mimi Baez, and Richard Farina, David Hajdu’s Positively 4th Street. I turned to this book after spending several days trying to read another book, a book I looked forward to reading, as I noted in this description from my reading list essay:

Paul Morley, Words and Music: A History of Pop in the Shape of a City – Morley is one of rock’s most trenchant critics and in this book he speculates about whether pop is at the end of its lifespan. Any book that calls for opinions from both Madonna and Wittgenstein is must reading.

I read about 40 pages of Morley’s book before putting it aside and taking up the Dylan/Baez book. I could offer several excuses for why I quit Words and Music, a book I had high hopes for (Morley is one of the great experts on contemporary pop), but the simple truth is I hated it.

There are a couple of reasons that I found Morley’s book a no-go.

The first is Morley’s discursive style. I’m not opposed to discursive writing in the least (one of my very favorite books is The Life and Opinions of Tristram Shandy, certainly a contender for most discursive books of all time), but Morley’s discursions are of the sort to make a reader (well, this reader, anyway) cringe. Here he is explaining why he’s chosen to discuss a work by an avant grade composer, Alvin Lucier, and a song by a not so avant garde pop singer, Kylie Minogue:

Perhaps what connects the two pieces of music is a tunnel, a hole in the ground, which you fall down and into and down, changing direction, dimension, and context as you tumble. Or maybe whatever connects the the two pieces is a road, a highway, an autobahn. A straight line between one way of making music and quite curiously another. Of course, no line is really straight. All straight lines actually contain kinks. Everything is curved.

In the end, for our immediate purposes, to get from here to where we’re going, what connects the two pieces is a page in a book. The road travels across the page. The tunnel also takes us from one page to another. The tunnel connects sound. Sound runs, melts, drops down the tunnel into our ear. The tunnel connects our ear to our brain. In our brain, where we are large and small, weak and strong, sure and unsure, loud and quiet, the story I am about to tell really begins.

Except the story doesn’t really begin. We wander along for twenty more pages of this sort of discussion of geometry, music, and communal experience (I understand what he’s doing with the singular nouns with plural pronouns above but they still irritate the shit out of the English prof in me). We wander off (remember I said he is discursive) into how much he got into Tangerine Dream at one point:

Tangerine Dream, with songless, timeless, limitless non-urgency, foaming up out of the freaky end of Pick Floyd and the softer side of Stockhausen, the comprehensible statement of three-brains, three-bodies sounds, with only one tongue, set me off on the drone road….

And there’s the problem for me. Too much of the time reading Words and Music is like listening to drone – or dancing about architecture….

The second problem I’ve run into are his descriptions of Australian pop singer Kylie Minogue with which the part of the book I read is riddled. They’re less discursive and droning and more like fanboy fiction, albeit fiction written by a very smart fanboy:

I like “I Can’t Get You Out of my Head” [one of Minogue’s pop hits] because it has such great shape and it moves with such great confidence. It is built in the image of Kylie’s eyebrows, those plucked minimal curves of severe simplicity that transforms Kylie’s face. It bounces off the discreetly sensual and deeply fictional plumpness of her lips. It reflects the artificially realized but naturally enticing line and shade of her body. It shines like her hair. It swirls like her eyes.

Morley is trying to note the connection in contemporary pop (it makes me sad to write this) between image (especially singer as sex object) and music. If this were the only time that Morley discussed Minogue, even though he reduces her largely to a sex object, well, okay, he’s making a point about current pop music’s fixation on image over substance. That’s not really what he’s doing, though. What he does seem to do over the 400 or so pages of this book, is talk a lot about Kylie Minogue (I cheated and read some reviews at Goodreads – this was a common complaint) as Kylie Minogue. Given what he says above (and, let’s be honest, how much more is there to say about a single manufactured pop song by a manufactured pop singer?), the thought of another 360 pages with lots more Kylie Minogue… fanfic rears it ugly head again.

So I guess what I’m saying is that maybe Martin Mull has a point. For me, reading Paul Morley’s Words and Music offers proof that there are cases where writing about music is like dancing about architecture.