Dark thoughts about Donald and the 9th Circuit Court of Appeals

What would happen if Donald sent thugs to try to make the judges of the 9th Circuit Court of Appeals an offer they couldn’t refuse? 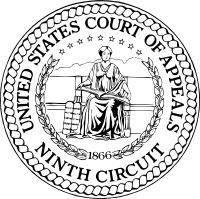 On Saturday, a federal judge in Washington issued a nationwide injunction against the Department of Homeland Security and the State Department and blocked them from enforcing Donald’s travel/immigration ban. On Sunday, the 9th Circuit Court of Appeals refused to immediately block the lower judge’s injunction until it could hear a full appeal later this week (possibly as early as tomorrow).

To give you some idea of how dark my thoughts have become since Donald took over (in case worrying about being nuked in my sleep wasn’t bad enough), on the way home from skiing today I found myself wondering if Donald would send law enforcement/thugs to threaten the judges on the 9th Circuit in order to get them to rule in his favor. And then I wondered which law enforcement agencies in California would actually follow such a blatantly illegal order, and how the state would respond. Something tells me that Jerry Brown would call up the National Guard to protect judges if something like this happened.

And what would Donald do in that situation? Would the many military bases in California refuse to deploy against the state’s national guard, or would they follow an illegal deployment order and bear arms against their Guard brothers and sisters? And would that force everyone else nationwide to pick sides?