ALL OF THE ABOVE: The REAL reason(s) Clinton lost the election 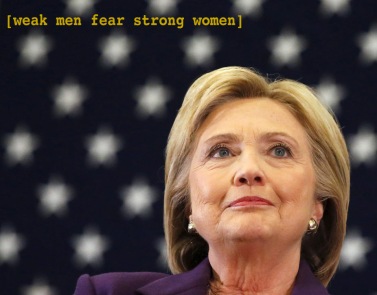 Ever since the stunning outcome of the election several weeks ago we have been subjected to one analysis after another as to why Hillary Clinton lost to Donald Trump. Dozens and Dozens. Hell, make that hundreds and hundreds, probably. I’m seeing more of these stories in my Facebook feed these days than I am pictures of cute kittens. Telling us what happened and how it happened has become a whole new industry, it seems.

Some of these stories are insightful. Some tell us what we already know, although the authors often try and package their reasoning as something more original than it is. And some aren’t helpful at all. But it seems like the one thing each author has in common is a need to cast his or her reason as the reason. Clinton lost not because of X, or Y, or Z (with X, Y and Z being the things everyone else is talking about) but because of A, which only the author of that analysis has thought of.

And just this morning, from Joe Biden, Clinton lost because she never figured out why she was running.

Any of this sound familiar?

Understand – most of these narratives are asserting to be not just a reason why she lost, but the reason she lost.

Here’s the truth. We don’t yet know for sure if the Russians hacked us or if Putin and his functionaries exerted an undue influence that swung the vote decisively, but the rest of those arguments are almost certainly correct to some degree. The answer is ALL OF THE ABOVE.

This is who we are. Western culture in general, and American culture in particular, is driven by either/or thinking. It’s either black or white. You’re for us or against us. Red or Blue. There are two sides to every question (not three, not four, not five, not six). It’s a question of right or wrong. A question of good vs evil. Good or bad. You can’t have it both ways. You can’t have your cake and eat it too. Hell, we have even constructed a seemingly indestructible two-party system.

Our amped-up ratings-driven clickbait media environment doesn’t help. When you have fierce competition for the attention of the citizen, and failure to entice that click means the other guy gets the ad revenue, a headline like “Clinton lost for several reasons,” well, that lacks a certain snap, doesn’t it? Headlines aren’t about informing, they’re about enticing. And if you’re going to make a name for yourself as a public commentator, you have to come up with a hook. In essence, journalism has become marketing, and a culture afflicted with Compulsive Binary Thinking Disorder is a perfect breeding ground for this particular sort of corrosive social pathology.

The Eastern mind, on the other hand, is far more open to both/and thinking, to its credit. Americans would benefit dramatically were we a bit more Zen, more yin and yang. More open to the idea that you don’t have to decide which option is right and which is wrong because several options might contain truth. How much different might we be, how much better adjusted, if we enjoyed the intellectual tranquility associated with not having to decide which of 100 possible answers, all of which are partly true, was the only correct answer?

Ah well. That isn’t who we are and it isn’t who we’re ever going to be. But that doesn’t mean you can’t do yourself a favor.

Q: Why did Clinton lose?
A: All of the above.