When reaching out to better understand my fellow Americans, facts are non-negotiable

Reality has facts, however poorly we see them sometimes. Reaching out to understand someone else’s experience requires common ground, and for me, that common ground must be based upon a shared understanding of objective facts.

A couple of weeks ago, I wrote an article about how I was living in a bubble that distorted my perspective on America. The point was that, while I’m living in a bubble, I’m hardly the only one, and I gave an example of a grandfather from Vigo County, Indiana, who felt that his America was populated by “real people,” as opposed to the presumably fake or inauthentic people in New York City, Los Angeles, or Chicago. But after reading several excellent comments on that article that provided suggestions how to reach people – listen, talk with instead of at, stop dismissing, denigrating, and demonizing – I realized that there is a limit to my ability, even to my willingness, to reach out and have a meaningful discussion.

Facts. They exist. And they’re a non-negotiable entry point for any bubble-piercing attempts I’m going to be involved in.

Let me give a few examples of what I mean.

On or about September 16, 2005, Donald Trump was caught on tape saying the following:

I did try and fuck her. She was married….

I moved on her like a bitch. But I couldn’t get there. And she was married.

I better use some Tic Tacs just in case I start kissing her. You know, I’m automatically attracted to beautiful — I just start kissing them. It’s like a magnet. Just kiss. I don’t even wait. And when you’re a star, they let you do it. You can do anything.

Grab ’em by the pussy. You can do anything. (all comments not by Donald removed)

This conversation is fact. Donald admitted he said these things. Donald admitted to saying that he tried to seduce a married woman. He admitted to bragging about how his celebrity status meant he could grab women by their genitals. These are facts and cannot be disputed.

Donald was married to Melania on January 22, 2005. He said these things on or about September 16, 2005, after he was already a married man for the third time. This is also a fact. 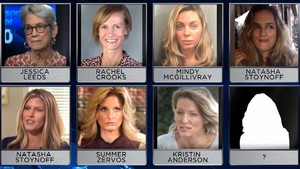 Another fact that cannot be disputed is that grabbing a woman by her genitals without permission is considered sexual assault by the Department of Justice. In the state of New York, the specific crime is “forcible touching” (assuming there are not aggravating factors), which is a Class A misdemeanor punishable by up to 1 year in prison, 3 years probation, and/or up to a $1,000 fine. In the state of California, the specific crime is “misdemeanor sexual battery,” and it’s punishable by six months in jail and/or up to a $2,000 fine. Other states have different specific definitions, punishments, and delineations between misdemeanor vs. felony sexual assault. But in every state, what Donald bragged about is a crime if he didn’t get consent first. This is also a fact.

At some level, I can accept that some people believe this was just “locker room talk.” I can accept that some people think that, even if Trump did these things, his words don’t matter. I can even accept that there are people who think sexual assault of the type Donald bragged about shouldn’t be a crime. I disagree, vehemently and probably loudly, but each of these positions is an opinion, not a fact. And so long as we all agree on the facts, we can have a discussion.

Global warming (aka climate change or industrial climate disruption) is a scientific theory that ties the observations that the Earth’s average temperature has increased over the last 100+ years to the emission of carbon dioxide (CO2) and other greenhouse gases by human industry. While there are aspects of this theory that may be reasonably argued, there are nonetheless many facts that are indisputable. 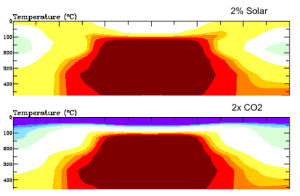 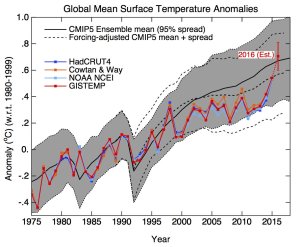 And it’s also a fact that the measured global temperature has closely matched model projections when the effects of volcanic eruptions and slowdowns in the global economy are accounted for.

Those facts and others have convinced the overwhelming majority of scientists working in climate-related fields (90% or greater, depending on the study) that human activities are changing the Earth’s climate, and those changes will very likely be disruptive to ecosystems and nations (aka industrial climate disruption). As of the last major Intergovernmental Panel on Climate Change assessment in 2013, the evidence is as strong as the evidence that smoking causes lung cancer.

There are other facts as well. For example, no skeptic or group of skeptics of industrial climate disruption has yet proposed a comprehensive alternative hypothesis that matches all the data as closely as global warming theory does. Every alternative hypothesis I’ve seen to date is falsified by significant errors, ranging from rejecting quantum mechanics (in a way that is falsified by the fact your refrigerator functions) to radically overestimating the amount of heat flow from the Earth’s core combined with no evidence of an uptick in geologic activity. To date, only global warming theory matches all the data. This is why global warming is scientific theory, not merely a hypothesis.

Another fact is that individuals and organizations that stand to lose large amounts of money and/or political power have spent large amounts of money in an effort to sow fear, uncertainty, and doubt (aka FUD) about the facts underlying climate science. This effort mirrors similar efforts by many of the same people and organizations to downplay the risks of smoking, acid rain, and ozone layer depletion due to chlorofluorocarbons. 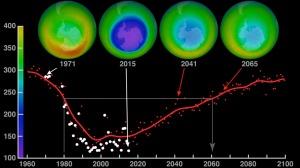 There are many aspects of climate change that are not well understood and are still debated even among experts, never mind among knowledgeable amateurs. For example, climate models can’t yet project with confidence how industrial climate disruption will affect small regions (say, less than the size of Alaska) beyond the level of generic statements like “dry regions will get dryer, wet regions will get wetter.” The impacts of higher global temperatures on tropical cyclones are still unclear, because the two most significant drivers of cyclone formation (sea surface temperatures that power cyclone formation vs. high altitude winds that try to tear cyclones apart) are expected to change in opposing directions, and scientists don’t know which will dominate. And there are many competing solutions in the realm of individual action and government policy.

But the foundations of industrial climate disruption – the Earth is heating up and the dominant cause is CO2 released by burning fossil fuels to power human civilization – are indisputable facts.

Donald claimed that he wanted to block Muslims from entering the United States, but has since backed off – a little – on that claim. We can argue whether he truly means what he said, but there is no denying that he said it.

There is no evidence that vaccines cause autism, and Andrew Wakefield (the leader of the team that initially claimed a link in 1998) was disgraced and had his UK medical license revoked for fudging his data. Vaccines do have downsides, like pretty much everything in the world, but autism is not one of them.

Abstinence-only sexual education doesn’t reduce teen pregnancies or the teen abortion rate, but providing free long-acting contraception does. What to include in sex ed, on the other hand, and how guys get all whiney about male contraception – those are excellent topics for debate.

Objects in low earth orbit (160-2000 km altitude) have an orbital period between about 87.5 minutes and 127 minutes, depending on their exact altitude.

There is no evidence of widespread voter fraud in the 2016 election. How best to secure voting machines, ensure that 100% electronic voting is accurate, correct errors in the voting rolls, and enable minorities to vote, on the other hand, are all great topics for discussion.

Silver has the lowest bulk resistivity of any metal, but it’s much softer and more expensive than copper (which has the 2nd lowest bulk resistivity), limiting it’s usefulness for electronics applications. Whether, in the event of shortages, silver should be saved for electronics and medical applications instead of being used in jewelry might be a very interesting discussion to have.

Ignorance is not a crime. Our world is complicated, and it’s simply not possible for someone to be highly knowledgeable about everything in it. I know a little bit about car maintenance, home repair, and landscaping, a decent amount of general science, a bunch of physics, and a ton about designing electronics. But I know squat about farming, running a restaurant, managing a forest ecosystem, hunting, roofing, and so on. I’d guess that there are far more things in this world that I am ignorant of than there are things of which I am knowledgeable. I’m as ignorant about stuff as everyone else is, just about different things.

In every area of knowledge, there are facts that are simply true. They’re real, and no amount of struggling, crying, whining, or denial can change them. The examples above are just facts about topics I’m familiar with.

When it comes to my trying reach out, accepting that identifiable facts are facts is not negotiable. I’ll try to educate whomever I’m having a discussion with about the facts (and I’d like to hope that they’ll try to educate me on facts of which I’m unaware), but if we can’t come to agreement that the facts are facts, then there really isn’t any point to continuing the discussion.

Since the election it has felt like there are two, distinctly different Americas. But that’s not true. There is still only one reality, but that reality is radically different from what I thought it was before Election Day. Better understanding what reality actually is will require listening more, talking less, and being more open minded about other perspectives and experiences than I have been in the past. But there are limits. Facts matter, and no matter how strongly and sincerely held an opinion may be, if that opinion is in opposition to the facts, it’s wrong. If someone is unwilling to change their opinion to match the facts, then that person has chosen to believe in an unreal world.

And if that’s their choice, then it’s their own fault when reality comes crashing down upon them.