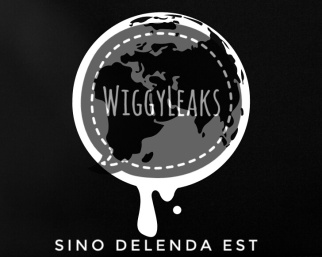 Donald: Congratulations, Mad Dog, you get the job.

Mad Dog: Sir, you should know that I’m being blackmailed by the Chinese.

Donald: Aren’t we all? The question is whether God and Country are more important.

Mad Dog: There’s more, sir. It’s not just me. Good men in our military are being blackmailed. We have no opportunity to meet women, and we’re ill-equipped to woo them when do. We have no practice. We have a very brief time before we’re redeployed. And then, suddenly, Tinder appeared, and Plenty Of Fish, and I suppose Grindr for the boys who swing that way. We were just trying to get laid, sir.

Donald: So was I. That’s how I got caught up in all this. Make one mistake and they want to crucify you. I’m way past that. There’s a cyber war on, and it’s threatening to turn into a real war. Now is the moment you decide whose side you’re on. Either come clean, so they can’t blackmail you, or you’re fired. What’s it gonna be?

Mad Dog: Sir, there’s something else. One of the women, she was a foreign agent.

Donald: Does she know that you know?

Mad Dog: I hope not.

Donald: Good. We can use that.

Mad Dog: She told me, sir, that the Trump hotel in DC is bugged, that every room is bugged, cameras, microphones, the whole bit.

Donald: That’s true. We’re keeping an eye on it.

Mad Dog: So are the Chinese.

Mad Dog: Not if they want to keep their secrets, sir.

Donald: Excellent work, Mad Dog. Do you mind if I call you that? I don’t want to be rude.

Donald: There always is.

Mad Dog: It’s built to fall down. The Trump Hotel will be the target of a terrorist attack in the future, and it will fall.

Donald: Fear not, Mad Dog. That was my idea.

Note: This is satire.