Statistics prove that there are 25 bathtubs sold to every Bible… and 50 to every dictionary, and 380 to every encyclopedia… proving that while we may be neglecting the interior, we are looking after the exterior…. – Will Rogers 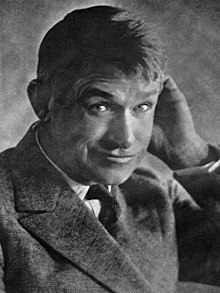 And now we reach the last volume in the collection The World’s 100 Best Short Stories. The subject/theme of this volume is humor. There are some well remembered writers such as P. G. Wodehouse, Will Rogers, George Ade, and, oddly enough, Emile Zola. There are some not so well remembered writers such as Emile Gaboriau, Charles Brackett, H. C. Witwer, and William Hazlett Upson. And there are some figures whose literary legacy is either based on a single work (Frank R. Stockton, mentioned previously) and Booth Tarkington, a writer extraordinarily popular in his time whose reputation is now all but eclipsed.

This is the weakest volume in the entire collection. There are reasons for this and we’ll explore them.

But first, a digression.

I’ve been a subscriber to satellite radio almost since its beginning (sneer if you must). One of my favorite channels when traveling is called Old Time Radio which, as its name suggests, is a station that broadcasts old radio programs. The thrillers (such as Suspense and The Whistler) are great, as are the detective programs, westerns, and sci-fi programs. What aren’t so great are the comedies. The humor is dated – partly because humor is often topical and thus loses its reference points. That’s a given and I doubt anyone doesn’t understand that. But there’s a deeper way in which humor ages more than other genres: there are cultural references inherent in humor that are gone after a generation or two. Some writers overcome this: Swift and Twain immediately come to mind; the dark humor in Gulliver’s Travels and Huckleberry Finn works whether one gets all the topical or cultural references. Many humorists don’t achieve this transcendence, however, as this volume proves.

The stories by Brackett, Witwer, and Stockton suffer from this defect of having dated cultural relevance without having the compensating comedic and literary power of Swift and Twain. The worst offender in this regard, however, is Booth Tarkington’s story “The Boy Penrod.” Penrod is a sort of Tom Sawyer figure and the story is about shenanigans that will remind one of Tom’s misadventures. Unlike Tom, however, Penrod seems a dated character, more Andy Hardy than Tom Sawyer. That same problem – feeling dated to the point of  seeming camp to a contemporary reader – afflicts Brackett’s, Witwer’s, and Stockton’s stories.

Better are the George Ade story, “To Make  Hoosier Holiday,” the P. G. Wodehouse story, “The Custody of the Pumpkin,” and Will Rogers’ “Spring is Here with Poems and Bathtubs.” Ade’s story is an examination of the lengths competing small town churches will go to have the “best” Christmas pageant. Wodehouse’s farce, part of the series of stories about Blandings castle and its master Lord Emsworth, is about a wayward younger son, a prize pumpkin, and a recalcitrant Scottish gardener. The delight lies in Wodehouse’s telling of the story as is always the case:

Much has been written about the psychology of crowds, designed to show how extraordinary and inexplicable it is, but most of such writing is exaggeration. A crowd generally behaves in a perfectly natural and intelligible fashion. When, for instance, it sees a man in a badly fitting tweed suit and a hat he ought to  be ashamed of getting put through it for pinching flowers in the park and the man says he is an earl, it laughs. This crowd laughed.

Will Rogers’ meditation on the craze that had seized Americans for building homes with lots of bathrooms, quoted above, is filled with the sort of dry wit and social criticism Rogers was and is famous for. Here’s one brief sample:

I tell you if baths keep on multiplying in the modern home as they have lately, it won’t be five years till a bathtub will be as necessary in a home as a cocktail shaker.

If two members of the same household have to use the same bath, it is referred to a the community tub.

Emile Gaboriau’s “The Accursed House” is a clever tale of how rumor and innuendo can destroy the reputation of a valuable piece of property. Gaboriau does a creditable job of poking fun at the evils of gossip, but his work owes much to his greater contemporary Guy de Maupassant.

That brings us to the two best stories in the collection. William Hazlett Upson’s “I’m in a Hurry” is the funniest story in the collection. It is composed entirely of letters, all but one of which is correspondence between the Earthworm tractor company and a young client who has bought a used tractor and needs “…the big bull gear in the back end of the transmission that goes round and round and drives the tractor….” As the client , one David Crockett Suggs of Dry River Junction, Texas, becomes more and more desperate, the company responds with the sort of business communication that plagues – well, business communication:

This will acknowledge receipt of your letter of October 18, from which we note that you are having trouble in installing in your tractor gear No. 6843, which we shipped you on October 14.

Ultimately a serviceman from the company happens to be in the area and diagnoses the problem. Young David has actually been trying to get a part for an Earthworm tractor when he owns a used Steel Elephant tractor. Unfortunately, this information will never reach the customer, as the serviceman reports to the company via telegram explaining that young David has left town, eloping with his most important customer’s daughter:

In regard to your suggestion that Mr. Suggs might be persuaded to buy a new tractor, I think this is hardly possible. It is reported that before he left, Mr. Suggs stated that he and Miss Rogers would be married and would locate in Chicago. He was uncertain what business he would take up, but said very emphatically it would be nothing in any way connected with house moving or  with tractors or any kind of machinery.

That brings us to the most unusual story in this volume, “The Fete at Coqueville” by that master of hilarity Emile Zola. The story tells the tale of a small Norman fishing village divided by feuding families. Two young lovers, one from each family, fall in love and want to marry but parents on both sides of the feud oppose the match. Stop me if you’ve heard this one before, one might say….

All this seeming drama is defused by a shipwreck. A cargo ship carrying fine brandies, liqueurs, and wines goes down in a storm near Coqueville. The two families, who are the village’s principal fishermen, go to sea day after day following the wreck and, instead of bringing in their usual catch of fish, bring in the fine potables. At first the two groups drink their wine, liqueur, and brandy separately, but, as Zola slyly points out, nothing brings people together like thirst.

Ultimately the two fishing boats bring in a stupendous haul of wonderful drink and the entire village throws a party – the fete at Coqueville of the story’s title. Everyone in the village gets very mellow and the priest is able to convince the feuding families to allow their children to marry. The story, Zola assures us, has now entered the lore of the region:

The fete ended with a marriage…. Speak of that in lower Normandy, they will tell you with a laugh, “Ah! yes, the fete of Coqueville!”

I don’t know about anyone else, but I like the idea of having a party with the best of food and drink to resolve our differences.