The consolations of literature…

Life is a jest; and all things show it/ I though so once; but now I know it. – John Gay 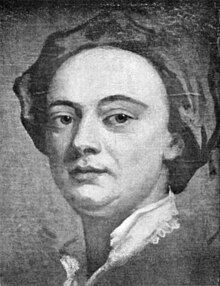 Friends ask me with some regularity why it is that I spend so much of my free time reading and contemplating and writing about literature. I forswore writing about politics several years ago. (I think it was about 2010 that I gave up trying to say anything useful on the topic. I may have let slip the odd veiled or not-so-veiled reference in the essays I write about literature, but my active days as a critic of this, that, or the other political activity or politician are over.)

Great days – or if the Chinese curse is more apt, interesting days – are upon us, however, and while I can and do find comfort at times in Lord Byron’s flippancy:

I would to heaven that I were so much clay,
As I am blood, bone, marrow, passion, feeling—
Because at least the past were passed away—
And for the future—(but I write this reeling,
Having got drunk exceedingly today,
So that I seem to stand upon the ceiling)
I say—the future is a serious matter—
And so—for God’s sake—hock and soda water!

I find that as I contemplate the changes likely to be wrought in my country with the election of the author of one of the epigraphs that begin this essay, that I must find more – and healthier – consolations than the one the 6th Baron of Newstead Abbey proposes.

And so I turn to literature.

The results of the 2016 Presidential election have elicited a cacophony of “just words” from a wide variety of sources across the political spectrum. One can find and read gloating, despair, appeasement, and high dudgeon with a few clicks of one’s computer keyboard. Some of this discourse is reasoned; much of it is not. All  of it, however, is impassioned, not a little of it inflammatory. It comes from all points, and its burgeoning growth does not portend well for our coming together as a nation.

The less said about what passes for discourse on social media, the better.

A central theme in all these words is a search for answers. Writers ask again and again some variation of two of the journalist’s key questions: How? Why? The belief is that if one gets answers, the current chaotic climate will somehow becalm itself and one will begin to feel as did Julian of Norwich:

Unlike many of my friends and family, I have found myself less interested in answers  (which I have found cold comfort on too many occasions) and more interested in truths (which I have found not just consoling but enlightening). Literature is full of these, and I have found myself turning to them over recent days. Some have come unbidden in full form (I have a prodigious memory, as my family, friends, and students will attest, some of the latter ruefully). Others have flickered in my memory as I have thought about this election, these times, this essay.

One of the first came to me as I tried to get to sleep in the early hours of November 9, 2016. It came in the form of a madrigal, “The Silver Swan,” by Orlando Gibbons whose lyrics (of uncertain authorship) are often published as a poem:

The silver Swan, who, living, had no Note,
When Death approached, unlocked her silent throat,
Leaning her breast upon the reedy shore,
Thus sang her first and last, and sang no more:
“Farewell, all joys! O Death, come close mine eyes!
More Geese than Swans now live, more Fools than Wise.”

Another song besides Gibbons’ madrigal has been running through my head, also. This one has much to do with what I fear will drive American foreign policy. Since the author is our most recent Nobelist in literature, and since his medium is sung rather than the read or spoken, I give him his ground and place here his work in its proper setting:

Because of my deep love for the sport of fly fishing, another concern that is haunting my thoughts these days has to do with how changes to American environmental policies will affect my beloved sport and our planet. When I contemplate how little people really think about the natural world, of course, William Wordsworth comes to mind:

The world is too much with us; late and soon,
Getting and spending, we lay waste our powers;
Little we see in Nature that is ours;
We have given our hearts away, a sordid boon!
This Sea that bares her bosom to the moon,
The winds that will be howling at all hours,
And are up-gathered now like sleeping flowers,
For this, for everything, we are out of tune;
It moves us not. – Great God! I’d rather be
A Pagan suckled in a creed outworn;
So might I, standing on this pleasant lea,
Have glimpses that would make me less forlorn;
Have sight of Proteus rising from the sea;
Or hear old Triton blow his wreathed horn.

That sums it up nicely, methinks.

That brings us to the most problematic area: race relations. I am as pure a WASP as  anyone can find – a white Anglo-Saxon protestant – (kicker) male. I have all the voice in the world – the 2016 election demonstrates that. This election (I go on  record here to say I voted for Mr. Trump’s opponent, despite many misgivings.) was about two powerful and horrible strains that run through our country, racism and sexism.  It seems to me to have been about choosing between two unattractive candidates – a somewhat flawed woman and a man who embodies all that I believe many of us do not want – hate, fear, misogyny, isolationism. What has bubbled up in my consciousness are the words of Dr. King:

Because their lives and the natural world are bound so closely together, I cannot help but be reminded of the words of the great Native American writer N. Scott Momaday, especially in light of the struggles of America’s original inhabitants to prevent their lands (I am thinking of Standing Rock) from becoming our waste basket:

Once in his life a man ought to concentrate his mind upon
the remembered earth, I believe. He ought to give himself up
to a particular landscape in his experience, to look at it from
as many angles as he can, to wonder about it, to dwell upon
it.
He ought to imagine that he touches it with his hands at
every season and listens to the sounds that are made upon
it. He ought to imagine the creatures there and all the faintest
motions of the wind. He ought to recollect the glare of noon and
all the colors of the dawn and dusk.
For we are held by more than the force of gravity to the earth.
It is the entity from which we are sprung, and that into which
we are dissolved in time. The blood of the whole human race
is invested in it. We are moored there, rooted as surely, as
deeply as are the ancient redwoods and bristlecones.

I am ashamed to say I do not know those whom our new President would deport as dangerous as I should, so I cannot speak confidently in their behalf. My isolationism reflects that of too many of my fellow Americans, I fear. And they, like all Americans, are beautiful,  troubled people like Khaled Mattawa:

My lips came with a caravan of slaves
That belonged to the Grand Sanussi.
In Al-Jaghbub he freed them.
They still live in the poor section of Benghazi
Near the hospital where I was born.

They never meant to settle
In Tokara those Greeks
Whose eyebrows I wear
–then they smelled the wild sage
And declared my country their birthplace.

The Knights of St. John invaded Tripoli.
The residents of the city
Sought help from Istanbul. In 1531
The Turks brought along my nose.

My hair stretches back
To a concubine of Septimus Severus.
She made his breakfast,
Bore four of his sons.

Uqba took my city
In the name of God.
We sit by his grave
And I sing to you:
Sweet lashes, arrow-sharp,
Is that my face I see
Reflected in your eyes?

For the LGBTQ community, perhaps the great poet W. H. Auden speaking from almost 70 years in the past, still resonates:

Defenseless under the night
Our world in stupor lies;
Yet, dotted everywhere,
Ironic points of light
Flash out wherever the Just
Exchange their messages:
May I, composed like them
Of Eros and of dust,
Beleaguered by the same
Negation and despair,
Show an affirming flame.

Where does one go from here? I cannot say. I do know that this has been running through my mind a great deal since the events of November 8. Here it is from a deserving, never to be recognized, Nobelist of my generation:

And I realize I’ve forgotten to mention the other author mentioned in the epigraphs. John Gay was an 18th century satirist (if that term isn’t an oxymoron) and a member of the Scriblerus Club, where he hobnobbed with friends Alexander Pope and Jonathan Swift, His most famous work is a “ballad opera” called The Beggar’s Opera. That play concerns crooks and liars – and murderers. Gay intended it as a satire on politicians.

As I said, literature does offer its consolations – and truths.