‘Shall I betray my best friend…? He is all that I have in the world. He saved me from the bear when its claws were already at my throat. We have suffered hunger and cold together. He covered me with his own garments while I was ill. I have brought him wood and water. I have watched over his sleep and led his enemies off the trail. Why should they think of me as a man who betrays his friend?’ – Selma Lagerlof 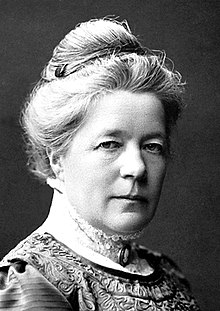 In my essay on volume 7 of The World’s 100 Best Short Stories, the volume devoted to stories about women, I bemoaned the fact that eight of the ten stories in that volume were written by men. In this, volume 8, a collection devoted to stories about men, only one of the ten stories is by a woman, the Swedish author and the first woman Nobelist, Selma Lagerlof. Lagerlof’s story is the best description of what male friendship is like in this volume.

Life is full of ironies, isn’t it?

Among the stories in this volume is one by another major literary figure, Fyodor Dostoevsky. That story, “The Thief,” is also an interesting depiction of male friendship, though its real focus is, as is often the case in the great Russian’s work, identity. And, as one might expect in a collection of stories about men, there are stories about sailors and cowboys and duels and war. So, as anyone who knows a little psychology and/or sociology would expect, these male centered stories are about men doing things together. You know, like fighting and shooting at each other….

Besides Lagerlof and Dostoevsky, there is the usual array of authors popular in their day in this volume. The most famous of this group of authors is W. W. Jacobs, known for the classic short thriller “The Monkey’s Paw.” His story “A Change of Treatment” is one of those involving sailors – in this case a sea captain who fancies himself a physician and is taken in by some of his crew who fake illness because his treatments are quite benevolent. It takes his first mate’s perspicacity and the application of a foul mixture the mate concocts (the change of treatment of the title) to get both the crew and the captain back to their proper duties.

Another story involving sailors is more dramatic. “Strain” by Albert Richard Wetjen is the story of another sea captain and his crew having to move a ship from one quay to another at low tide in the port where they are taking on cargo. The struggle of captain and crew to move the ship under difficult conditions is Hemingwayesque, a tale of grace under pressure.

There is another story involving sailors, but it is better grouped with one about cowboys as the key plot element is the duel. Captain Frederick Marryat’s story “The Great Triangular Duel” concerns a duel among three sailors who somehow have managed to argue themselves into a three-sided duel. Their elaborate rules require that each man shoot at the person at right angles to himself. The result of this nonsensical affair is that one guy gets shot in the jaw and loses a couple of teeth, another gets shot in the buttocks (always good for a laugh) while the “hero” of the piece is fortunate and suffers only a bullet hole through his jacket. The two with injuries, as the offended parties in the affair, are more than happy to consider the matter concluded with honor. “The Man from Red Dog” by Alfred Henry Lewis will remind readers of a cross between Stephen Crane’s classic stories “The Blue Hotel” and “The Bride Comes to Yellow Sky.” A tough cowboy shows up in a corrupt mining camp with the intent of cleaning it of its more sordid elements. Eventually his crusade leads to a duel with the camp’s tough guy leader, one Cherokee. These are not your basic gun fighters having at it with Colt revolvers; these characters duel with Winchester repeating rifles. In an ending that may surprise some readers, the man from Red Dog, the protagonist of the title, meets his demise in the gunfight – the camp leader’s dance hall girl inamorata has tampered with the Red Dog man’s gun sights so that his shots go awry. As the story’s narrator, a sidekick of the camp leader observes:

‘Well gents…I reckon we-alls might as well drink on it. Hist’ry never shows a game yet, an’ a woman in it, which is on the squar’, an’ we meekly b’ars our burdens with the rest.

Other stories are outliers of varying sorts. “Words and Music” by Irvin S. Cobb features a Southern “philosopher” character, Judge Priest (played in films by the redoubtable Will Rogers). This story is an example of a certain type of postbellum Southern writing (Joel handler Harris‘ Uncle Remus stories are the most famous example of this sort of “Sunny South” nonsense). The old judge, having been called as a character witness at the trial of a young man who has killed an unscrupulous businessman in a shootout, effects the young man’s acquittal by appealing to the Civil War veterans on the jury and reminding them that a man has the right to defend his life when the shooting starts. If you like your heroes folksy racists and your African Americans adept at the shuck and jive, this stuff is for you.

“The Passage of the Red Sea” by Henri Murger deserves to be a better story than it is. Murger himself is sometimes considered the prototype of what we now know as the bohemian, the artsy, alternative lifestyle type. This story, about an artist’s stubborn struggle to get the French Academie  to accept one of his paintings which violate that rigid institution’s expectations for “academic” art is far better recounted in Ross King’s historical study The Judgment of Paris. Murger gets the music right but the words are all wrong. Instead of heroic, as Manet is in King’s book, the artist in Murger’s story seems simply a petulant hipster who wants his annoying beard complimented.

And then there’s Boppo. “Boppo’s Bicycle” by James Warner Bellah is about the youngest son of a wealthy, accomplished English family, their slightly daft black sheep who goes by the nickname Boppo. To paraphrase James Thurber and reference P. G. Wodehouse, Boppo isn’t any dumber than Bertie Wooster, but he isn’t any smarter. He winds up a hero in the early days of WWI because a Belgian soldier commandeers his bicycle during the German invasion and Boppo, in finding and reclaiming his prize, leads a successful counterattack against German troops and saves a group of children trapped in a farm house about to be shelled, all the while not quite clear on what all the shooting is about but determined to get his bike back. Bellah, known for his gritty stories of soldiers and sailors in combat, never quite pulls off the black humor he’s trying for.

That brings us to the volume’s two finest stories, “The Thief” by Dostoevsky and “The Outlaws” by Selma Lagerlof. The first of these, as I mentioned above, is, like so much of Dostoevsky’s work, about identity. A poor tailor, Astafi Ivanich, so poor he rents part of a room, develops a friendship with Emilian, a worthless drunkard addicted to vodka, even allowing him to share his cramped quarters. A pair of breeches that Astafi Ivanich is working on disappears and he becomes convinced that Emilian has stolen them to buy drink (the thief of the title). Protesting his innocence, Emilian leaves, only to return some days later, his health failing. On his deathbed he confesses the theft of the breeches, seemingly confirming Astafi’s suspicions; Astafi forgives him, and even mourns the loss of his friend:

And I had to turn my head away for a moment because grief for the poor devil took my breath away and the tears came in torrents from my eyes….

The complexity in this seemingly lachrymose tale lies in a question that shadows the relationship between Astafi Ivanich and Emilian: are they two men or the same man? Is Dostoevsky describing an actual friendship or a man’s struggle with his own problem? That brilliant sub-textual crux gives the story powerful weight, but it makes Dostoevsky’s story less about men and their relationships and more about the search for identity.

That brings us to Selma Lagerlof’s “The Outlaws.” As simple as a fable, Lagerlof (who, like Tove Jansson, is most famous for her children’s tales) tells the story of Tord, a young man on the run for theft. He has partnered, through necessity, with Berg, a once wealthy and powerful peasant who is sought for the murder of a cleric. The two take refuge in a rugged mountain cave in a wilderness where their capture is close to impossible. Their life in that Edenic setting is honorable:

The outlaws did not live by pillage but supported themselves by hunting and fishing. Had not Berg killed a holy man, the peasants would soon have tired of the pursuit and left them to themselves in the mountains. When Tord took his game down into the valley they would offer him money and a pardon if he would lead them to the cave…

As with any Eden, however (I know a bit about Edens), this perfect life cannot last. Tord, who has grown up with a practicing witch as a mother and a thief as a father (indeed, Tord’s father is the real culprit in the theft of which Tord is accused, the taking of a fishing net), has no knowledge of organized religion. It is only after Berg educates him about Christianity that Tord begins to see Berg’s killing of the monk as an evil deed. He begins to have terrifying visions that he tries to explain to his friend:

‘They were white monks, as pale as corpses. And their clothes are spotted with blood.’

Berg asks him what the visions are telling him and Tord explains:

‘They demand you of me. They would compel me to betray you…. ‘

”Leave me,’ I say to them. ‘My friend has committed a murder , but he is not bad. Leave me alone, and I will talk to him, that he may repent and atone.”

Eventually he betrays the location of the cave to the peasants who seek to bring Berg to justice – and execution. Rather than let the peasants rush the cave, Tord goes in to try to convince Berg to give himself up. Berg is angered that Tord has betrayed him, even for sincere motives, they fight, and Tord kills his friend. The peasants hail him as a hero, but Tord is wracked with grief and confusion. As the peasants leave with Berg’s body, Tord tells them:

‘Tell Unn, for whose sake Berg the Giant became a murderer, that Tord the fisherman, whose father plunders wrecks and whose mother is a witch – tell her that Tord slew Berg because Berg had taught him that justice is the cornerstone of the world.’

Berg befriended Tord, helped him understand right and wrong, taught him how to be a man. When Tord tried to compel Berg to accept those same lessons, their friendship, and Berg’s life, was destroyed. The remarkable Lagerlof captures a central tenet of male friendship: it is based on being or becoming – men. And that same thing is what most often destroys it.