“Youth prefers to be tortured by youth…Youth to youth is the end of all wisdom.” – Konrad Bercovici 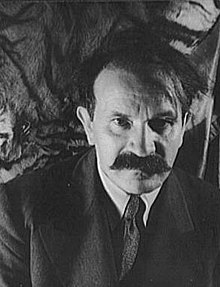 The theme of this fourth in the ten volume collection The World’s 100 Greatest Short Stories (volume 1 here, volume 2, here, volume 3, here) is – Love. Though there is less – shall we say variation? – on the theme in this collection than in the previous collections on Romance and Mystery, the stories are, nevertheless as interesting and thought provoking as those in the earlier volumes.

In one way or another, all the stories in this collection are about romantic love. Some involve memories of romantic love viewed from the perspective of age and wisdom (or lack thereof) whether treated sentimentally as in Hermann Sudermann’s “A New Year’s Eve Confession” or Gouverneur Morris’s “A Postscript to Divorce” or comically as in Ring Lardner’s “The Golden Honeymoon.” Some involve the foolishness and passion of youth as in Barry Benefield’s “Down Bayou Dubac” and Sherwood Anderson’s “I’m a Fool.” A couple, surely daring for their time, involve explorations of love for those less traditionally inclined – “Mademoiselle Olympe Zabriski” by Thomas Bailey Aldrich and “Boless” by Maxim Gorky.

Perhaps the most interesting of these stories about love and its power to make fools of us all are those in which youth and age collide.

“Love and Bread” by August Strindberg is an examination of the passions of youth in conflict with the wisdom of age. Two young lovers, a head strong, over Romantic young man and a naive, over romantic young woman, wish to marry. Parents, specifically the young woman’s father, oppose the marriage because the young man both does not have a very good job and he shows no signs of responsible fiscal behavior. In spite of the father’s wishes, pleas, and imprecations, the young couple marry and, indeed, the young man shows himself to be fiscally irresponsible. Eventually his wife and daughter have to move back in with her father because the young man’s debts become so severe that he loses everything and faces years of debt. Strindberg wryly concludes:

It might take him twenty years to pay off all his obligations. And then…? Could he then support his wife and child? Probably not…. So he must be thankful to to the hard-hearted old man who had so cruelly separated them…. The beasts of the field find maintenance easily enough, while of all created beings man alone must toil and spin. It is a shame, yes, it is a crying shame, that in this life everybody is not provided with gratuitous partridges and strawberries.

Ivan Turgenev’s “The District Doctor” examines a doctor/patient relationship derailed by personal involvement. A physician in his late thirties is called to the home of a poor family where the oldest daughter, a beauty of 20, has come down with some kind of fever. While he cares for the young woman, whom he soon realizes that he cannot save, the doctor and his patient develop a deep bond that blossoms into love. The doctor finds himself tormented by his inability to save his patient, by his inappropriate affection for the young woman, and by knowing that he has met the love of his life and is going to lose her before he really knows her. As he concludes his tale of lost love, told to an acquaintance in a kind of expiation, he recounts the girl’s dying words to him:

“‘Forgive me,’ she said; ‘I am perhaps to blame towards you…my illness…but believe me, I have loved no one more than you…do not forget me….'”

The emotional trauma that his experience causes the doctor is evidenced in Turgenev’s bittersweet denouement. In trying to show his acquaintance that he’s moved beyond this powerful experience of love colliding with his profession, the doctor confesses that now, several years later, he has married a “suitable” wife who is something of a shrew and has a couple of whiny children. By way of excusing this “punishment” that he’s inflicted upon himself, he demeans the experience of falling in love with his young patient this way:

“It is not for me to give way to exalted emotions. There’s only one thing for me to think of; how to keep the children from crying and the wife from scolding.

One last story, this one from a writer who, like Leonid Andreyev mentioned in my last essay, deserves a wider audience. “Youth to Youth” by Konrad Bercovici, pictured above, tells the story of a gypsy leader, Koro, who is brought to grief by his love for a younger woman.

It is a story as old as time, perhaps.

Koro is a man who is able to unite many refugees into a cohesive tribe of Romany; his intelligence and wisdom helps a diverse group of refugees form a happy, resilient tribe of people who are able to endure hardships with aplomb, even joy. But Koro himself is sad because he is lonely. His wife has died young, and he finds himself in his early forties yearning for love.

That is when he meets Mana.

Mana is beautiful, intelligent – and far younger than Koro. Despite his intelligence and his wisdom, he takes her away from her abusive young husband and makes her his wife. Koro gets a few years of bliss with his beautiful young wife; Mana gets Koro’s wisdom and eventually, control of the tribe Koro has created. Finally, Mana leaves Koro for the same sort of abusive young thug that Koro “rescued her from.” Bercovici describes it this way:

And then having left him, she went to the other one – someone who had yet much to prove and to learn, someone who would listen to her wisdom – the wisdom borrowed from Koro – which he had given because he loved and which she had taken to make herself loved by others….

You can hear of her wisdom from one end of the country to the other. They wonder that a woman so beautiful and so wise should let herself be treated so cruelly by Gregory, who is neither handsome nor wise….

Youth to youth is the end of all wisdom.

Koro ends his days living alone is a desert of his own making. Age brings wisdom – but, as Bercovici shows us, love conquers both age and wisdom.