“The percentage of fiction which can hold its place with succeeding generations is, I believe, much smaller than critics suppose. Every generation has a right to insist that its own enjoyment of of experience is in one respect the best enjoyment, because the most complete.” – Grant Overton, editor-in-chief,  The World’s 100 Best Short Stories 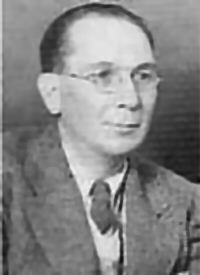 You can find some good books at the library. A couple of years ago Lea and I were at our local library donating some books and ran one of those periodic sales libraries have when they get rid of perfectly wonderful books for no reason at all. So, because I’m no fool, I grabbed some good buys.

I bought a set of ten leather bound volumes – first editions, mind you – called The World’s 100 Best Short Stories. Published by Funk and Wagnalls in 1927 and edited by a newspaper editor, writer, and critic named Grant Overton, the set is organized thematically to allow readers to sample stories according to their interests. Besides the “Adventure” theme in Volume 1, there are volumes themed “Romance,” “Mystery,” and “Humor,” for instance. The range of authors goes from popular short story authors of the time of these volumes’ publication like the pictured Richard Connell to classic members of the literary canon such as Victor Hugo to figures who straddled both the popular and literary worlds such as Robert Louis Stevenson. It’s a terrific collection of enjoyable (and enlightening) reading for any mood.

What dd this nifty collection set me back, you ask? Two bucks. $2. Two hundred cents.

The mix of writers in this first volume of The World’s 100 Best Short Stories is a good example of the variety throughout this set (I’m currently finishing Volume 3, “Mystery”). Writers from the contemporary period (1927, about in the middle of the great period for mass market magazine fiction) such as Stewart Edward White, Frank H. Spearman, Richard Harding Davis, and Arthur Somers Roche are matched with classic (and canonical) authors such as (in this volume) Robert Louis Stevenson, Bret Harte, O. Henry, and Victor Hugo.

It would be very difficult to talk about all ten of the stories, so I’ve chosen three, two that were new to me and one that I’ve been familiar with since at least junior high. These illustrate the character of the stories in this collection (and indeed, in the entire set).

“The Dummy-Chucker” by Arthur Somers Roche has elements that will remind readers of both F. Scott Fitzgerald and James T. Farrell. An alcoholic con man whose specialty is “dummy-chucking” (a con that involves putting soap in the mouth to mimic symptoms of an epileptic seizure in order to sucker well meaning persons into giving the con man money) is hired by a wealthy young man to impersonate a rival for the affections of a young woman. The con involves making the rival look bad so that the young woman will reject him in favor of the one who has hired the dummy-chucker. Once the game is on, however, and the dummy-chucker takes on the garb and accouterments of a gentleman, he becomes one – he sees the innocence of the young woman he is to con and refuses to follow through on his deal with the wealthy young man. Even as he is turned out of the wealthy young man’s house sans gentleman’s garb, the dummy-chucker reflects that even a dummy-chucker has a code the he will not violate.

“A Fight with a Cannon” by Victor Hugo describes the mayhem that ensues when the carelessness of a gunner allows his cannon to be come loose from its moorings and crash about the gun deck doing great harm to the ship and killing three men. The heroism of the gunner – the very gunner whose carelessness caused the mayhem – stops the mayhem. He is called before the captain, given a medal for his valor – and immediately after is executed by firing squad for dereliction of duty. Hugo describes this seeming contradictory behavior this way:

Courage should be rewarded and negligence punished.

Richard Connell’s story “The Most Dangerous Game” was for decades one of the most anthologized stories in reading textbooks across America. It is pure action-adventure. A professional big game hunter named Rainsford falls off a yacht bound for South America and saves himself by swimming to an island. The island is inhabited by a former Tsarist general named Zaroff who is also a big game hunter who uses the island as his private hunting preserve where he hunts – humans. An admirer of Rainsford, Zaroff invites him to join him in the pursuit of his “sport.” Rainsford vehemently refuses and as a result finds himself quarry rather than hunter, his survival dependent upon his ability to use his own hunting talents to save himself from Zaroff.

If the plot sounds familiar to you, that’s likely because the novel’s story line (with variations) has been used repeatedly for films and television shows. But Connell’s is the original – and certainly one of the best short stories of its time – and perhaps any time.

One can only look forward to the rest of a set that contains such gems.