I’m not disappointed in Ryan Lochte.

Liar Liar 2, starring Ryan Lochte – coming soon to a theater near you.

When I saw the headline – Ryan Lochte and three others robbed at gunpoint in Rio – my first thought was something like “damn, that’s awful.” But it should have been “wait – what’s the operative word in that sentence?” The answer, of course, is “Lochte,” and if I were even a little alert I’d have known, without question, that a raging, sideways douche-bro shitrain was a’fixin’ to blow up.

And it just keeps getting worse. First he made up the robbery story. Then we get video proving he lied and we learned that it all went down because he and some douche-bro teammates were trashing a store in the middle of the night. Then he lies some more.

Yesterday he finally “apologized,” except he didn’t really.

“I want to apologize for my behavior last weekend — for not being more careful and candid in how I described the events of that early morning,” Mr. Lochte said in a statement on Instagram.

Mr. Lochte did not give a full account of what happened during the episode, or explain the ways in which his earlier depictions of events were inaccurate. But he insisted that a gun was pointed at him and that he was forced to hand over money.

“It’s traumatic to be out late with your friends in a foreign country — with a language barrier — and have a stranger point a gun at you and demand money to let you leave,” he said in the statement.

Pretty tepid stuff, as apologies go. His crime, it seems, was in not being more “careful” about how he “described the events.” And he doubles down on having a gun pointed at him. Not he apologizes for trashing a store. And his characterization of having “a stranger point a gun at you and demand money to let you leave,” well, that omits a relevant detail or two, doesn’t it?

“I over-exaggerated that story and if I had never done that we wouldn’t be in this mess,” he said in a snippet of the interview aired on NBC on Saturday evening.

“None of this would have happened,” he added about the aftermath in which three of his fellow swimmers were questioned by Brazilian police and one was ordered to donate nearly $11,000 to a Brazilian charity.

Well, none of it would have happened if you hadn’t been out in the middle of the night, liquored up and vandalizing and pissing on a place of business like a rutting, fourth-rate piece of white trash on angel dust. But let’s not niggle over semantics. Go on.

Lochte, 32 and a four-time Olympian, blamed his “immature behavior.”

Lauer asked Lochte about using the word “victims” in a prior interview when police have said the swimmers were vandals.

“It’s how you want to make it look like,” Lochte responded. “Whether you call it a robbery or whether you call it extortion or us paying just for the damages. We don’t know. All we know is there was a gun pointed in our direction and we were demanded to give money.” 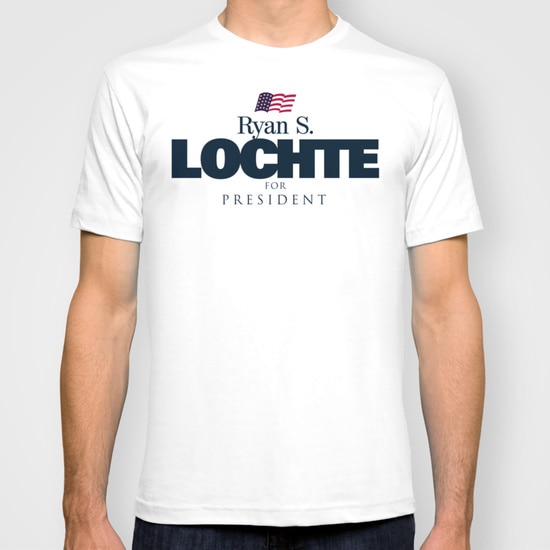 Ummm. So in Lochte World armed robbery and being forced to pay for damages are the same thing. I bet being convicted of a crime and put in jail would be “kidnapped at gunpoint.” “I bought her a drink and asked her back to my room” is how he’d describe roofie-enabled date-rape, I’m guessing.

Seriously, Ryan has to be one of the least self-aware, most privileged, entitled wastes of skin in the world.

All is not lost, though. America loves redemptions and second-chance stories. Lochte is a brain-dead, narcissistic celebrity with an appallingly distorted view of his own value in the world.

It’s almost impossible to imagine that he won’t wind up as a nominee for president one of these days, init?