Can ISPs be sued for copyright infringement? Well, you can try.

It is unreasonable to try to hold internet service providers (ISPs) responsible for the content a subscriber uses or downloads — even if that content has been pirated or otherwise illegally obtained. 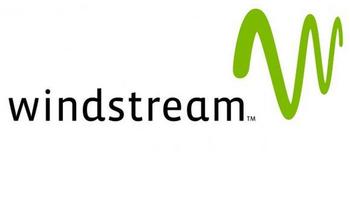 That’s the case being argued in the U.S. District Court for the Southern District of New York, where Windstream is fighting legal action against it from BMG Rights Management and Rightscorp, a separate company that executes BMG’s contracts.

BMG claims Windstream, an ISP with 1.1 million subscribers, is complicit in copyright infringement brought about by its customers by downloading pirated content, namely music owned by BMG. For the past five years, BMG, via Rightscorp, has been sending Windstream notices with settlement demands.

Windstream isn’t having it. In a motion filed June 27 in the Manhattan court, Windstream argues that “As a pipeline to the internet, Windstream does not monitor or otherwise control the manner in which its subscribers utilize their Windstream internet connection and does not initiate, control, select or modify the material or content transmitted by Windstream subscribers over Windstream’s network.” (See a pdf of the full complaint here.)

Further, Windstream has no ability to determine or monitor the files stored on users’ computers or identify any files obtained through sites like BitTorrent.

In the five years since BMG and Rightscorp began sending Windstream notices alleging infringement of BMG’s copyrights, Windstream has received dozens of letters saying it is “liable for contributory and vicarious copyright infringement,” the company says in its court complaint. The notices don’t follow a set structure, meaning each must be manually processed.

“The notices lack sufficient details to show the occurrence of actual copyright infringement and the specific identity of the person(s) accused of infringing BMG’s copyrights, making it impossible for Windstream to know whether any of its subscribers have actually infringed upon BMG’s copyrights using Windstream’s network,” the complaint argues. Windstream recently has been accused of “allowing repeat copyright infringers to use Windstream’s network to infringe upon BMG’s copyrights,” and should be responsible for “actual or statutory damages as high as $150,000 per infringed work.”

Windstream maintains it is merely a “conduit for the transmission of internet services” and therefore cannot be subject to the take-down notices allowed under the Digital Millennium Copyright Act. The company is asking the court to toss all allegations against it, find that Windstream hasn’t been negligent or complicit in any illegal activity and, therefore, BMG isn’t owed any compensation.

Last year, a federal jury in Virginia awarded $25 million in damages to BMG and Rightscorp, ruling that Cox Communications essentially turned a “blind eye to musical piracy,” ArsTechnica reported at the time. The judge in that case, U.S. District Judge Liam O’Grady, ruled the cable and internet provider  was not protected under the DMCA “safe harbor” provision because it did not “reasonably implement” a policy to find and cut off service to customers who repeatedly infringed on copyright protections.

The idea of a publishing company, or any entity that maintains legal rights to a piece of work, suing a service provider of any kind for the actions of a customer is a little unwieldy.

Let’s pretend, for a post-Snowden moment, it really is possible for Windstream to monitor, trace or catalog the information an individual user downloads or accesses through the course of an average day. How long should an ISP be expected to keep those records and with what kind of mechanism should those records be kept and studied? Who’s supposed to do that work?

Should BMG and Rightscorp win, it might be a victory for labels against piracy — a fight that is understandable at a time when musicians are making less off their music and more from t-shirts and tickets — but it’s a loss for privacy.

Amber Healy, who has written for news outlets as well as NASA and the federal government, says she writes about music policy and lawsuits because they’re endlessly fascinating. This post first appeared at A Journal of Musical Things.