The Slants, or Washington’s NFL team, might soon go to SCOTUS over their names

Just as The Slants prepare to release a new album with a new singer, it might be time to prepare to face the U.S. Supreme Court. Sadly, this won’t come as a surprise to the band. 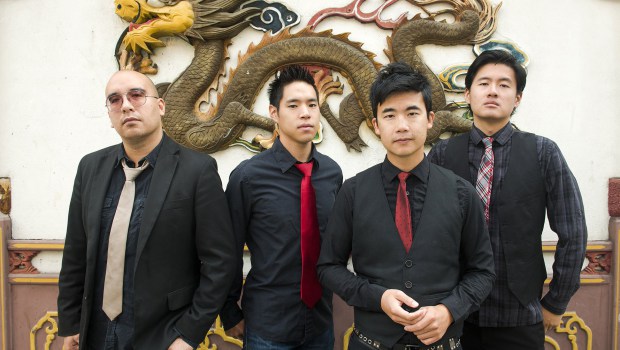 In December, the U.S. Court of Appeals for the Federal Circuit ruled the U.S. Patent and Trademark Office (USPTO) was in violation of the Constitution when it rejected the band’s application to register its name as a trademark. By a margin of 9-3, the federal court ruled the “disparagement” portion of the Lanham Act — a 60-year-old and little-understood law — could not be used to prevent the band from its right to trademark its name.

In a 110-page ruling, the full banc of judges noted words can have tremendous weight and power, saying in particular the name selected nearly six years ago by Simon Tam, the band’s bassist and leader of the effort to secure the trademark, was picked “to make a statement about racial and cultural issues in this country. With his band name, Mr. Tam conveys more about our society than many volumes of undisputedly protected speech.” The judges added the First Amendment “protects even hurtful speech. The government cannot refuse to register disparaging marks because it disapproves of the expressive messages conveyed by (trademarks). It cannot refuse to register marks because it concludes that such marks will be disparaging to others.”

Such a denial, as was the position of the USPTO, is akin to “viewpoint discrimination,” an unconstitutional action.

Now the USPTO is asking the U.S. Supreme Court to review the case and overturn the ruling. They’re not alone.

On Wednesday, April 19, Michelle K. Lee, the undersecretary of commerce for intellectual property and the director of the USPTO, filed her petition with the Supreme Court asking for consideration. Earlier this week, another high-profile organization asked to skip over the case between the USPTO and The Slants and instead rule on its case.

Many groups following either the case of the Washington Redskins football team, which lost its trademark protections two years ago, or The Slants have tried to draw parallels or equivalencies between the two legal fights. What is most important to note is this: The football team’s name is one filed by an organization not made up of constituents of a particular class or group and using a name that has for centuries been used as an invective or insult; as Tam has told other publications, including this one (and former sister site GeeksandBeats.com), use of The Slants as a band name has the support of several Asian American organizations, and the band itself consists of four Asian-American artists.

In a statement provided by his attorney Wednesday afternoon, Tam says simply he is “very confident that the Federal Circuit got it right, and I am looking forward to the resolution of this long process and vindication of my right to receive a trademark registration for The Slants.” His attorney, Ronald Coleman of the New York-based law firm Archer & Greiner PC, says the band will respond to the situation and any further requests for comment on the legal matter via the Supreme Court.

The case is drawing a lot of attention this week: The Washington Post published an article last week quoting from the football team’s petition, filed a few days earlier, which points to the December ruling in The Slant’s case but argues that the football team is “better positioned” to bring its trademark case before the Supreme Court. Tam’s case is “a necessary and ideal companion” to the team’s legal dispute.

Separately, Washingtonian Magazine reports the football team should find “reason to be hopeful” in light of The Slant’s victory in December, quoting another lawyer from a Washington, D.C.-based firm as saying the federal court’s ruling in The Slant’s case “strikes down the PTO’s ability to reject a trademark that potentially discriminates or disparages a group.”

(It should be noted the Washingtonian also refers to someone in the band, possibly Simon, as “Jacob Tam,” though no one in the band has that name.)

Also last week, the band reposted an explanation from 2014 on the differences between the two cases, saying in part that words, which can be used to hurt or protect, are like medicine: “Many medicines are derived from poisons (like ergot or venoms) – what was once used to hurt is now used to heal. In the wrong hands, with the wrong intent, the poisons can cause damage. However, in the right hands, those same poisons can be repurpose/reappropriated to heal certain injuries. When it comes to marginalized populations, there’s no question that reclaiming poisonous words has created healing and reduced hate (psychological studies show that even the dominant group feels a loss in power).”

Amber Healy, who has written for news outlets as well as NASA and the federal government, says she writes about music policy and lawsuits because they’re endlessly fascinating. This post first appeared at A Journal of Musical Things.