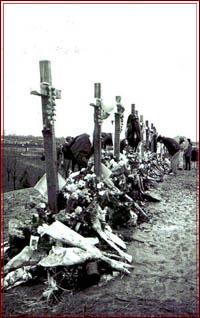 April 20, 1999. I remember exactly where I was, exactly what I was doing. My co-worker at US West, Joe Lopez, turned to me and said “hey Sammy, there’s been a shooting at a school down in Littleton.”

“Find out everything you can,” I said. I’ll go tell Marti. Marti was Marti Smith, our VP, and thus began some of the hardest days those of us in Colorado have ever had to confront.

It was also the moment when I realized that North Carolina, the state I grew up in, was no longer home.

This piece – “Columbine and the Power of Symbols” – chronicles my reaction to the events of 4/20/99 as well as the days that followed, as we all tried to make sense of utter senselessness. It’s still one of the three or four best things I have ever written. And it’s still so very hard to read, even after all these years.