Pssst. Hey, have I got a few sweet jobs for you. 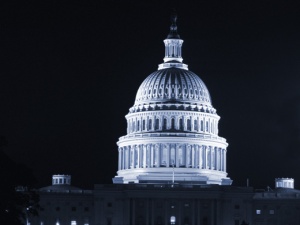 You’ll get an allowance of almost $950,000 to hire staff to help you cope with your arduous schedule. You’ll get money for office expenses and have postage for your official mail paid for you, too. You’ll get great health benefits (including an “attending physician” in case you need emergency care), a gym and workout facilities, and a terrific retirement plan.

You’ll find millionaires, billionaires, and gazillionaires tripping over themselves to give you big bucks. You’ll just have to do a little favor for them from time to time. Nothing much. Perhaps you’ll quietly slip a $640 million earmark into a Homeland Security Appropriations bill for a national security cutter the U.S. Coast Guard says it doesn’t want or need — just to help some of your lobbyist pals over on K Street. Yeah. That and the other $4.2 billion in earmarks crammed into the federal budget in 2015 despite a moratorium agreed to in 2011.

The principal criteria to keep either of these jobs is this: Before you do a damn thing for the people who elected you, do plenty for those who paid millions so you could get this job.

It’s no surprise these are jobs as members of the U.S. House of Representatives and the U.S. Senate. It’s no surprise one overriding consideration compels their reduced workload in 2016: Get re-elected. All representatives and a third of senators must face the voters again. In fact, on each of their working days in D.C., the men and women in Congress spend four hours on the phone fundraising to stay in office and another hour in meet-and-greets and other functions.

Hence the truncated House and Senate calendars this year. After all, why be in session? Congress does so little these days anyhow. Just look at the decreasing markers of laws enacted and resolutions passed from the 110th Congress to the 114th.

The House will not be in session at all in August or October. Its in-session workload will be the least in a decade. A glance at the majority leader’s calendar finds it filled with “district work weeks.” Any guess as to how often House members are in the district and working for us and listening to us? (Fundraising and electioneering is far more likely.)

For sheer political kabuki theater, consider this explanation by House Majority Leader Kevin McCarthy as he released the 2016 schedule:

This calendar ensures that ‘the People’s House’ always remains in-touch with those back home. Discussing ideas and concerns is a critical function of a responsive, representative democracy, and for this reason, our schedule will continue to provide members considerable time for constituent services in their districts each month.

The AP made this comparison: “A full-time worker who gets four weeks of vacation would have roughly 230 days of work next year.”

The 2016 calendar shows the Senate will be in “state work week” status for the last two weeks of July. It will not be in session at all in August. It will convene for only four days in October and not convene in the first, second, and third weeks of November.

Members could have been told they’d have to return to the Hill at the start of August, or before Labor Day, to make up for the lost time. Both tough-love options were ignored in favor of the longest summer recess in at least three decades.

Those who don’t have to be with the GOP in Cleveland or the Democrats in Philadelphia get 52 consecutive days — 14 percent of the year — to catch up on reading, raise money for the fall, vacation with family, visit with constituents or film campaign spots. [emphasis added]

Tim Roemer, writing in Newsweek, pointed to the true cost:

The direct cost to the public is clear: Elected officials are not able to spend 100 percent of their time on their legislative jobs. The problem is not ideological or partisan. It affects the left and the right, Democrats and Republicans equally, and is costing the taxpayer and driving away many talented public servants.

I’d quibble, however, with four of Roemer’s words — are not able to. If Roemer had  considered root causes, he might have written this: “Elected officials have chosen not to spend 100 percent of their time on their legislative jobs.”

Too many lawmakers in Congress have chosen power (or the continuing lust for power) over performance in office. Too many have chosen re-election over obeisance to their consciences. Too many have chosen the millions of dollars provided by big-dollar donors to retain power — rather than legislative effectively for us, their less powerful constituents.

Taxpayers — that’s you and me, unless you’re a corporation with lots of tax lawyers — are receiving a decreasing result for money invested in legislative governance. Our tax money has not produced McCarthy’s responsive, representative democracy. We are not getting a decent let alone satisfactory ROI.

Why do we put up with this crap from so many of these 535 legislators?