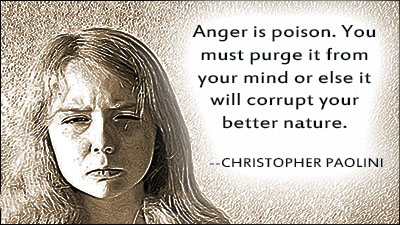 More than sufficient reasons exist for all that anger. I, like many of you, am unwillingly steeped daily in the raw, heavily mediated sewage of billionaire-induced partisan politics; increasing and intolerable economic inequities; a deeply flawed educational system; conflicts in law, society, and government spawned by religion-fueled hostility; assaults on racial and ethnic sensibilities; the slow, agonizing death of democracy; and the decades-old rise of greed-driven, power-hungry oligarchy.

That’s just the background noise obscuring intelligent discursive signal about so many more problems — local, national, global — that the billions of us ruled by oligarchical forces sense are beyond our control or, often, our comprehension.

Add in the immediate, inundating surface noise: There’s the racially charged divisiveness crafted — or at least proudly nurtured — by Donald Trump. There’s the ever-shifting personalities adopted by Hillary Clinton as she tries repeatedly to imitate a human being instead of a corporatist. There’s Mitch McConnell, who has declared he alone should decide whether a Supreme Court nominee should receive a fair-minded hearing (ha!) and a vote. There are all sorts of “journalistic” media — print, online, cable, and broadcast —consumed by such politically charged, personality-driven stories. Why? Ratings. Traffic. Circulation. Ad revenue. Profits. Beat the drum loudly and often — if it’s not for Taylor Swift or Kanye, then it’s for Trump, Clinton, McConnell, or some guy named Obama.

The reasons for my anger flow in undammed, unchecked. They reside in a pool of dismay, fear, disbelief, shock, and sorrow. Anger fertilizes hate: Who to blame, who to attack, who to flay?

There is so much anger to endure. It has grown far too powerful, begetting and masterminding a world overflowing with hate.

Anger ends peace. Anger oozes conflict. Doesn’t anger produce hatred? And not just between nations and city-states and ethnic regions — but also between you and me. Too many of us, lost without an experience of inner peace, fight wars inside that seep outside, turning neighbor against neighbor, friend against friend, lover against lover. Too many of us reside in a pit of relentless helplessness. We churn through our days, wondering Does this get any better?

Anger has consumed too many of us — too many of the electorate of any political skin have discarded the notion of free speech or fairness. Attack Trump protesters. Repel Republican true-believers. Anger and hate seep through all facets of politics.

Peace should begin with each of us, resolutely opposing anger and its consequences.

But these days, that’s a tall order. So few examples of sufficiently exemplary human beings exist in our mediated political, social, and cultural landscapes for us to emulate.

With that realization, sadness surrounds and consumes my anger — 2016 ain’t gonna be a good year.