Then they fight you: DNC shuts down Sanders campaign 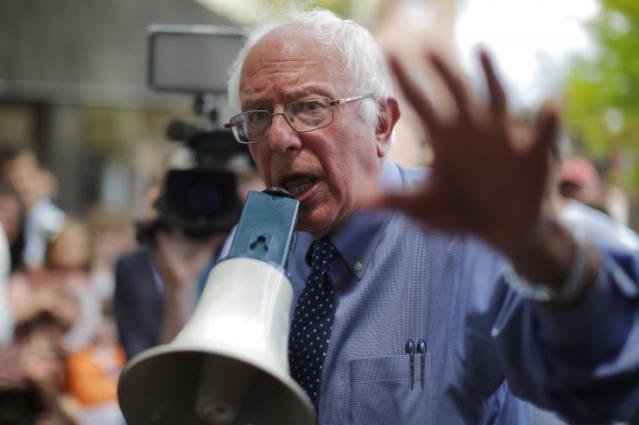 As campaign manager Jeff Weaver said, “We were very concerned that large amounts of our own data was being downloaded and we contacted the DNC to remedy the situation. We talked to them and we were assured that this was going to be taken care of. But apparently they are not competent in terms of maintaining the security of their data between the campaigns.”

It’s almost as if the Clinton campaign was using the private company NGP-VAN to spy on the Sanders campaign, and the Sanders campaign, in honest, upright, and dutiful fashion, informed the DNC of the problem. In response, the DNC and the private company, instead of simply slinking away like a thief caught in the act, deliberately continued the behavior.

It’s quite a pickle for those of us who support Sanders, who want to believe that the DNC are interested in representing regular people that don’t own private companies with data management contracts. It sure does look like a guy with 2 million individual donations and a 40 year pristine record of public service just got caught in the gears of the Clinton machine, what with the paucity of debates, all of which are scheduled during off-peak viewing hours.

Literally millions of people, Democrats, Republicans, and Independents, have chosen this candidate a year before the election. This is a man untouched by scandal, whose biggest problem is that he refuses to accept money from lobbyists. This is a man who has spent a lifetime guarding the values of our republic in relative anonymity, a man who has refused to trade favors for favors, refused to “play ball,” who has fulfilled campaign promises repeatedly, and won reelection without compromising his principles.

Yet, somehow, the DNC, the private company NGP-VAN, the media, and, implicitly, the Clinton campaign, insist that he is crooked, dishonest, slippery, untrustworthy, and has been caught trying to fix the election. We’re not buying it. We know this guy. Those adjectives describe many politicians, but they do not describe Bernie Sanders. If the Clinton campaign believes in free and fair elections, they should immediately stand up for the Sanders campaign.

I don’t want Sanders to run as a third party candidate. I want him to have the opportunity to run as a Democrat. He is a serious contender and deserves to be treated as such. It takes a great deal of courage to choose principles over power, to soldier onward in the face of bloodthirsty opposition and intraparty competition. Bernie Sanders has done that. We, the people, owe it to him to stand up and voice our continued support, to demand that the light of justice shine in all places, in the halls of power and the in smoky backrooms of partisan politics.