Women at wells have problems, evidently… 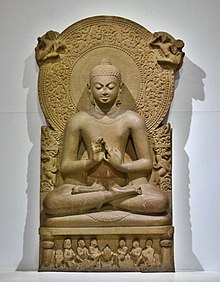 Each morning my wife Lea and I read together, a delightful habit which we have been practicing for a number of years. Our readings consist of a religious/spiritual works (we are eclectic, though our readings tend to rotate between the Christian and Buddhist, particularly Zen Buddhist, traditions primarily), works about art (we’re fond of both art history and criticism), and poetry.  We recently finished the 1928 Book of Common Prayer, and we are currently working our way through a work called Teachings of the Buddha. This work is a compendium of various lessons and stories – one might use the word parables safely – attributed to Siddhartha Gautama.

Of particular interest to us have been remarkable similarities between stories of the Buddha’s experiences and stories of those of a later teacher, one well known (at least by name) to Western culture – Jesus Christ. One of these “shared stories,” the woman at the well, is worth a look because it gives us insight into the traditions of two major religions and of how we understand their teachings.

In the Buddha story the Enlightened One’s favorite disciple Ananda has an encounter with a woman of low caste at a well. When he asks her for a drink, she warns him off by telling him of her low social status. Ananda responds by telling her that he is not interested in caste, only in water. Elated by Ananda’s treatment of her, the woman, named Pakati in the Buddha story, goes in search of Ananda and meets the Buddha. He enlightens Pakati that it is not Ananda she seeks but the kindness he has shown her. He urges her to follow the path Ananda has revealed to her:

Swerve not from the path of justice and righteousness and thou wilt outshine the royal glory of queens on the throne.

In the Jesus story, it is Christ himself who has stopped at a well and who asks a woman, a Samaritan, a group often considered hostile by Jews, for water. She, like the woman in the Buddha story, resists giving water to Christ. He then reveals himself as “the way, the truth, the light,” as is his wont and offers her “living water,” i.e., a chance to follow the new way, a way that will allow her to