I caught a cold last week. So I missed several days of scrolling endlessly and mostly fruitlessly on Facebook. 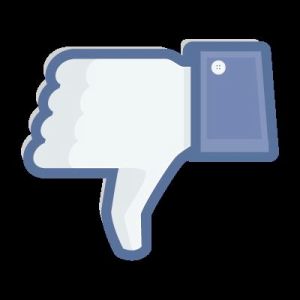 My world, sans Facebook, did not end. The sky did not collapse upon me. Chicken Little became, for a few days, merely chicken soup.

I did not suffer from FOMO — that Millenial-dreaded “Fear Of Missing Out.” I don’t care that I missed so many things that so many others felt so important they had to be shared. I read books instead.

I probably missed birthdays and Facebook invitations to “send a message” to the honorees. Maybe I missed my brother reaching his biking mileage goal. (So I called him and asked. He’s close.) Surely numerous friends and former students posted more kid pictures. I missed, no doubt, hours of scrolling through auto-play videos, listicles, quizzes, cute (to someone) YouTube kittens and puppies, what (to someone) is newsworthy, screeds about morality and politics, and the “ten things you need to know now.” I didn’t learn what Shakespearean character I am or what my favorite color says about me or whether I can successfully identify hit songs of the ‘70s. My bout with a virus deprived me of screen loads of time-wasting crap.

I no doubt missed stuff that portrays people’s lives in a manner probably far more fabulously than the lives they actually lead. (No one posts status updates that proclaim him or her a loser. Rather: “Hey, look at me! I’m terrific!”)

Thus I’ve had to assess what Facebook means to me. How actually useful is Facebook in my life? What’s the balance between cost vs. benefit?

I’ve been a journalism professor for more than two decades. Profs like to see what becomes of the young men and women they taught as their professional careers and personal lives unfold. Most of my 571 Facebook friends are former or current students. Facebook provides for free those distant digital glimpses of them and their growing children (sometimes ad nauseam). I watch them advance in their careers. I like that.

But, I suppose, the number of Facebook friends of heartfelt interest to me is much smaller than the total. I’m in touch with those in other, more analog, more affectionate ways. We do more than text. We actually speak over phone calls. We send notes, cards, and letters through the U.S. Postal Service.

I have a few family members on Facebook. I don’t need Facebook to keep track of my brothers. (Mom knows everything; I just call her.)

Facebook’s utility in following students, friends, and family is advantageous but not essential to how I live my life these days.

That leaves Facebook as professional and creative promotion. I write posts at Scholars & Rogues and pimp them on Facebook. I am a decent photographer; I post images at a group photo blog I co-founded and promote them on Facebook. I wrote a novel; I told Facebook about it. (So far I’ve sold 207 copies!)

I photograph and write primarily to satisfy only me. Facebook affords me the opportunity to share with friends and family. But my own sense of what’s good or bad rules. I don’t need Facebook for incessant back-patting through “shares” and “likes.” (Hey, it’s nice, but does ease of digital compliments magnify the compliments so much I must lust after more of them?) Facebook has taught me I prefer friendship or succor the old-fashioned way — hug me; don’t message me.

I do not share much about me personally. Facebook sucks up unbelievable amounts of data about us, far more than we realize, as does every social media and consumer website we inhabit. The adage is simple: If it’s free, you’re the product being sold. I tell Facebook as little as possible about me. (But ads for that corduroy jacket I viewed at L.L. Bean a few weeks ago have stalked me on Facebook and far too many websites. My customer loyalty to Bean, begat in 1964, has taken a hit.)

Facebook is as addictive as drugs, alcohol, or smoking for too many people. Facebook knows it. It wants us to stay “engaged” on Facebook for hours at a time. So it has no sorting mechanism that quickly and efficiently lets us see only what we want to see. (A good news site organizes content much better than Facebook. They don’t waste our time.) Because about a billion people may be addicted to that endless scrolling, Facebook gathers data that massively shapes what we see there and elsewhere.

On Facebook, far more noise exists than signal. It desensitizes me and others to what really matters in life, love, family, business, and friendship. It deters us from actively seeking what we need to know to operate our lives effectively by distracting us with bright, shiny baubles of Internet buffoonery. Facebook upends our willingness or ability to turn off the noise.

Facebook is not an arena for well-considered thought, the rumination that requires time and deep reflection. Facebook wants us scrolling and doing things — liking and sharing and snarking. Facebook wants us active, because each act we perform — including both words and emojis we use in status updates — can be categorized and counted. When we act on Facebook, we become data.

Packaged as data, we are sold to the highest bidder. Facebook’s algorithms can identify an emotion such as sadness and sell that knowledge to an advertiser. Soon that sad user’s timeline shows ads for Prozac.

Our humanity is not Facebook’s interest in us. Its raison d’être is keeping a billion people from thinking too much. If we thought too much, we’d realize the true cost of using Facebook.

Yeah. Me, too. Just slip that digital needle into a vein, please.