Historic sites fill a variety of the Islamic State’s needs, none of them good

Historic sites serve every purpose to the Islamic State except actual preservation of cultural heritage. 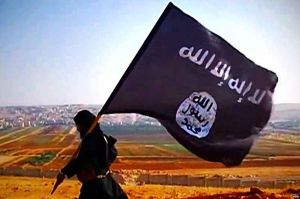 The beheading by the Islamic State of “Mr. Palmyra,” Khalid al-Asaad, the retired chief of antiquities for historic Syrian site, Palmyra was the latest insult to both the citizens and the cultural heritage of the territory it conquers. It should be noted that it’s thought that Asaad was first tortured, but apparently refused to reveal the whereabouts of certain antiquities that the Islamic State sought.

The Islamic State has said that the historical objects and sites it destroyed were heresy to its ideology, which is rooted in Wahhabism. In Palmyra, for example, the group blew up two historic tombs, one of a Shiite saint and another of a Sufi scholar, because it considers them to be forms of idolatry.In March, the Islamic State released videos showing its militants shooting at and bulldozing Hatra and Nimrud, ancient sites in northern Iraq. The dramatic footage gained significant media attention, allowing the group to extend its message widely and potentially expand its recruiting.

Two: profiting from selling those antiquities (presumably those more portable) that they don’t blow up. From the same article.

The Islamic State took advantage of “an already thriving trade in looted antiquities” that had been established during years of conflict in Iraq and Syria, wrote Amr al-Azm, a professor of Middle East history and anthropology at Shawnee State University, for the Middle East Institute. Palmyra’s ruins had already been looted for some time before the Islamic State took control, for example.There are thousands of archaeological sites across Iraq and Syria and, although the Islamic State seems to be more efficient at moving antiquities, it is operating within a large, established system of looters.

Three: for cover. From the New York Times article about the execution of Asaad on the historic sites in Palmyra:

… some think they are using them for protection, assuming that the United States-led military coalition that is bombing the Islamic State in Iraq and Syria will not bomb a Unesco heritage site.

The ever-ingenious Islamic State thought up yet one more use for historic sites.

Matthew Hall, a fellow with the Atlantic Council’s Rafik Hariri Center for the Middle East, wrote that the Islamic State is also “keenly aware that Palmyra offers a prominent stage,” where the group reportedly used the ancient Roman theater to film executions.