The offended and the offenders 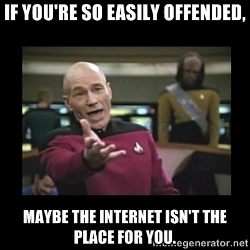 Some are circling the wagons, but for what cause?

I haven’t had much to say about politics of late, or society in general for that matter, and I’m beginning to like it that way. But since the whole flag/distraction debacle, something hasn’t settled right for me. I’m personally of many minds on it, seeing it historically, as it was intended, as it has been co-opted, as it’s currently used for both benign (if misunderstood) and malignant reasons. Symbols are big enough signifiers to hold many meanings. C’est la vie.

But there’s a secondary trend, a reaction to the whole flag debacle, a chorus of derision aimed at notion of being offended. These critics rightly suggest that there’s no right to not be offended. To make their case, they often seem to exhibit a strange glee at then intentionally offending, because fuck you. 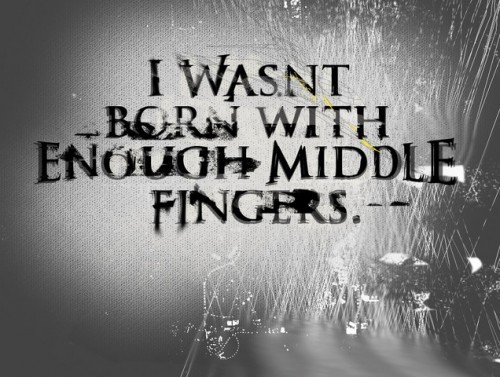 Okay. As an aging punk rocker/goth/rivethead/metalhead, whatever I am/was, I get that. Not being part of any particular faith, I don’t see anything contradictory between my thoughts and behaviors. But here’s the thing, and I think I’m right here, so do correct me if I’m wrong. And this isn’t meant to insult any particular persuasion/leaning, just to observe on the usual labels.

I haven’t seen this “offend because fuck you” approach from anyone I’d normally think of as being either on the left, or “left-friendly,” well, at least recently. Most recently I’ve only seen it from folks and sources that trend heavily to the right wing. I get how that probably breaks down like that. But there’s a tendency to correlate “right wing” in America with at least some types of Christianity. By some types, I just mean most likely Protestant, most likely evangelical. Other than that, I can’t peg it. With over 200 denominations in the US, Christianity itself is hard to peg.

Whatever kind of believer I might be, I don’t fit labels terribly well, so I can’t speak for any particular type. Maybe someone better versed in how their walk of faith works than I am can shed some light here.

When people feel offended (which is putting some of these issues way too mildly) for what they think is good reason, for example, a history of slavery, racism, lynchings, segregation, Jim Crow laws, etc., or a history of being slaughtered, cheated, relegated to reservations, and cheated some more, or a history of being ignored, silenced, dominated, beaten, raped, and so on, why is there such an urge to circle the wagons and defend the offenders?

Again, I get why non-believers/other believers might be able to find that in their comfort zone. But for observant Christians? What about Matthew 5:22? 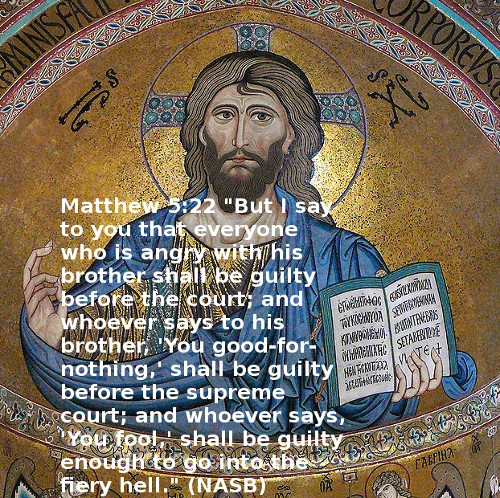 As I understand it, there’s certainly an element of compassion for the feelings of others, but more importantly, the personal responsibility for both the words that come out of one’s own mouth (or whatever their message is and however they bear it) as well as the motive.

Whatever anyone believes, given a choice between hostility or compassion, I hope one’s beliefs tend to make a person choose compassion. I can’t fix the broken world we live in, so I choose to hope for what I think we can all agree would be a better one. If only we could direct all that wagon-circling energy toward some good and compassionate cause.