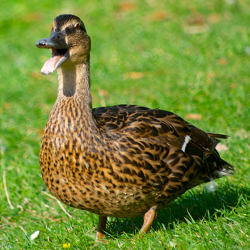 Looking at this chronology of the NYT’s coverage of the Oz story really makes me wonder why they’re giving him a reach-around.

Here’s my summary of the coverage as extracted from the above linked search results:

Five pieces on the attack. Six pieces on the defense. What gets me is the last four in the chronology. It seems to me that Oz has cranked up his PR machine to manage the message and NYT is busily rubbing lotion on its hands. This isn’t a case for equal coverage for all sides. The NYT shouldn’t just be a soapbox from which a celebrity quack can run damage control.

This not just in: Scientists tallied up all the advice on Dr. Oz’s show. Half of it was baseless or wrong.

And what they found was disappointing but not exactly surprising: about half of the health recommendations had either no evidence behind them or they actually contradicted what the best-available science tells us. That means about half of what these TV doctors say to their millions of satellite patients is woo, and potentially harmful and wasteful woo at that (emphasis added).

And just who is the audience for Oz’s special brand of claptrap? In other words, who stands the highest risk of either being harmed or of being parted from their limited funds (note: from 2013)?

If, by and large, daytime audiences are getting older, there is also some evidence to suggest that they are becoming more downwardly mobile as well. As far back as 2001, research firm Frank N. Magid Associates reported that 40% of the daytime viewers make less than $20,000 a year, and 85% don’t have a college degree. In September of last year, Pew Research published the following findings: “Regular viewers of daytime talk shows are less educated than the public as a whole. Among this group, just 19% have four year degrees, 26% have attended some college and 54% have a high school diploma or less education.” That same survey also reported: “Daytime talk show watchers stand out as the least well off regular audience. About half (51%) have family incomes of less than $30,000, while three-in-ten have $30,000-$74,999 incomes. Just 12% have incomes of $75,000 or more.”

Why in hell is the New York Times giving this snake oil peddler a megaphone? Then again, it’s not that AP is doing any better considering their articles get wider distribution.

While you’re at it, please note the way Oz frames his defense as a matter of free speech. No. It is not a matter of free speech. If Columbia does the right thing and ousts him, he is still, unfortunately, a Dr. and keeps the title as well as his brand. He still has his celebrity status, and would probably get a bump from playing the martyr card. And to top it off, it’s hardly like he’s so hard up for cash that losing affiliation with Columbia would silence him with the kind of poverty enjoyed by a huge chunk of his marks.