Volsungs and Nibelungs and Huns – Oh My…!

The Saga of the Volsungs and The Song of the Nibelungs share source material, to be sure, but it is the cultural ethos that they share that makes them fascinating – and appalling, in a heroic culture sort of way…. 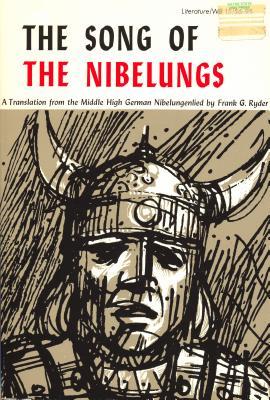 As promised, we come now to a pair of works that share a common story ancestry as well a commonalities in cultural ethos. Heroic epics and sagas reflect a culture based on power, strength, violence, and what Frank Zappa famously called “a great deal of personal hurt.” Most readers are likely familiar with at least one of the heroic epics (these are sometimes called national epics because there seems to be one for each major European country – Das Nibelungenlied for Germany, La Chanson de Roland for France, El Cid for Spain, and, of course, Beowulf for England), so dust off those memories of, you know, that class you took that time where you read that loooong poem….

While both works tell the story of a hero murdered through treachery and his beloved’s revenge on the murderers, there are significant differences between The Saga of the Volsungs and The Song of the Nibelungs. A look at those differences might be a good place to start and can lead us into a discussion of the similarity in, to use the German term, the weltanschauung of heroic culture. Those similarities are valuable to note, for some of the assumptions of heroic culture still pervade our own world views.

The Saga of the Volsungs, i.e., The Volsunga Saga (image courtesy Goodreads)

The Saga of the Volsungs is a compilation of a number of stories taken from various Viking poems. The earliest of these tell the genealogy of the hero of the main part of the saga, one Sigurd of the Volsungs. His ancestry includes  Sigi, King of the Huns, betrayed out of his crown by his brothers-in-law, Volsung, Sigis’s grandson who builds a mighty palace around a tree (an echo of The bed of Odysseus and Penelope, perhaps and whose son Sigmund pulls a sword placed there by Odin from the tree – and in doing so starts another blood feud), and ultimately Sigurd, Sigmund’s son (with his twin sister Signy) who is, as a result, a “full-blooded Volsung” and who kills a dragon, gains its treasure and its wisdom (by eating its heart), and who causes all sorts of trouble by being so -heroic. For example, he wins the heart of Brynhild, a “shield maiden,” but then, because of magic, marries her friend, a rival princess named Gudrun. Brynhild ends up married to Gudrun’s brother (Sigurd’s brother-in-law – remember what happened to the ancestor Sigi). The two queens, Brynhild and Gudrun quarrel and this precipitates a plot which leads to Sigurd’s assassination (by a brother-in-law, naturally), Gudrun’s eventual marriage to Atli (Attila), another king, Atilla’s betrayal and eventual murder of of Gudrun’s brothers to get Sigurd’s dragon gold, and ultimately the revenge of  Gudrun against Attila and the burning of his palace with Attila (dead at Gudrun’s hands) and all his retainers locked inside.

The Saga of the Volsungs is brutal, powerful, and engrossing because of the complete lack of chivalry or any of the other nonsense that in many ways spoils The Song of the Nibelungs. In the culture of the saga, people kill for power, for revenge, for self-preservation. People want fame, glory, riches and many are willing to do whatever is necessary to get them. There are those who, like Sigurd, seek to assert right as they see it and those who, like Atli, act out of greed and  ambition. Women attempt to find meaningful places in the culture but find themselves too often stymied except as instigators and goaders of men’s behavior.

It’s a culture with a lot – too much, in fact – in common with our own.

Das Nibelungenlied retells the Sigurd/Gudrun story from the Volsungs’ saga with some updates and changes. Some of these are relatively minor: Gudrun is called Kriemhild, Sigurd is called Siegfried, Brynhild is called Brunhild. Some are significant: Siegfried gets his treasure from two feuding brothers whom he kills to end their feud (a quite successful manner of ending such disputes) and has killed a dragon whose blood he has bathed in to make himself invulnerable – though he misses one small spot due to a leaf that falls on his back during his “blood bath” (an echo of Achilles’ dip in the River Styx?) and which proves to be his doom; he is murdered after a feud between his wife Kriemhild and Brunhild – though the suggestion of sexual impropriety is much more pronounced in the German epic than in the Volsung saga. After his death Kriemhild is consumed by a bloodthirsty desire for revenge – revenge against her brother Gunther and kinsman Hagen who have engineered the assassination with unintended help from Kriemhild herself who has betrayed to Hagen the location of Siegfried’s vulnerable spot. Finally, it is Hagen, her kinsman, who takes Siegfried’s treasure – though he sinks it in the Rhine to prevent Kriemhild from using it to raise an army against her brother and the kingdom of Burgundy.

The Song of the Nibelungs seems less powerful – and slightly sillier – than The Saga of the Volsungs. The major reason for this is the imposition of the elements of chivalry and courtly love onto what is essentially a heroic narrative. As a result, there are far too many scenes of knights weeping and wailing over the deaths of comrades, too many scenes of preparations of costly outfits for journeys here and there, too many scenes where one character after another makes speech after speech saying the same bloody thing over and over. There’s one other issue that causes any knowledgeable reader of Das Nibelungenlied cognitive dissonance: the Attila of this poem is – well, kind of wimpy. The author also, somewhat jarringly, clearly sees Gunther, Hagen, and the Burgundians as sort of tragic heroes (I suppose being vain, envious, covetous, duplicitous murderers is a flaw of epic if not tragic proportions). In making the ultimate destruction of those Burgundians at the hands of a revenge crazed woman the focus of the second half of the poem, the poet – consciously or not – elevates guys to hero status who have, in the climax of poem’s first half, literally stabbed a hero in the back.

One possible explanation for this can be traced to how courtly romance viewed women. Strong, willful women such as Kriemhild were seen as acting in defiance of God (they are thus like Eve, the cause of original sin – and the reason for the reviling of women about which I have written before). So Kriemhild becomes the villain of the piece. The twisted logic here seems to be that Hagen’s murder of Siegfried to defend Brunhild’s honor is okay because – man and Kriemhild’s determined efforts to get the men who killed her husband is not okay because – women.

It’s probably here where the German epic comes closest to making sense to modern readers. Sadly, that sort of sexism remains rampant in some, arguably most, quarters today. In most other ways The cultural ethos of The Song of the Nibelungs feels more archaic, less connected to modern life than The Volsung saga. So of the two works, despite the German epic’s poetic richness and more coherent narrative arc, a contemporary reader might sense a clearer connection to the world of Sigurd than to the world of Siegfried.