Nor does glossing over the Islamic State’s ultraviolence help make the case for non-intervention. 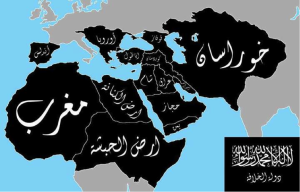 On Dec. 18, the Guardian published a report by a team of reporters, including Focal Points contributor Ali Younes, titled The race to save Peter Kassig, the American aid worker who the Islamic State captured and ultimately beheaded. The article is full of juicy details such as this about Islamist ideologue Abu Muhammad al-Maqdisi:

On 18 October, Cohen and Abdel-Rahman flew from Kuwait to Jordan, and checked into the Four Seasons hotel in Amman. Two days later, they finally met Maqdisi, who arrived at the Four Seasons in his beat up ‘97 Hyundai. They set off for Maqdisi’s home, in a relatively poor neighbourhood 10 miles north of Amman. On the way, Maqdisi’s car broke down. Cursing and stuck in the middle of a traffic jam, Cohen said Maqdisi opened up the hood and started beating the engine with a wrench. Five minutes later they were off again.

Ultimately, of course, the tale is frustrating, tragic, and yet another reminder of what an insult to the heart and mind of every thoughtful person in the world the violence of the Islamic State constitutes.

Militants from the Islamic State extremist group have shot down a fighter jet over Syria deployed by the United States-led coalition that is battling the group and have captured a pilot from an Arab country, a Syrian monitoring organization said on Wednesday.

… If confirmed, the strike and capture would signal the harshest blow yet to the coalition and could affect the resolve of the Arab nations that have joined the United States in its air campaign to weaken the Islamic State.

One plane down affects coalition resolve? That’s certainly a far cry from the fanaticism of Islamic State militants, whose willingness to risk death is surpassed only by their willingness to kill. In October at CNN, reporter Ivan Watson asked one captured by the Kurds

… what he would have done if he’d found me while he was on patrol with ISIS.

“Your fate would be death,” he tells me. “And there are different kinds of death — they would torture you for sure, they might decapitate you, or cut off your hands. They will not simply shoot a bullet in your head.”

“So you also want to come to Europe?” Todenhoefer asked [an Islamic State militant]. “… we will conquer Europe one day,” the man said. … “And the Europeans need to know that when we come, it will not be in a nice way. … those who do not convert to Islam or pay the Islamic tax will be killed.”

Todenhoefer asked the fighter about their treatment of other religions, especially Shia Muslims.

“What about the 150 million Shia, what if they refuse to convert?” Todenhoefer asked.

“So do you seriously think that beheadings and enslavement actually signal progress for humanity?”

… “I would say that slavery is a great help to us and we will continue to have slavery and beheadings, it is part of our religion … many slaves have converted to Islam and have then been freed.”

“I think the Islamic State is a lot more dangerous than Western leaders realize,” he said. “They believe in what they are fighting for and are preparing the largest religious cleansing campaign the world has ever seen.”

The Islamic State is playing a dangerous game: Their use of extreme violence and ambitions to genocide as, in large part, a recruiting tool only fuels Western resolve to retaliate, especially on Raqqa, its sitting target of a capital. But bombing it is no recipe for halting the Islamic State and rolling back its territorial games. Even if one has no moral compunctions about such a policy, the Islamic State has shown a propensity to propagate like, when cleaved, the broom in “The Sorcerer’s Apprentice.”

Back in September, Foreign Policy in Focus’ own voice of sanity, Phyllis Bennis, outlined Six Steps Short of War to Beat ISIS. They include:

Step One: Stop the airstrikes. Because what we in the U.S. see as “hooray, we got the bad guys” is seen by many in Iraq, especially the very Sunnis the president wants to persuade to break with ISIS, as the U.S. acting as the air force for the Kurds and the Shi’a against the Sunnis.

Step Two: Make real the commitment for “No boots on the ground.” … The U.S. must also stop flooding the region with arms … and end its policy of ignoring the violations of human rights and international law committed by its allies.

Step Three: Organize a real diplomatic partnership to deal with ISIS. … [Broaden U.S.-Iran nuclear talks] to include discussion of a real “grand bargain” between the U.S. and Iran, to include all the regional crises.

Step Four: Initiate a new search for broader diplomatic solutions in the United Nations. That means working to build a real coalition aimed at using diplomatic and financial pressures, not military strikes, at the international level in both Iraq and Syria.

Step Five: Push the UN … to restart real negotiations on ending the civil war in Syria. That means everyone involved needs to be at the table: the Syrian regime; civil society inside Syria, including non-violent activists, women, young people, refugees, etc.; the armed rebels; the external opposition; and the regional and global players supporting all sides, including the U.S., Russia, Iran, Saudi Arabia, the UAE, Qatar, Turkey, Jordan, and beyond.

Step Six: Massively increase U.S. humanitarian contributions to U.N. agencies for the millions of refugees and displaced people from both Syria and Iraq.

These suggestions, no matter how sensible they may seem to you or I, are a bridge too far outside the box (to mix a couple of metaphors), especially stopping the airstrikes, not flooding the area with arms, and cooperating with Iran on regional security. Just as the Islamic State is creating its own —however barbaric — playbook, the West needs to kick the tires on a new paradigm.

Cross-posted from the Foreign Policy in Focus Blog Focal Points.