The Steve Scalise story you’re not getting 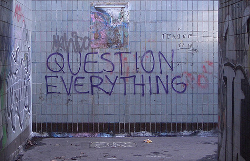 As you may or may not have heard, Rep. Steve Scalise (R-La), House Majority Whip since August, spoke in front of some bad people back in 2002. The story was broken at a (mostly) Louisiana political blog, CenLamar, by blogger Lamar White, Jr. Steve Scalise reportedly had spoken in front of a conference held by an organization founded by none other than ex-Grand Wizard of the Ku Klux Klan and Louisiana political darling (sorry, Louisiana, but you wet your own nest, so the stink sticks), David Duke.

I spotted the story two days ago via the rather (if not far) left Addicting Info. Given the nature of the story, this is not surprising. It’s exactly their kind of red meat. I have a hard time believing any right-wing source would spot a story like this and give it any air by trying to get in front of it. Since then, several other media outlets have been flogging the story and to the extent that the right-wing has finally made noises, they have been largely of the “nothing to see here, move along” variety. So far, par for course.

The thing is, I was fortunate to have spotted the story early on as it started getting traction, rather than after the mainstream got hold of it. I read the CenLamar piece. It was well done, but, as noted at Reddit by an early commenter (since revised), the evidence seemed rather thin. There was an incriminating post at a Stormfront forum, dated in 2002, noting Scalise’s speaking engagement there. As defenders of the point have noted, maybe that’s thin evidence, but seriously, who back then would have imagined the need to fabricate such an off-handed observation about a political nobody (at least on the national stage)? Even so, I started digging to the best of my limited ability.

I found another post at the Stormfront forum advertising the conference at which Scalise spoke, but it didn’t mention him by name. The link to the registration for the conference points to a long-dead URL, which makes perfectly good sense given how long ago registration would have closed. I looked around for a program or other materials from the conference, but could not find anything. I looked for photos, but could find nothing.

As I thought I’d maybe grasped at my last straw, it occurred to me to search for Steve Scalise’s Financial Disclosure Statements. At that early juncture, Scalise’s team hadn’t even had an opportunity to respond, much less attempt denials or even admissions of the damage-control variety (as we’ve now seen). My thinking was that if Scalise was willing to accept a check from EURO, which is about the next best thing to accepting one directly from KKK poster boy David Duke himself, maybe he’s accepted other shady dollars. And would you believe it? I found something, although the shady party comes in layers.

On page 9 of 10 of Scalise’s Financial Disclosure Statement for the 2009 calendar year, he discloses that he received travel payments and reimbursements in excess of $335 for the dates of August 1-9 (2009), for himself only, including lodging and food, from one American Israel Education Foundation, a “charitable organization affiliated with AIPAC.”

That’s odd. Why would an AIPAC affiliate give money to someone who spoke at a conference of hate-mongers hosted by an organization founded by noted anti-Semite David Duke? I emailed AIEF to find out, but have not received any response.

Now, on the one hand, I find Scalise’s admission admirable. It was a far savvier thing, politically speaking, than I think we’re used to. All too often the script seems to demand denials, followed by smoking guns, followed by equivocations, all of which usually results in no consequences for the offending party. Scalise skipped right over the denial and “caught with his pants down” stage and jumped right to equivocation. Is he a racist? Honestly, I don’t know. I’ve never met the guy. I’ve yet to see a gotcha quote that nails him down so easily. Is he an anti-Semite? Same answer. If one scans the news about this little fiasco, one will find plenty of Scalise supporters suggesting he’s the sweetest thing since sugar cane.

So at this stage, this story, like so many others, leaves me with more questions than answers. Notwithstanding David Duke’s palsy praise, or his sudden urge to cling to Scalise like a bad scent in a closed elevator, there’s still the little matter of Scalise’s believability. Not even RedState is buying it. But I’m stuck on that travel reimbursement from the American Israel Education Foundation.

Even assuming Scalise is the garden variety Washington, D.C. political whore who will take money from all comers, a little from anti-Semitic white supremacists in one hand, a little from an affiliate of a pro-Israel lobby in the other, what on earth is AIEF doing joining in this little reach-around? Related to this particular story, the press (from what I’ve seen so far) hasn’t mentioned it. As it happens, there’s a story that predates this one. Last year, Roll Call reported that Michelle Bachmann received some money from AIEF as well, along with several other Congresstitutes.

Although trips are not supposed to be paid for by lobbyists or those hiring lobbyists, the trip approval forms and agenda do include a listing of each member invited, their committee assignments, and specific bills sponsored or co-sponsored, relating to Israel. The trip also included a tour of the Israel Aerospace Industries Ltd., and the Defense Ministry.

Oh, look. There’s Scalise again. 2009 may or may not have been his first visit to Israel on the pro-Israel dime, but it certainly wasn’t his last. To the extent that this might be exculpatory, insofar as the contagion of anti-Semitism might otherwise make a leper of him, one would think the right would be making the most of this. But where’s that story? To the extent that this might dilute the Left’s attack on him, it’s utterly unsurprising to see their silence.

Or maybe it’s so much simpler than that. Maybe nobody who’s paid to be part of the Fourth Estate and fulfill its mission of providing a check to government shenanigans is bothering to do their due diligence, even though poking in Financial Disclosure Statements is common practice. To the extent that AIEF is apparently distanced from the actual lobbying of AIPAC by virtue of a name and different bank accounts, why is it this group gets a pass when it comes to repeatedly dragging representatives of the American people around the Holy Land to brief them on “U.S. Israel relationship and Israel’s relationship to other countries in the region?” Isn’t that what we have a State Department for? And to the extent that the disclosures only require reporting reimbursements in excess of $335, why the hell doesn’t it demand a specific number now that we know just how in excess that figure may be, for example $23,352 for the trip as reported by Roll Call, a trip lasting only a week?

Shady Layer 2: Lobbying for foreign interests called anything but and permitted to the tune of $25,000/week of briefing/junket. Check.

Shady Layer 3? What about the all-too-apparent synergy between those conservative, post-racial, absolutely not racist, anything but racist social and fiscal policies and the white supremacists that love them. As noted previously, RedState doesn’t even buy the barriers Scalise is attempting to erect. I refer you once again to that RedState piece linked above.

He embraced “many of the same ‘conservative’ views as Duke,” but “Duke has proven that he can’t get elected.”

Electability over principle is rarely the smart play because more often than not the voters figure it out. That Scalise sought to agree with Duke’s “conservative” positions, but thought him unelectable is typical of how Republican leaders operate to the party’s detriment.

Sadly, Erickson, like so many well-intended conservatives, fails to follow his own argument where it ineluctably leads. White supremacist organizations and their members prefer certain policies for certain effects they expect those policies to have. Conservative policymakers, rather than liberal ones, just about exclusively prescribe policy that just so happens to cater to those white supremacist inclinations. One doesn’t need to then suppose that conservatives are therefore racists. But it is entirely dishonest for anyone to give conservative policymakers a pass for failing to consider and honestly address just what it is that draws elements like Stormfront to them like so many flies to a fresh, hot stench.

Or are we supposed to believe for a moment that what caters to the political wishes of white supremacists can somehow be good for anyone, much less America as a whole? If conservatives are to be believed when they say that it’s actually left-wing policy that keeps the black man down and that they, the conservatives, are the ones who truly seek to further emancipation by requiring greater personal responsibility, what’s in it for the KKK contingent and the prodigal Dixiecrats who otherwise would have no substantial political benefactors?