Who Would Jesus Torture?: ’tis the season to keep your powder dry 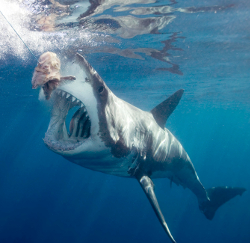 The hazard of attempting to keep up with the full spectrum of the news/infotainment/propaganda establishment is that one actually becomes aware of the breadth and depth of the opposition. On any given day, when I click the “All Articles” button in my news reader, the one that spits out articles from over a hundred sources all mixed together without regard to topic or political persuasion, I’m as likely to see lolcats next to the latest advances in science as I am to see liberal politics mixed in with CNN’s feeble attempts at news coverage mixed in with headlines from The Blaze. I’ll be honest, there are times I actually do find valuable information at The Blaze. No end of the spectrum has cornered the market on the full story of the world we live in. So this isn’t necessarily to say that I only look at The Blaze and other sites of its ilk solely for the sake of disparaging them.

For that matter, if I’m out to disparage something, anything, and just waiting for a target to come along, I’m likely to find it anywhere along the spectrum. Oh, look, RWNJ’s spewing nutjobbery! Oh, look, DINO’s shutting down the hard left! Oh, look, hard lefties failing to make their case! Oh, look, CNN sucking at life! Kitteh! Nevermind. Kitteh never sucks. The difference in the various disparagement pools I draw from isn’t so much of quantity and availability. The difference is in quality and degree. CNN sucking at life is just kind of a tepid given. Neoliberal party apparatchiks and their useful idiots are another. Even Turtleneck McConnell and his pals generally fail to get more than a “meh” from me, though Lindsey Graham is still one annoying as hell Southern dandy fop. For the full effect, I need to look to both extremes, left and right, and to hell with the criers of “false equivalence.” That attack only works for the attacker because the bile that emits from their chosen extreme is the bile of preference. One acquires a connoisseur’s taste for such things.

But if one really wants to find the outer limits of extremity, one must break the cardinal rule of the Internet: don’t read the comments. The “news,” such as it is, is merely the chum thrown into the water. The chum is thrown by those with an interest, however benign or malign, in the effect of doing so. And what comes to the chum? Commenters. Great white sharks have nothing on them. From my perspective, as well as that of the NSA and of the tech behemoths that make this feeding frenzy possible, this behavior is useful in the same way catch and release is to a biologist. Commenters can’t help themselves. Blood is in the water. The scent catches them, draws them in, and triggers the very best/worst of their dominance and mating routines. When spotted, the most egregious examples can be caught, tagged, and released for further observation.

So today, while waiting for the coffee to kick in, rather than clicking “Amusements” for a batch of lolcats, Fark headlines, and nifty gadgets, I clicked “All Articles” and ended up taking a ride on the chumship USS Blaze. The headline that caught my eye was hardly surprising. ‘I’d Do It Again in a Minute’: Dick Cheney Says CIA Interrogation Tactics Worked…But He Won’t Call Them ‘Torture’.  Don’t worry, it’s redirected through donotlink.com. But on seeing that headline, for some perverse reason I wanted to know what the commenters would have to say. My inherent bias is such that I expected the worst, a bunch of flag and bible-page draped hypocrites giving me exactly the kind of answer I’d expect to the question of “who would Jesus torture?”

But maybe I’d be wrong. Maybe the hard-right chumfeeders would be as aghast as I am at the power of a megalithic central government that reserves the right to throw your God-given and constitutionally guaranteed liberties out the window for the sake of inflicting a whole world of pain on those deemed guilty without the benefit of juried evidence. Maybe, just maybe, the same historical rigor used to support an individual right to bear arms would be applied to our national history of eschewing torture as a great and terrible evil.

To be fair, the two comments I read that struck me as most intelligent were from folks (as in, “we tortured some“) that, from the clues in their names and comments, I gather to be far to the right of Darth Cheney. One opined, “Yeah and his hunting buddy’s face was enhanced target practice…. Leftists, including Wilsonian R’s are always redefining the meaning of words.” Another, whose username smacks of sovereign citizen ideology, thus placing them on the spectrum, had this to say of His Darkship, “While I respect his opinion, the semantic gamesmanship gives me pause.”

Oh, but I hit paydirt. I found just the kinds of chumfeeders I just knew in the depths of my foul little black heart I would find. If sharks could strut like peacocks, these particular specimens would have some glorious plumage. Catch. Tag. Release.

Let’s take a look at the first specimen, Chumfeeder1:

Now for the second specimen, Chumfeeder2:

Clearly, Chumfeeder1 is a brutish specimen, all teeth and gristle and horror. Chumfeeder2, by contrast, is lithe and sleek. The immensity of its savagery is only evidenced in its name. It’s fox-like cunning only shows in its intellectual dishonesty. Oh, sure, we can all agree that the first sentence is true, all too horrifically true. But sentence two? That’s a mighty funny way to characterize the traumatic effects of waterboarding. I can only guess that were this particular beast to have any progeny and said progeny were snatched off a playground only to be “mildly irritated” and released, they would change their tune in a hurry.

Clearly, I’m unsurprised to find that sharks are attracted to chum. So what does surprise me?

What surprises me is that, as per usual, there is nobody policing their own. I remain surprised at the normalcy of this state of affairs. I don’t mean that the comments should be deleted according to some arbitrarily applied policy. Oh, no. I think the comments belong there, like bubbles of foul gas erupting from a swamp, telltales of the rot just below the surface. But where is some voice from The Blaze to coax the savages back into some semblance of civilized humanity? Where are other, less bilious conservatives, calling them out for their sentiments as doing more harm than good for the body politic? Where is so much as one Christian calling for repentance?

You wait for it. I’m not. I’ve learned better by now. The conflation of hard right politics and the onionskin thin appearance of Christianity yields exactly this kind of turpitude…lies, calls to enormity, and silent complicity…with such regularity one could time a train to Dachau by it.

So here’s something for that particular stripe of monster to consider. Not all of us libtards are granola-munching peaceniks filled with fantasies of sparkle-shitting unicorns and a creamy saccharine filling. Maybe, just maybe, some of us go to sleep with Hostel on repeat because we’re lulled into blissful nightmares by the sounds of artificial torment. Maybe we, too, await that glorious day of SHTF, so that truth and blood will out, so that might will right, so that we might finally put the question to the Inquisitors as to the source of their wickedness. Maybe, just maybe, we’re just champing at the bit to go all Wicker Man on your asses.

See, you think so very poorly of us but you don’t stop to think what that actually entails. You think we’re so incredibly awful as to merit torture and slaying. Somehow, your demented vision of a flag-wrapped Jesus with an AK in one hand a bloody head in the other has lodged parasitically in your skulls like a brain-eating amoeba such that you believe, contrary to anything in the Gospels, contrary to anything in Pauline doctrine, contrary to any actual Christian belief, talk, or walk, that YOU, purveyors of fetid swampgas bubbling, chumeating horror, are the force of good in this world, the solution to the evils of the monsters you imagine us to be. Somehow you think that poorly of us and at the same time think we’ll all just meekly roll over and allow you to torture and slay us. Does that even make sense to you? Does your version of God and Jesus, the one that can’t be found anywhere in any decent Bible actually even make sense to you? Does anything at all even make sense to you?

Maybe, just maybe, when the SHTF and you come sniffing around looking for real blood, you’ll find exactly the sort of nonsensical meekmonster you imagine, a monster so kind it must DIE, willing to just let you savage it in your devil-wearing-a-Jesus-mask, diabolically inspired bloodlust. Or maybe you’ll find something, far, far worse.

Or, more reasonably, maybe you’ll just find a human who made the egregious error of exercising the same rights of speech, assembly, and the ballot as you in a way you don’t appreciate, but instead of a granola-munching peacenik, maybe it’ll be one who has kept his own powder dry, waiting for your arrival. After all, we’ve seen what kind of thoughts you have, your intentions toward us, and the blackness of your souls. Should you not be of the monstrous sort, you should still approach with caution, for we’ve seen your silence and complicity. There’s no reason to expect anything but the worst from you until you give us cause to believe otherwise.